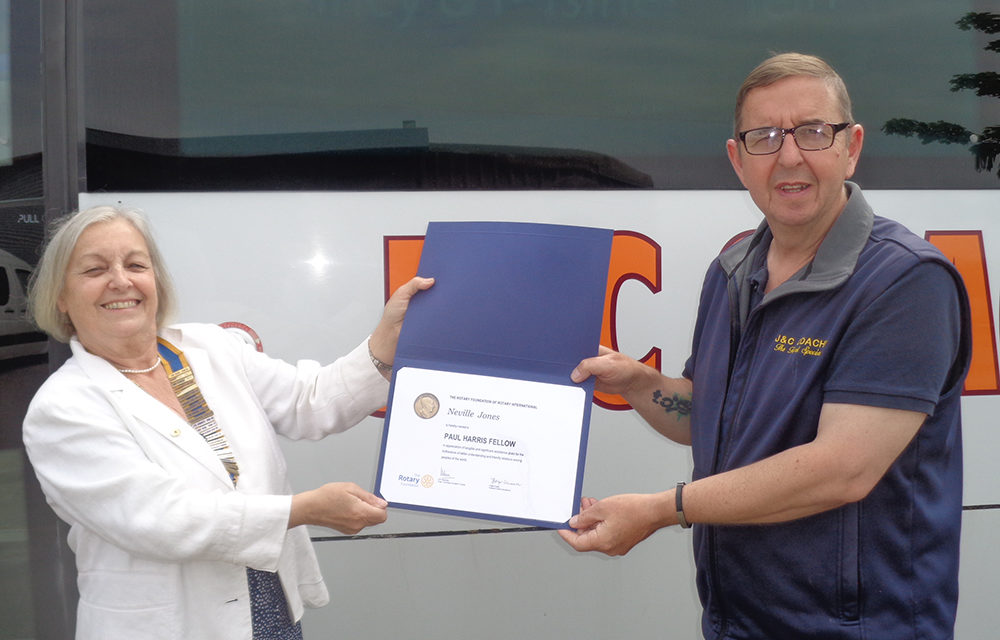 Recently, and on behalf of Rotary Newton Aycliffe, our President, Trish Pemberton, arrived at the J&C Coaches depot to present a Paul Harris Fellow Award, the highest accolade that Rotary can bestow, to the irrepressible Nev Jones. To say he was surprised is an understatement. The presentation is the last, but certainly not the least, in a batch of 7 awards and was delayed by a few weeks as Nev was busy with other priorities. In the usual voting process, it was overwhelmingly supported by local Rotarians in appreciation of the community work achieved by Nev. It is an individual award, but we do recognise that Nev has a great commitment from his whole family in the charitable work in which he is involved.

For once in his life he was speechless, an achievement in itself, but he did manage to say, “As a Rotarian himself, my Dad would have been so proud and I must mention that my Mum Freda is also a Paul Harris Fellow, so we can add this one to the mantlepiece”.

Congratulations Nev and good luck to you and the family in your future endeavours.

Tow-Way To Go This Summer 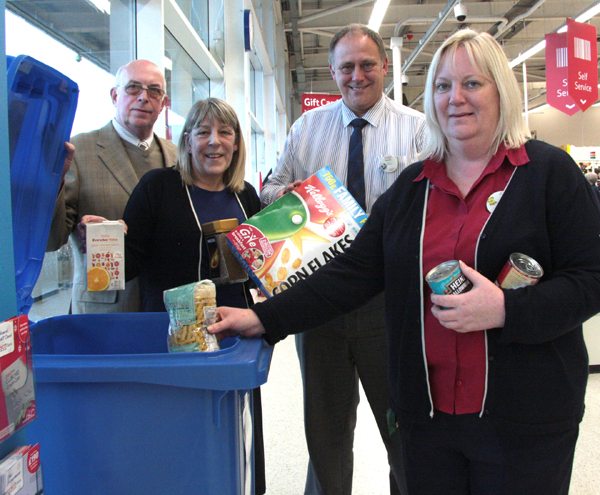 Could You be a Welfare Champion?