A history of Northern Soul in Newton Aycliffe 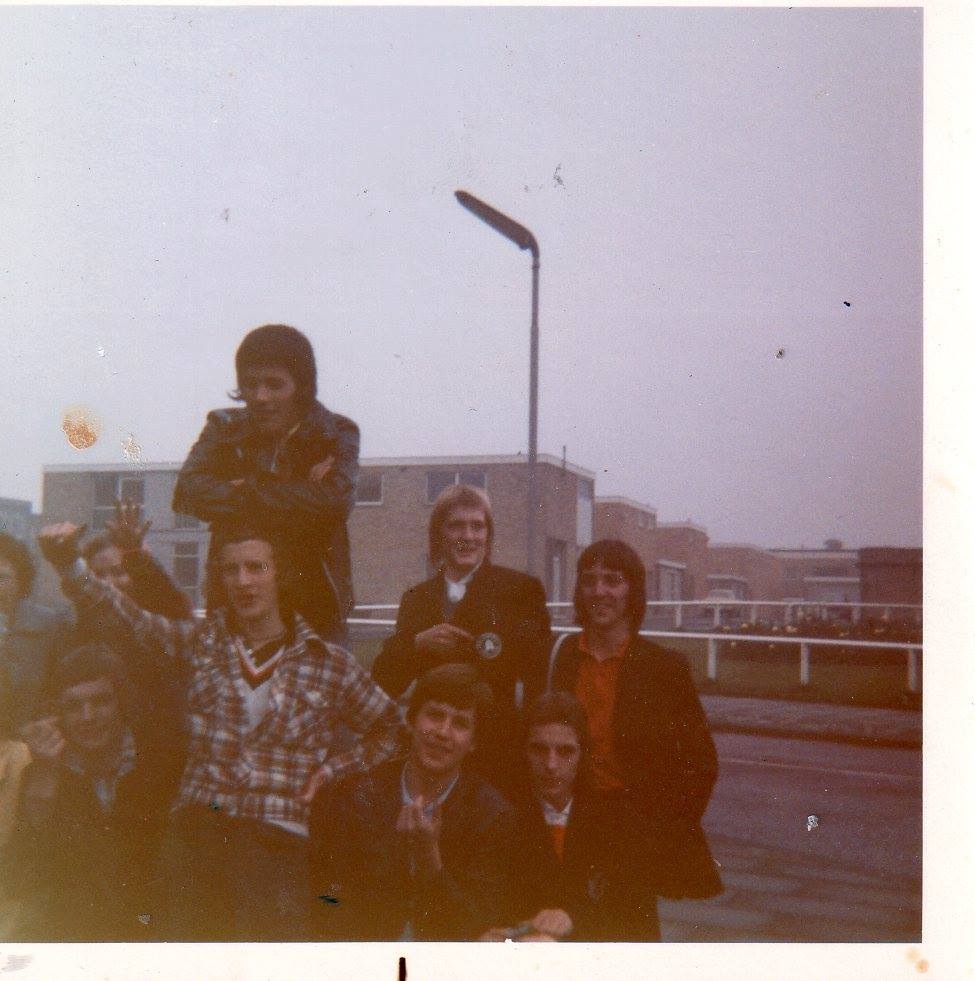 Many months ago following a gathering of “old soulies” at Newton Aycliffe’s Big Club and after talking to Geoff Miller, the seeds of an event was sown. The idea of gathering some of the original DJ’s from the 1970’s early all-nighters was agreed as long as the proceeds from the night went to a charitable source – and that charity is Zoe’s Place in Middlesbrough.

Most of the discos in the Youth Centre at the time of the early 1970’s were based around heavy rock music with long haired hippy types attending. The new youths of the town didn’t want this music, they wanted the new sound “Northern Soul”, the infectious dance beat of young America from the mid 1960’s. The Newton Aycliffe teenagers from the early 1970’s after starting the all-nighters off at the Youth Centre on Central Avenue had no idea of the magnitude and legacy they would leave for Northern Soul fans that still resonates through Aycliffe, booming like a Barry Lodge or Phil Joss hand clap.

What is Northern Soul? If you’re into it, it needs no introduction. Try to explain it and you can’t as it baffles those who don’t embrace it! Northern Soul covers sounds from the 1960’s through to the present day. If it feels right to make you take to the dance floor, whether it’s by black or white artists the record becomes tagged as Northern Soul, but, only a Northern Soul fan can tell you if it’s right. Northern Soul is undoubtedly the largest underground collectible music scene in the world with followers being the most dedicated and knowledgeable of all music collectors. Northern Soul collectors from the early 1960’s to present day search for that rare / elusive 45 with a feeding frenzy of hungry sharks, due to the internet collecting now from every corner of the world. The most acclaimed record dealer of Northern Soul is John Manship and John has been supplying rare soul records world-wide from 1969. In the mid 1970’s you could only buy Northern Soul records if you went to the All-Nighters around the country or from the likes of John Manship records via a mail order service. John used to send out a record list of the best / most popular Northern Soul records every two weeks and you had to subscribe to this service for the princely sum of about £3.00 for 4 months of lists. Newton Aycliffe boasted that it had more record collectors of Northern Soul in the mid 1970’s who subscribed to John than Birmingham and London put together. 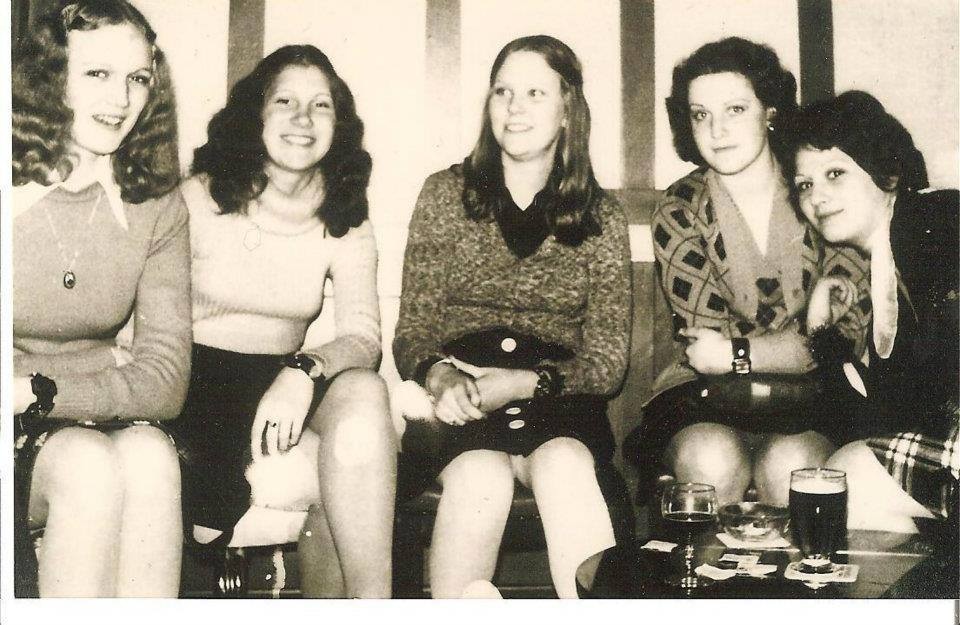 How the teenagers from the Town got the Northern Soul bug is not exactly clear but like most towns up and down the country teenagers were bored with the pop music of the day. Aycliffe teenagers started to go to the Twisted Wheel in Manchester with friends from Darlington, Harrogate and Richmond, so no doubt when they returned looking sharp with “Soul Clothes” and tales of some great music, plus stopping out all night – this had an effect on the teenagers from Aycliffe and they were now visiting the next big All-Nighter club THE GOLDEN TORCH in Tunstall, Stoke on Trent. Trips to The Torch at the weekend meant that kids from the town brought back copies of the records played at The Torch and the Youth Club during the week was the perfect platform to play them out and influence others who had not yet made the trip to an All-Nighter. With a few records played over the internal system things seemed OK, but things were about to change big style. In 1973 The Torch closed.

The first All-Nighter started immediately after the closure of the Golden Torch in 1973 and at that time Newton Aycliffe Youth Centre was the only place in England to be running a Northern Soul All-Night disco. The disco used was The Al Kent Roadshow, Al Kent – real name Alan Southam from  Wolverhampton moved to Richmond, North Yorkshire in the early 70’s but is no longer with us as he died decades ago. Initially the DJ’s were, Al Kent, Spike Thompson, Derek (Decker) Fuller, John Potts, Dave (Rocko) Brown, Paul Mooney, John Howard and Derek Boyden but plenty followed as locals queued to play their 45’s and share the newest sounds around on the Northern Soul scene. Very soon word got around about the newest All-Nighter in England and Northern Soul fans (Soulies) started to travel to Newton Aycliffe from various parts of the UK. Not too far away were regulars turning up from Newcastle (Manus Doherty, Frankie Lucas, Alec Lowes, Big Ray from South Shields, Bill Swift, Dave Bell – all big names on the Northern scene in the 70’s). Very soon travelling soul fans from Leeds, Wolverhampton, Manchester etc. we’re travelling to Newton Aycliffe to taste the Aycliffe Youthy DJ sets and friendships flourished from then to now with the likes of Dave Evison from Stoke (Dave is still big on the Northern Soul scene – DJ’ing all over the world and once resident DJ at Wigan Casino), Caesar and Wally Welwyn from Leeds. The All-Nighter’s in Aycliffe were listed in the local newspapers at the time and even had a review in Blues and Soul Magazine in November 1974. The very first guest DJ’s were a double act known as the “Soul Twins” from Wolverhampton / Shropshire? Colin Denham (Bishop Auckland) and Christine Thompson (Aycliffe) recall this All-Nighter from early 1973 hearing the likes of Lynn Randell’s “Stranger in my Arms “ and of course “Quick Change Artist” played by the Soul Twins. Soon after Aycliffe’s start with the All-Nighters, Wigan Casino opened its doors and the legendary Soul Club “The Emp” led the way for everything associated with Northern Soul. “Titch Farlowe” ran successful coach trips to Wigan from Newton Aycliffe and it was a competition to fill the bus and beat the Newcastle coach which was run by Bill Swift / Alec Lowes to the Casino. 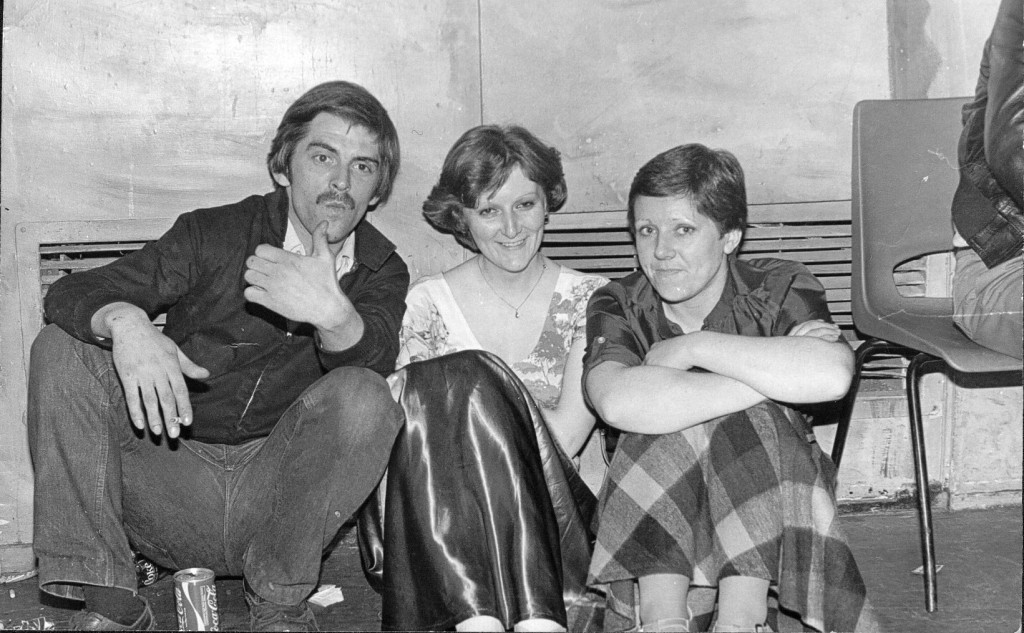 The Youthy had Mini Nighters as well and some big name DJ’s at the time as guests. By the end of the 1970’s a lot of the big name DJ’s on the Northern Soul scene had made guest appearances at The Youthy and they included Soul Sam, Alan Rhodes, Dave Evison, Steve Whittle and Brian Rae plus The Soul Twins.

So with the first All-Nighter a huge success more were planned. Wigan casino was now open and Aycliffe Soulies were visiting that club as well as Leeds Central and The Highland Room at Blackpool Mecca.

1974 saw another All-Nighter at the Youth Centre and owing to an advert placed in Blues and Soul magazine at the time it was well supported with lots of people traveling from all over the UK and a coach arriving from Leeds. As those first lot of teenagers became too old for the Youth Club they started Northern Soul nights at clubs and pubs like the North Briton in Aycliffe Village and an All-Dayer at the newly opened Aycliffe Recreation Centre and also All-Dayers at Dunelm House in Durham.

Once they were too old for the Youth Centre they also started soul nights off at different parts of the town in pubs and clubs some that are still going today. I know lots of Youth Clubs up and down the country that are responsible for starting many a teenager off on the Northern Soul path as can be seen in the new, soon to be released Northern Soul Movie, but I bet none of them were as good as Aycliffe’s Youth Centre or have left the legacy that we see today on the town. 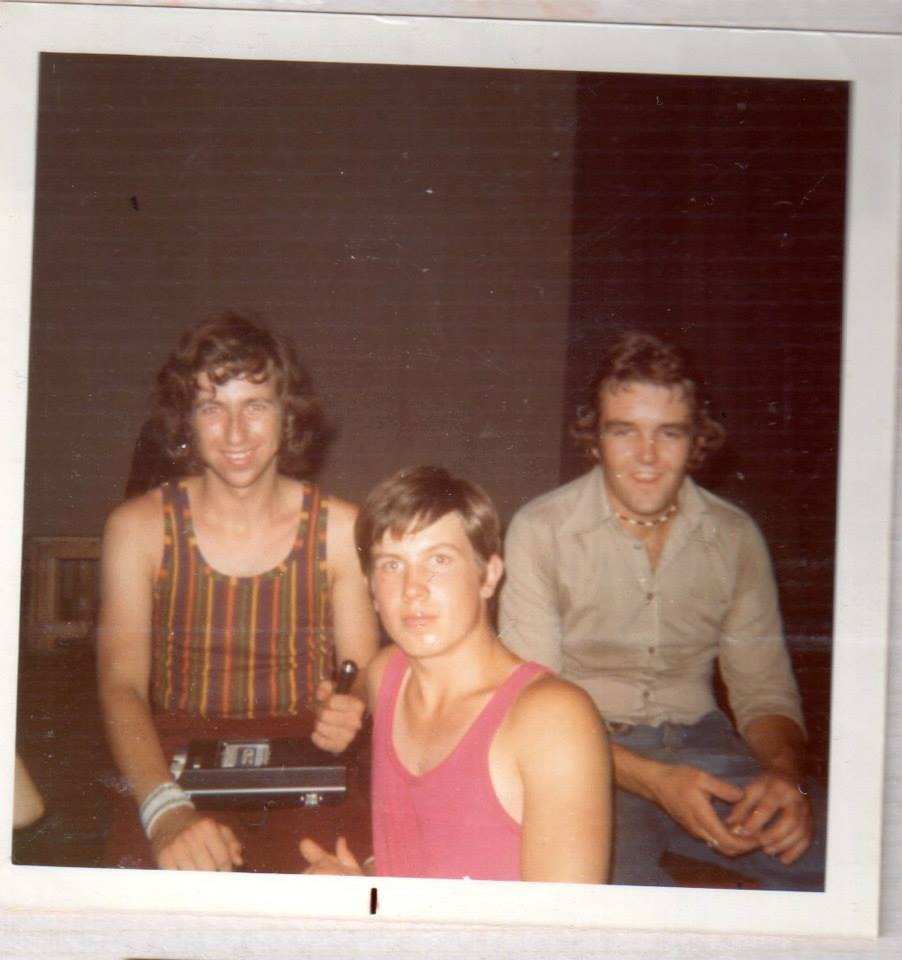 Since those heady days of the Youthy All-Nighters and the end of Wigan Casino things got really quiet from the mid 1980’s ‘till about 1995. The main stay and future of Northern Soul continued with the All-Nighters at The Top of The World Club in Stafford, but that’s another story. Y2K was when things kicked off again in the Aycliffe area with the start of Soul Nights at The Cumby in Heighington which ran up to 2006. The main protagonists at that venture were Paul Shoulder, Kev Cowey, Kev Cane and Gary Simon. The Big Club in Aycliffe followed the Cumby Soul Nights and that venture is still going strong. Following the closure of the Cumby we took a year out but things started up again at the RAFA Club in Aycliffe with Paul and Ian Shoulder rekindling the flame of Northern Soul with friend Kev Cowey.

Ex Wigan Casino DJ Kev Roberts named Aycliffe the eighth most important town for Northern Soul in England in his Northern Soul book. High Praise indeed for a small town that an Olympic triple jumper could hop skip and jump through. 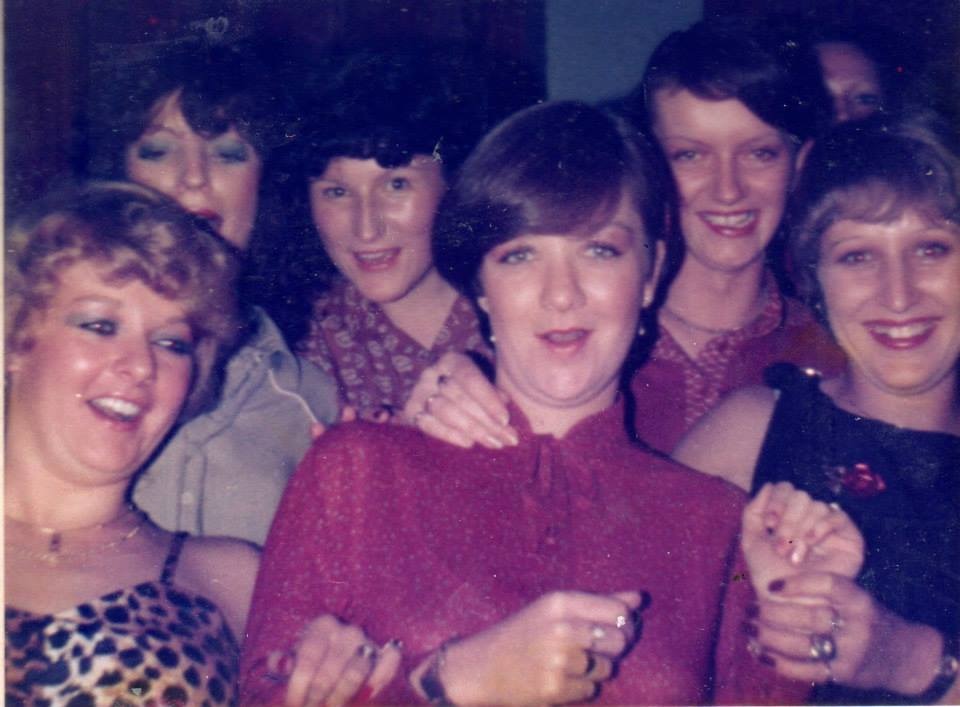 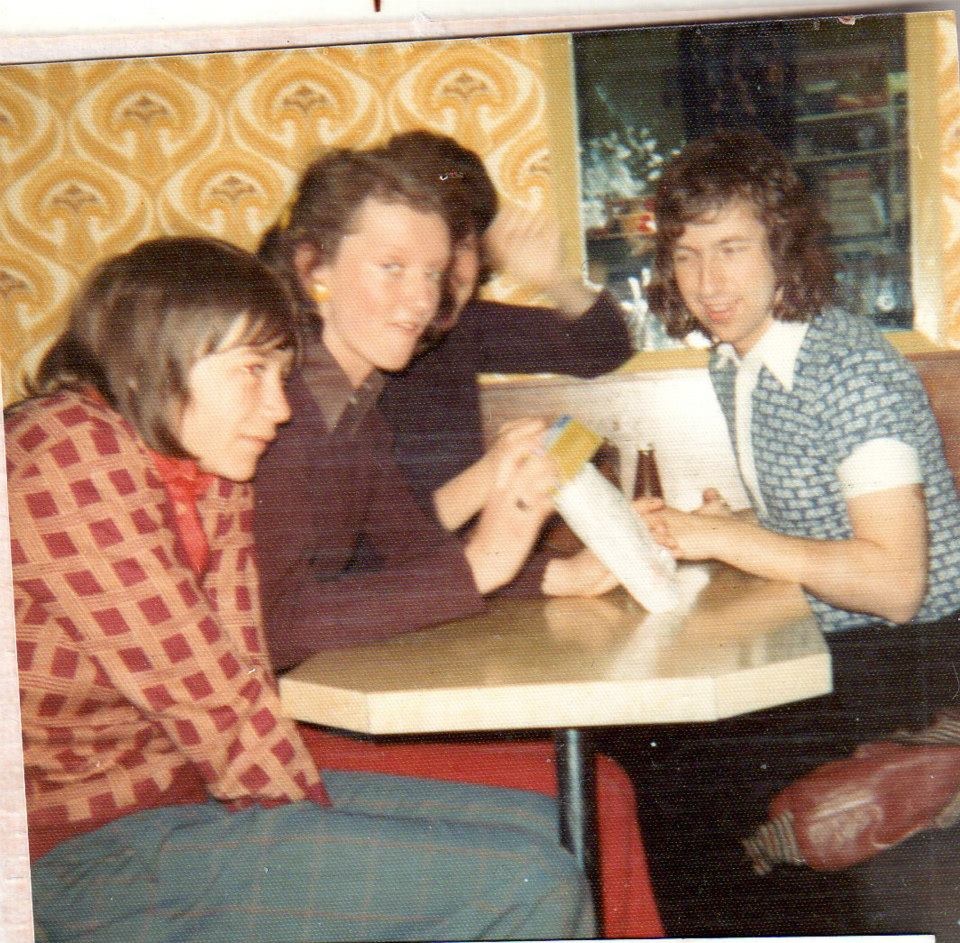 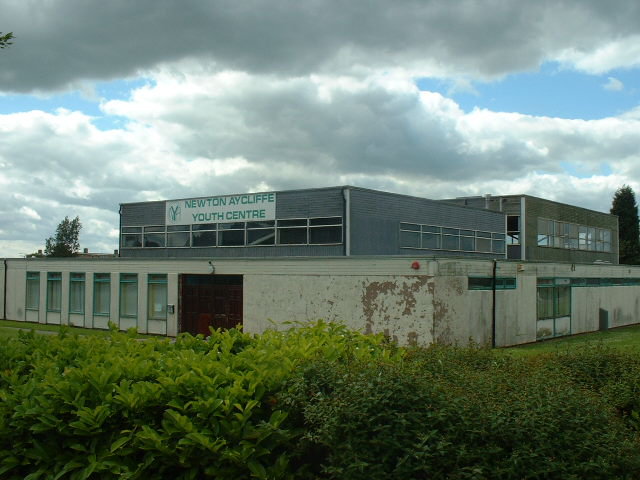 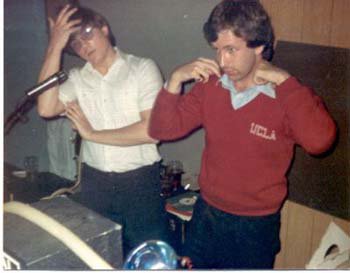 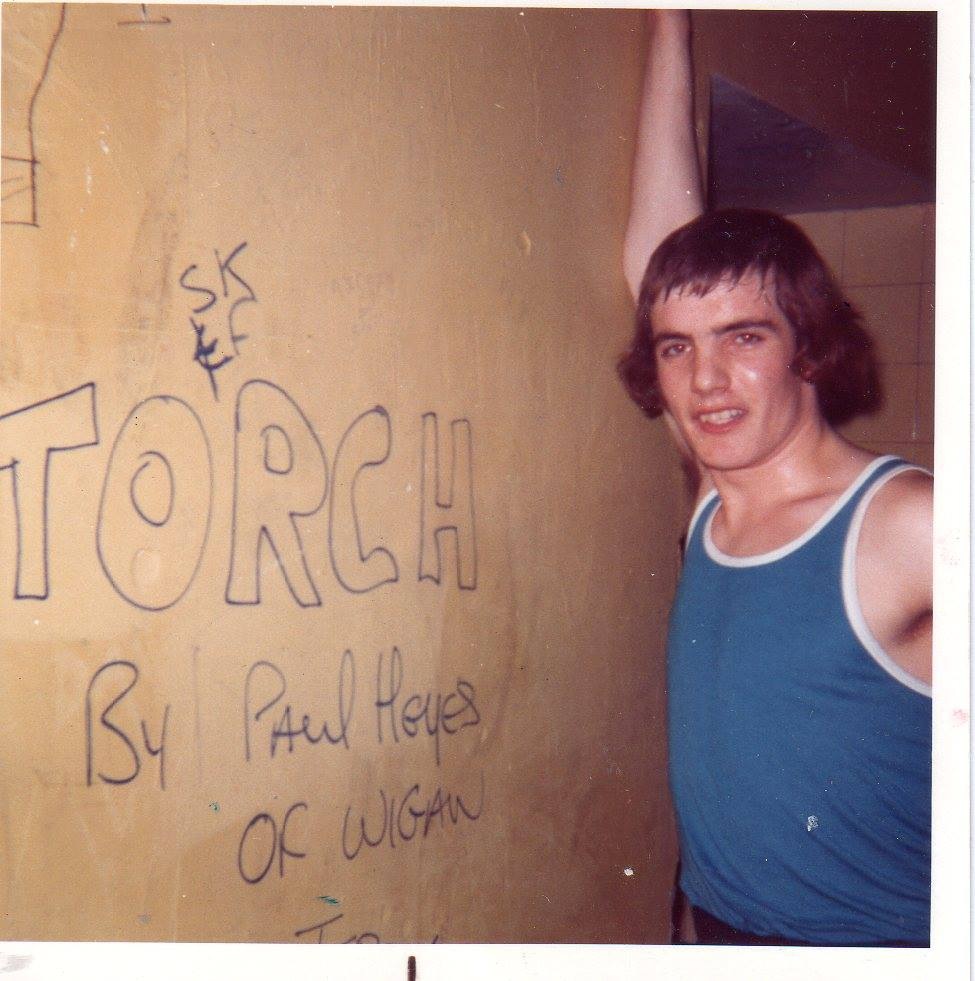 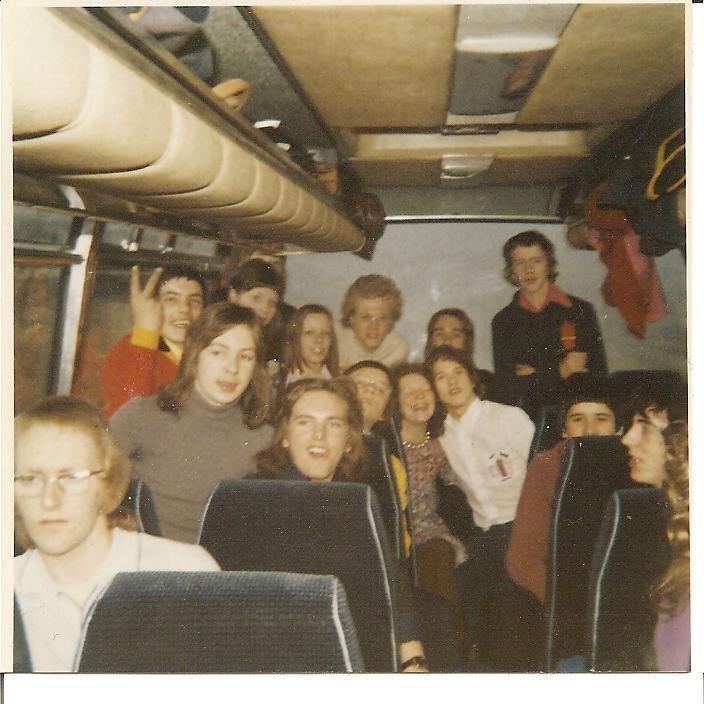 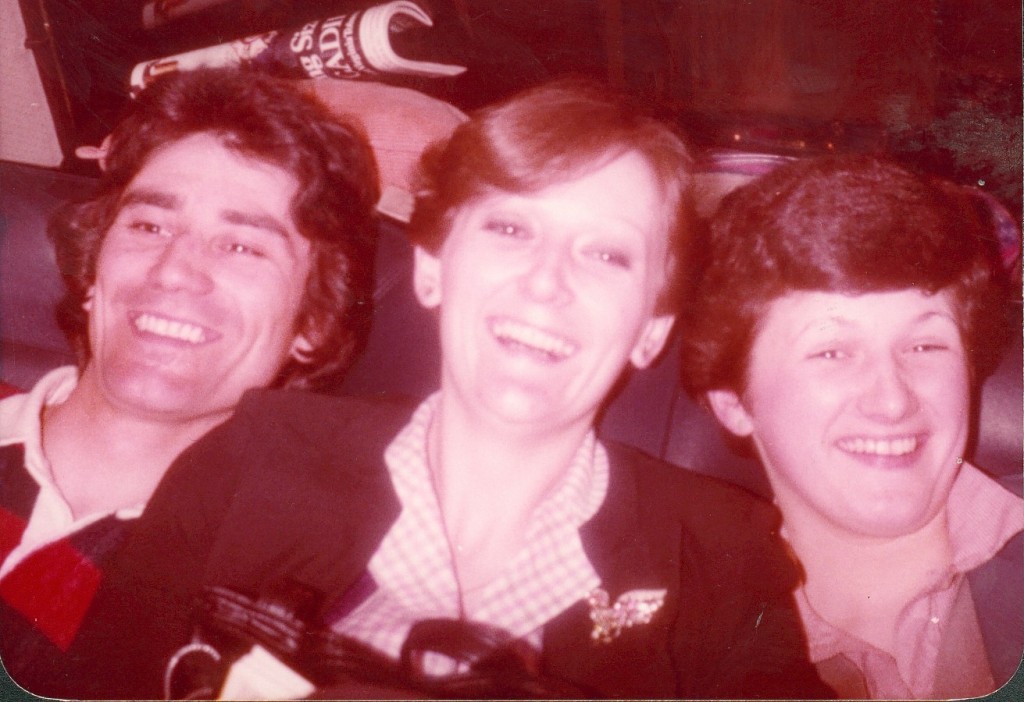 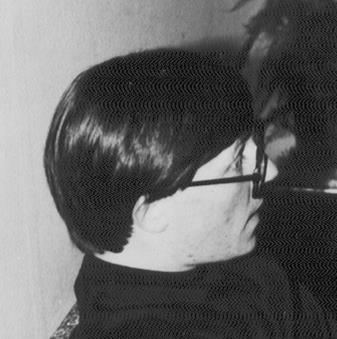