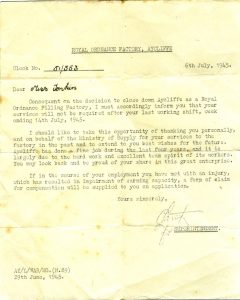 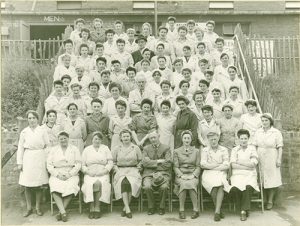 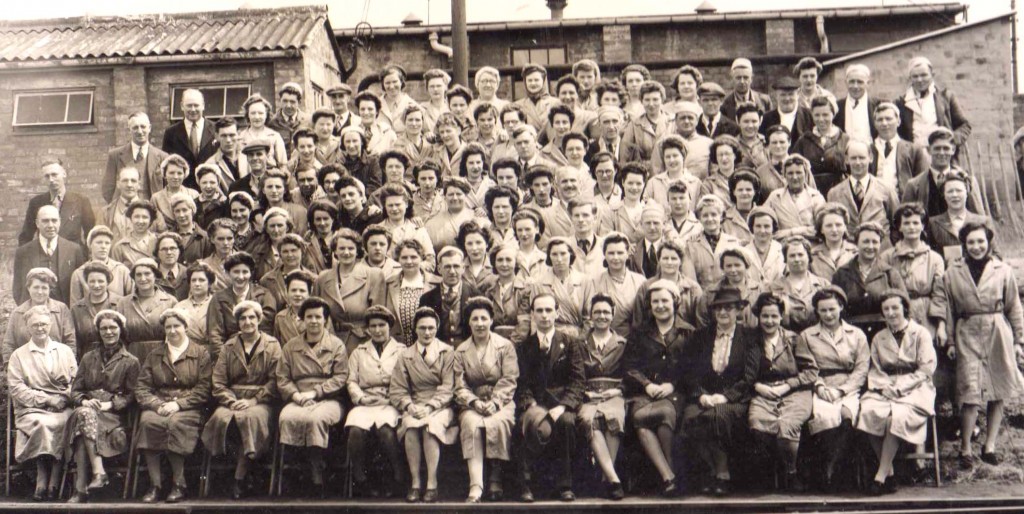 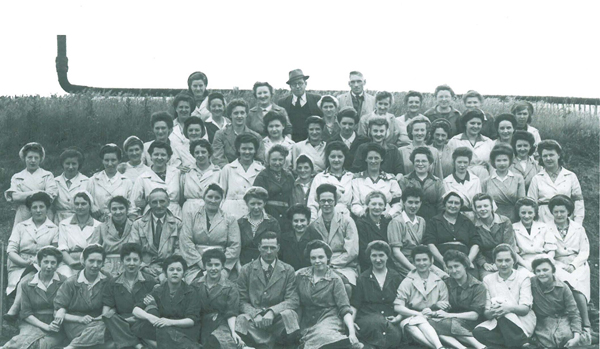 The area which comprises Aycliffe Business Park was used as a munitions factory during the war with 25,000 men and women employed in the manufacture of bombs etc. Lives were lost in accidents and various tributes have been made to the valuable service carried out in dangerous conditions by the workers. 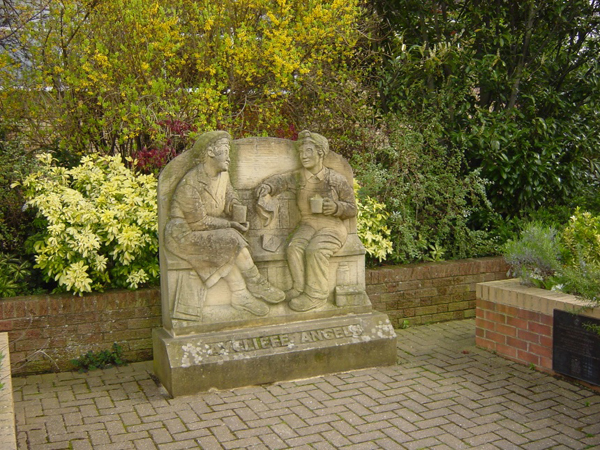 A memorial garden commemorating the “Angels” can be found in front of St. Clare’s Church in the Town Centre (shown in picture). 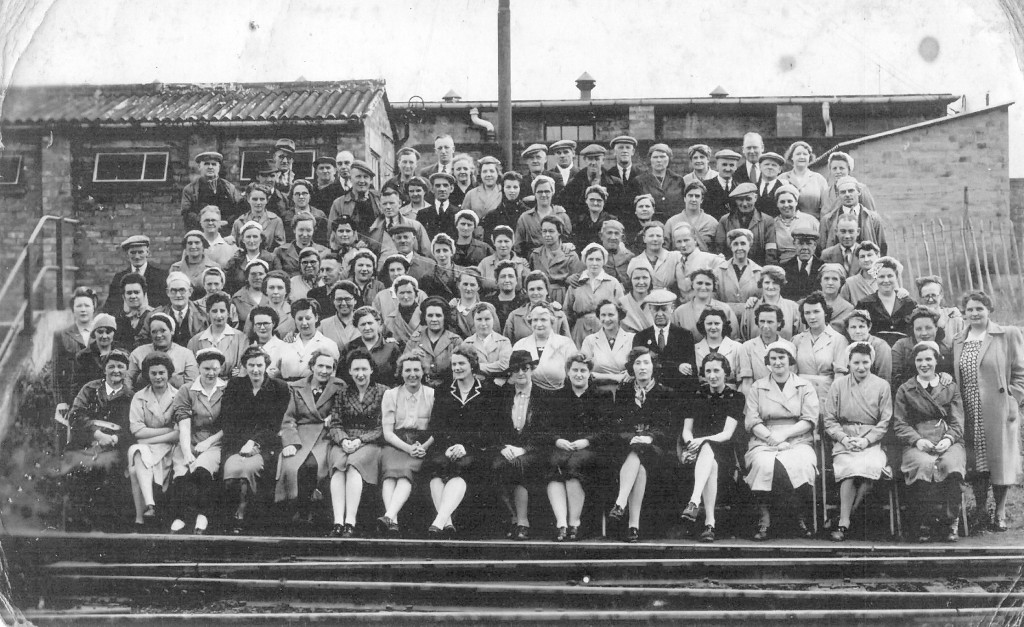 Mr McLeavy, called into the Town Council offices with a photo he had found in his mother’s belongings.  The photo has a note on the back – “ROT Aycliffe 1942 – 1945, Happy days and happy memories of all my fellow work mates A. Shift” and is from Annie Marie McLeavy who was originally from Hartlepool.  She is the lady second row in the middle with a white cardigan and a cross on her left shoulder. 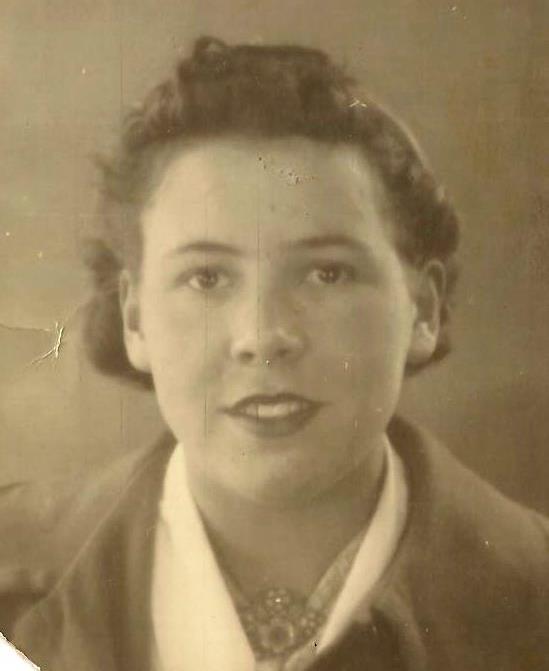 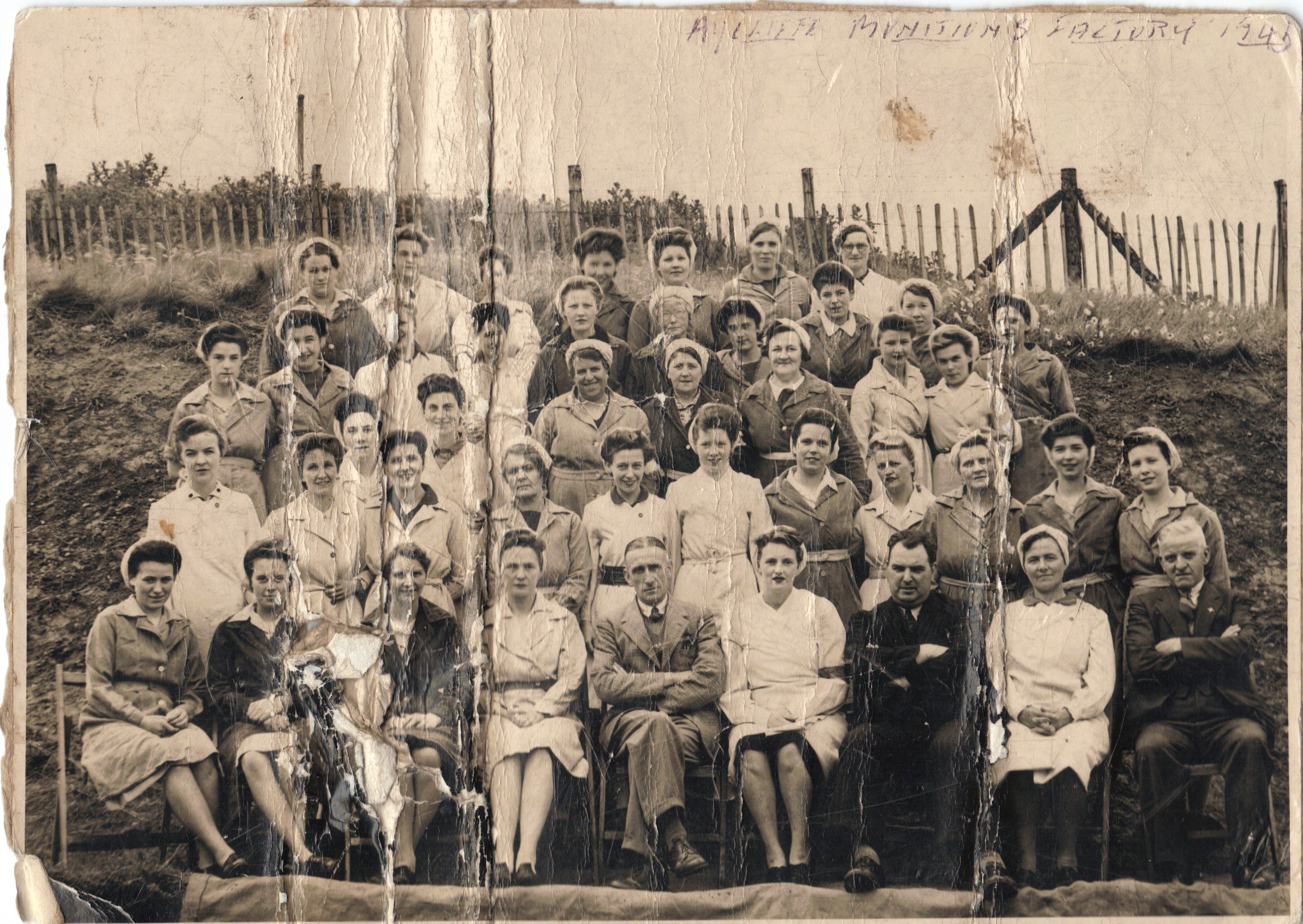 4th from the left, back row, Theresa Kathleen Teare lived at Church View, Heighington.
Her Father Eric was a special constable during the war. 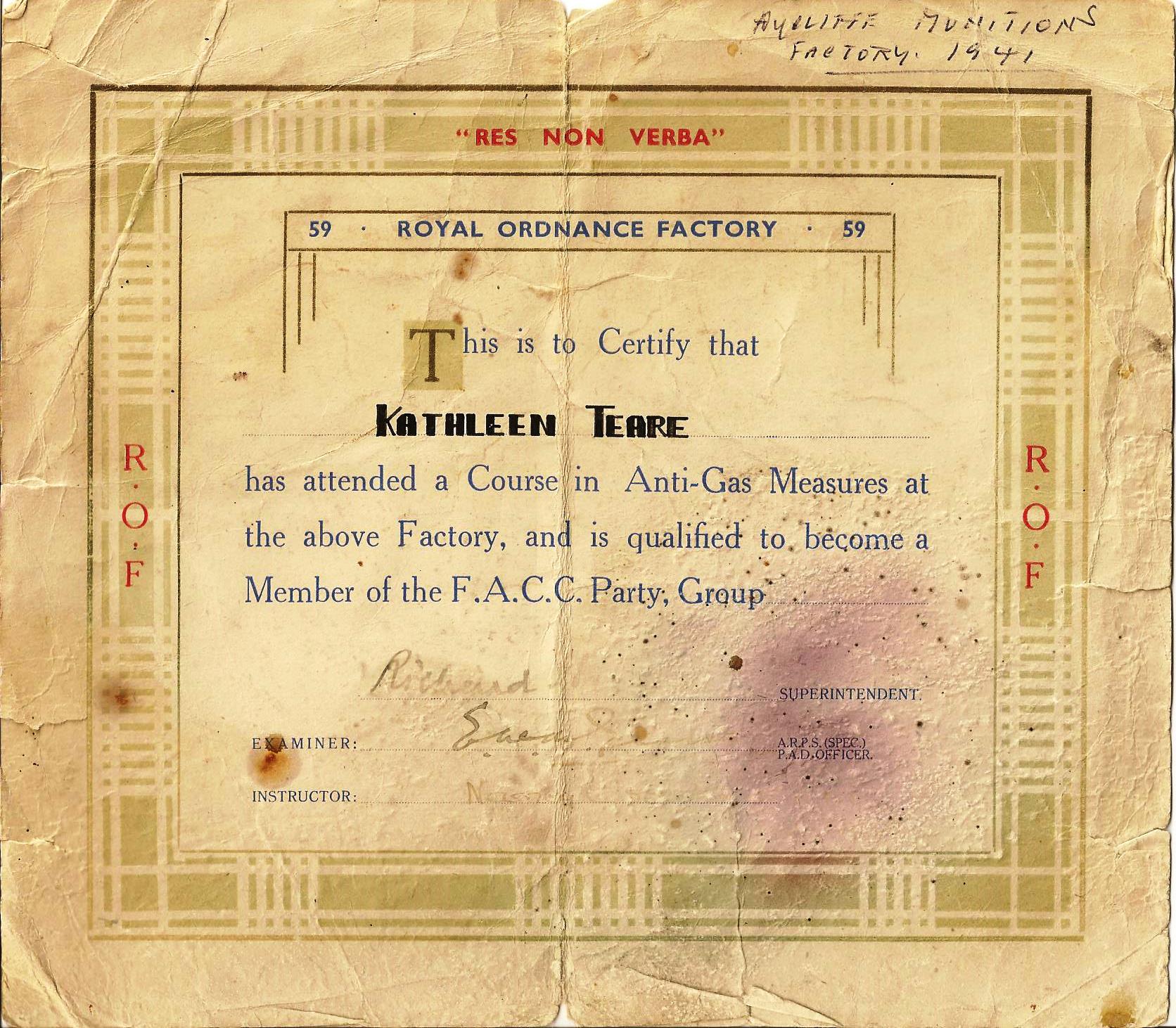 Prince Yourievsky was descended from Czar Alexander II of Russia through one of his mistresses. He escaped during the Revolution of 1917 to Paris and then England. He lived in Redworth Hall and then Trafalgar House, Heighington, as a guest, from c 1920 to after WWII. He apparently was head of security at the Aycliffe munitions factory throughout the war. He later moved to Stockton and worked for Head Wrightson. He went bankrupt in 1932 and was finally discharged in 1956. Late in life he married a wealthy baroness and settled with her in Switzerland. 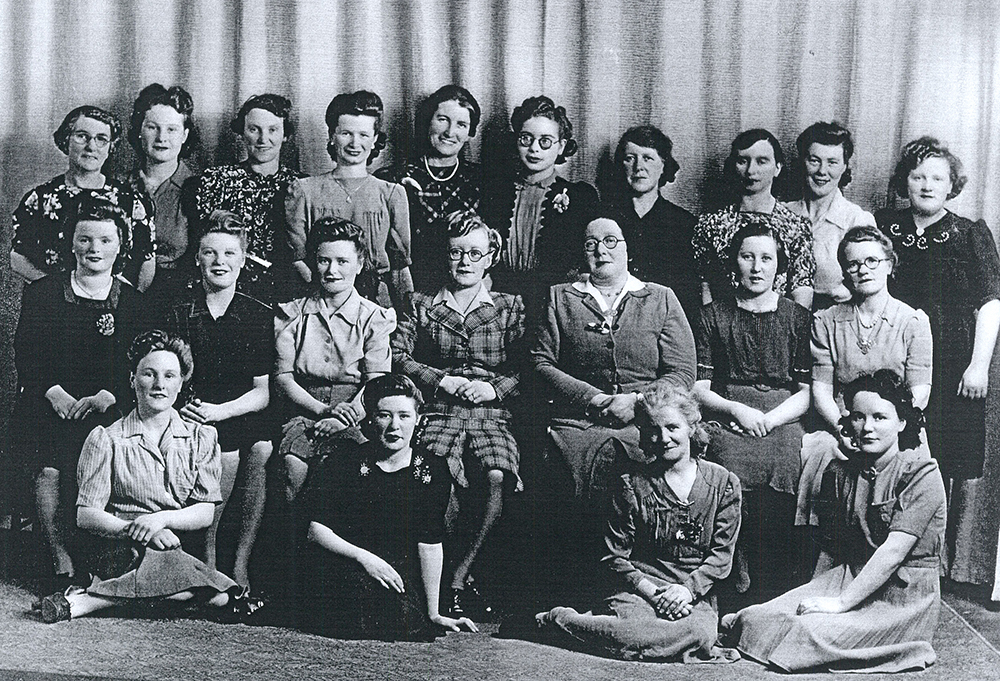 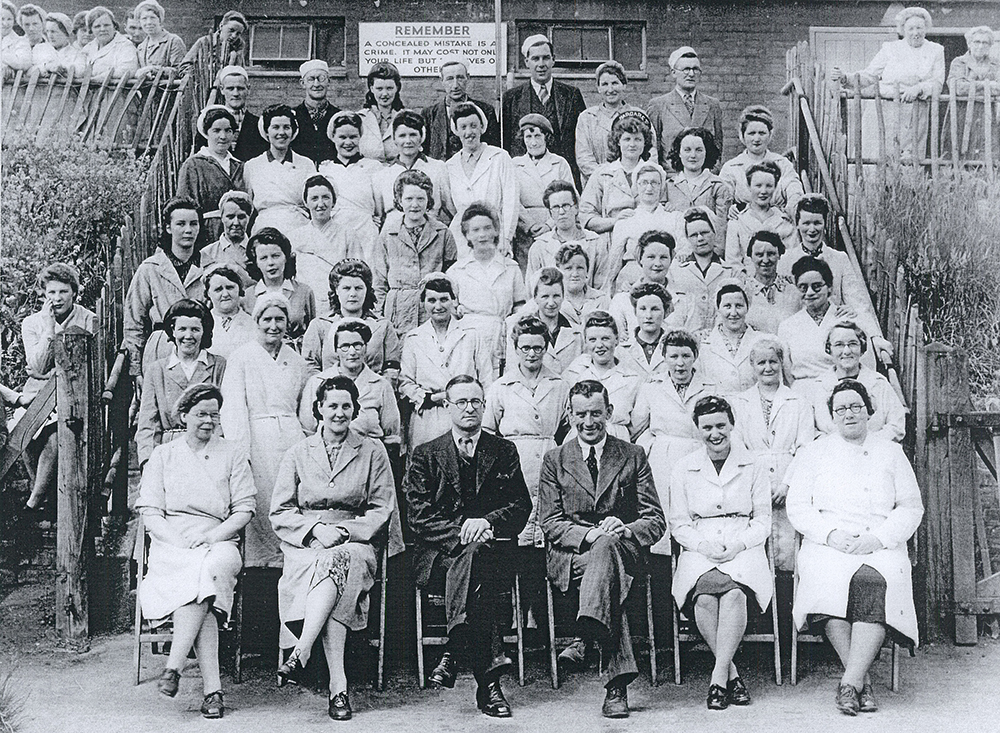