Churches Together in Great Aycliffe consists of representatives from the following churches who meet 3-4 times a year to liaise, discuss and arrange ecumenical services. If you would like further information about Churches Together or any specific church, see below for contact details of all the ministers – Click on the church name for for more information. 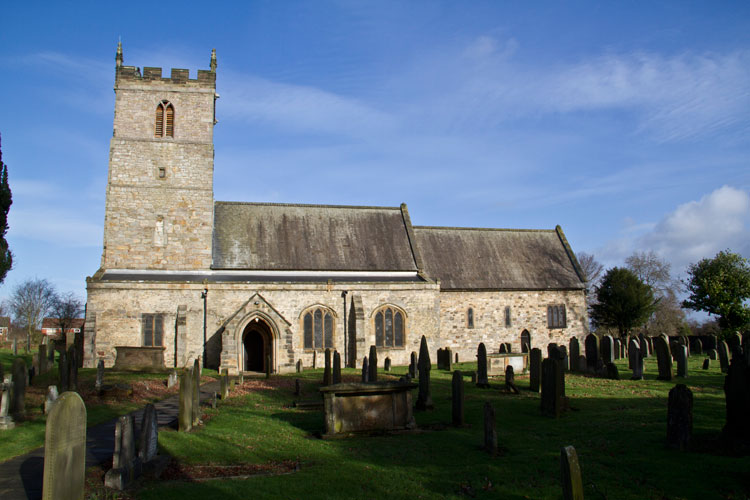 ST. ANDREWS CHURCH, AYCLIFFE VILLAGE One of the most historic places in the area is St. Andrew’s Church, which is very picturesque and stands on a hill south-west of the village. The nave is early English and the north aisle 12th century, the south aisle 13th century. The tower which houses three bells, is of Norman origin.

The sculptured stones in the walls are remains of Anglo Saxon stones found in various parts of the building during renovation. Amongst other treasures in the church are two Saxon crosses commemorating two great synods held in Aycliffe in 782 and 789.

A well preserved ancient grave stone, in the shape of a cross mounted on four steps, is believed to be that of a priest who served Aycliffe before the Reformation. One side is carved with a raven and book, with a raven and chalice on the reverse. An acorn and oak leaf are carved growing from the stem of the cross. The church also has a register of all the priests who have served Aycliffe since 1085. 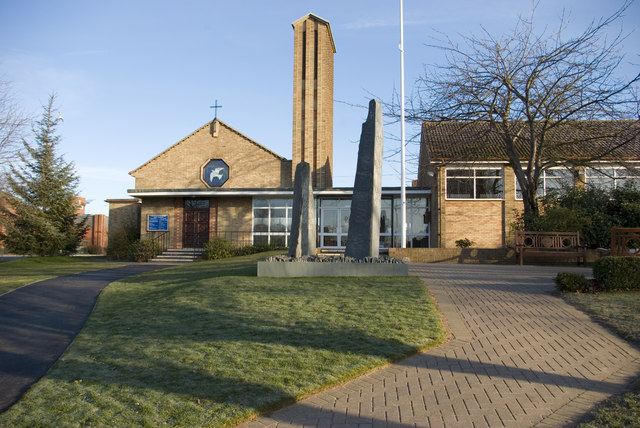 ST. CLARES, ST. FRANCIS & ST. ELIZABETH’S, NEWTON AYCLIFFE The first Church of England services in Newton Aycliffe were held at Clarence Farm. The old derelict farmhouse was without water or electricity and was rented for the sum of £4 per annum. The Chapel in the farmhouse was small but welcoming, with a tiny altar in front of the window. There being no font, the first babies were baptised in a glass fruit bowl.

From the name “Clarence Farm” came the dedication of the Parish to St. Clare, the companion of St Francis of Assisi. The Parish Church of St Clare was completed in 1955 and stands on a plot of high ground at the centre of Newton Aycliffe.

The building is of plain brick, the altar plain stone. Robert Thompson, the “mouseman” who signed his work by carving mice in inconspicuous places, furnished the church in oak.

As the town expanded, so arose the need for more churches. St Francis School was used as a centre for worship from 1971, with a sanctuary, hall and blessed sacrament chapel being built on to the school hall in 1981. A church was included in the Woodham Community Centre in 1986 and dedicated to St Elizabeth of Hungary, a tertiary Franciscan. Thus the historic three “Orders” of the Franciscans are represented in the Anglican churches of Newton Aycliffe. 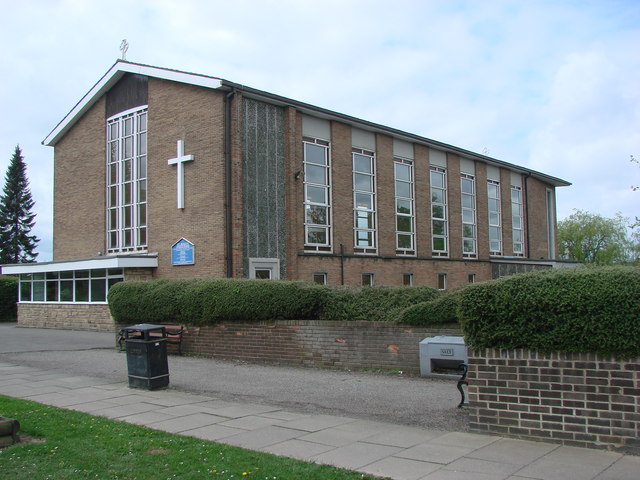 ST. MARY’S CHURCH retains its name and merged with St Thomas’ Church in Shildon, which is now part of the new Parish of the Holy Family. This new Parish serves Newton Aycliffe and Shildon.The St. Vincent de Paul Society,based at St Mary’s, visits and supports elderly people in the community, particularly those who live alone and may feel isolated. The St. Mary’s Commnunity Lunch Club is open to all elderly members of the community who live alone – you do not have to be Catholic to join. For details please see the weekly Parish Newsletter or visit www.aycliffecatholic.org

METHODIST CHURCHES. Methodists originally worshipped in a farmhouse and later received a railway carriage which they adapted. When the township began to grow they used a wooden building at Simpasture.

In 1956 they moved to the first phase of their present site at Neville Parade. The site in Burnhill Way was built in 1976 after services had been held in various schools, to provide for a second Methodist Church in Newton Aycliffe.

The Salvation Army:  The nearest is in Shildon.

AYCLIFFE XCEL CENTRE New home for the Christian Life Centre within a 1200 Seater Conference Complex with extensive facilities for business and community use. To be opened in 2008. 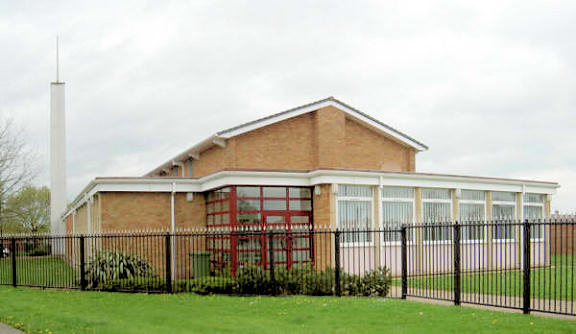 The Church of Jesus Christ of Latter Day Saints (Mormons) in Shafto Way was built entirely by members of the church, many of them American missionaries who came over especially to build up a congregation and help erect the church building.

ROMAN CATHOLIC CHURCHES Roman Catholics originally met in 131 Shafto Way, the first home of Father O’Brien, where a small room had been converted into a chapel. As numbers increased, Services were held in the Community centre, but baptisms still had to take place in the small chapel. St Mary’s Roman Catholic Church at the junction of Burn Lane and Central Avenue, was completed in 1961. In 1968 again due to increased numbers the parish was divided and St Joseph’s parish established. The hall of St Joseph’s School in Stephenson Way was used for Mass and in 1984 adapted and rebuilt for use as a Church. In 2013 this church closed and the Parish was restructured.