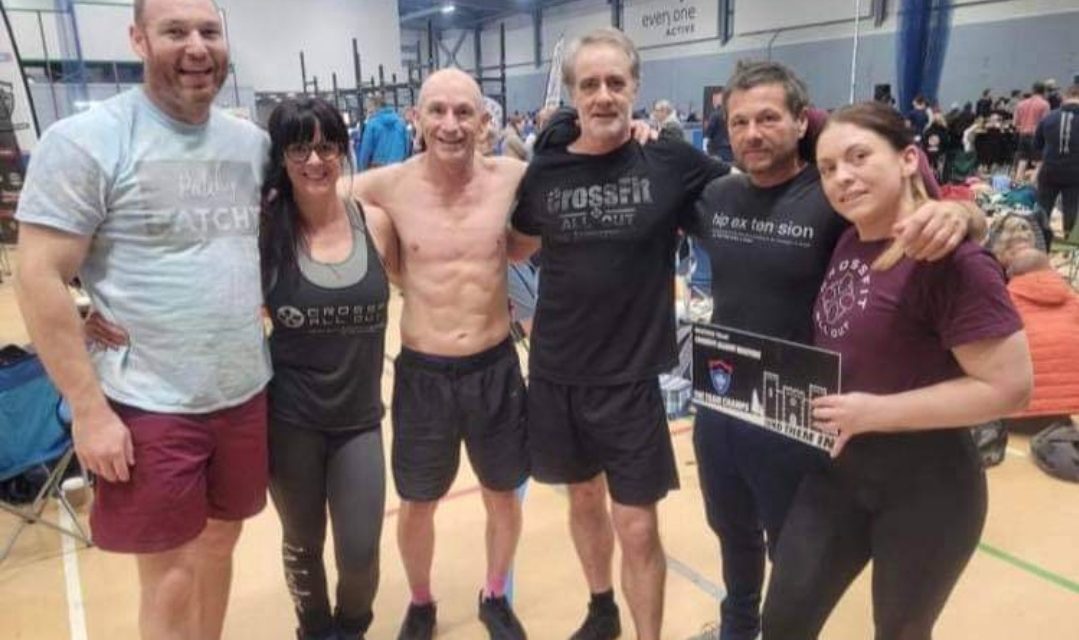 On Saturday 20th and Sunday 21st November, three teams from CrossFit All Out participated in a new Castle Games team of six competition at Middlesbrough Sports Village. This competition allowed up to six people in a team (no less than four and must include two female competitors). There were nine events in total on the day, with teams carefully selecting who would be best suited for each event. Events included a 5km and 1km run, a handstand walk race, a heavy lift including clean and jerk and snatch, toes to bar, dumbbell box step overs, barbell cycling and much more.
TEAM ALL OUT AND ABOUT – 10th Position
Becky Auton, Courtnie Mills, Gary Dowson, Paul Hilder, Tom Morgan, Vicki Finn Smith.
After a team member having to drop out last minute, Gary was able to step in and compete with this team at very short notice. “It was an amazing day at The Castle Games with a very supportive team. We were so pleased to gain a top 10 finish, with a second place finish in event 1 and a 4th place finish in event 3 (the 120kg worm event). Great support from everyone at CrossFit All Out who either attended the event to cheer teams on or watched on live feeds at home. Could not be prouder of the CrossFit Kids and All Out teams that competed at this event.”
TEAM CROSSFIT ALL OUT OUT – 18th Position
Claire Dale, Frazer Macintosh, Matthew Taylor, Niall Peters, Sophie Moffatt.
Sophie said “we literally went to The Castle Games just to have fun and had no expectations. Everyone pulled their weight all day with our highest place finish being on the worm (6th place). It was literally THE best team competition I’ve ever done, with the best team! We ended up finishing 18th out of 40 teams.”
TEAM CROSSFIT ALL OUT MASTERS – 10th Position
Andrea Lynagh, Kenny Storey, Marie Levitt, Michael Elston, Rod Farrow, Stewart Smith.
“We had a brilliant time competing at Castle Games in the masters RX division. We laughed from beginning to end, battled through some tough workouts in our team of 6 and supported each other all the way. We had a best place finish of 5th in event 7.” Owner and Head Coach, Tez Anderson, said “we want to say a huge well done to everyone who took part, everyone represented CrossFit All Out to a high standard both on and off the competition floor.”
Top Photo: Teams from CrossFit All Out and CrossFit All Out Masters Team 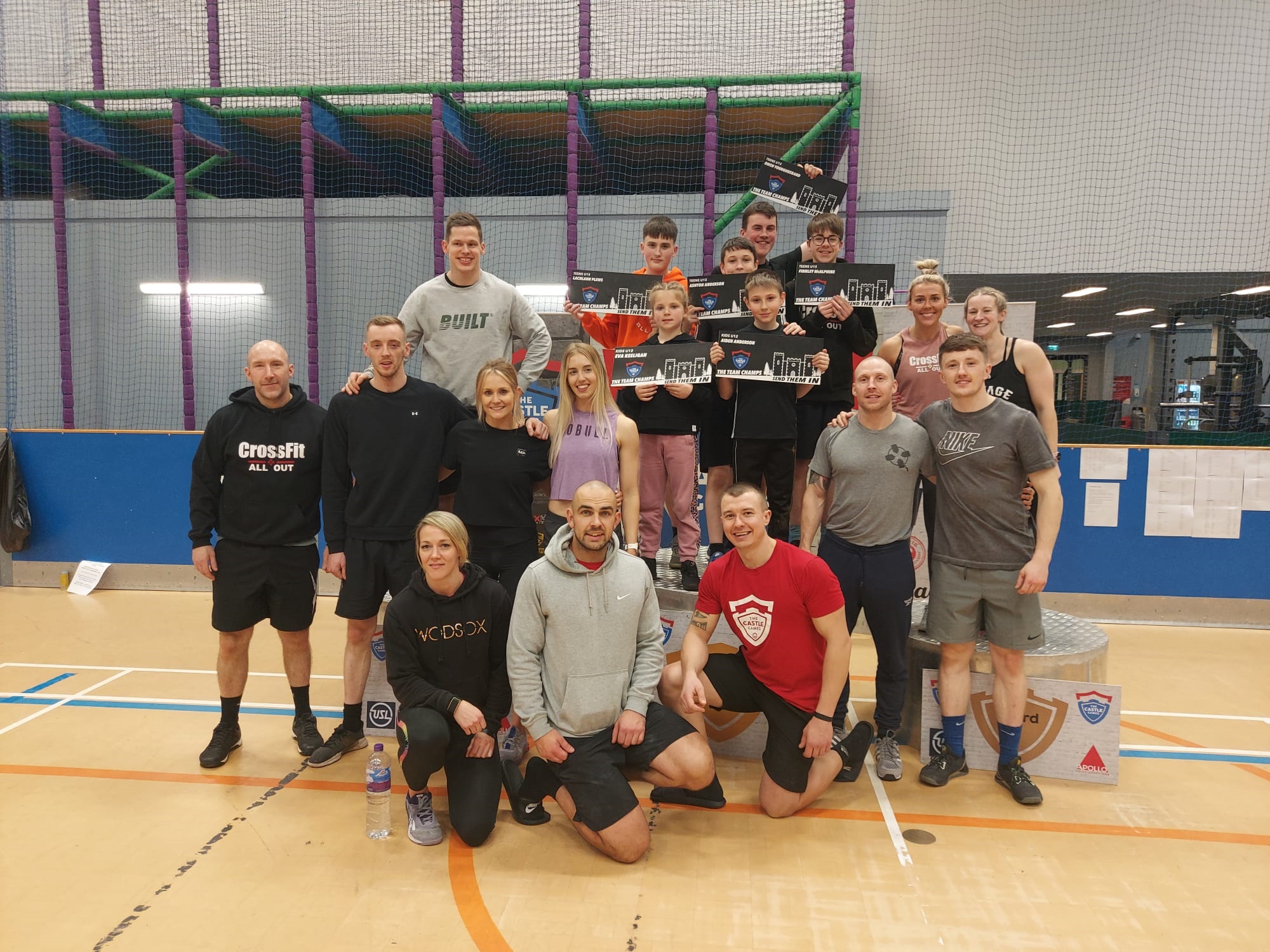 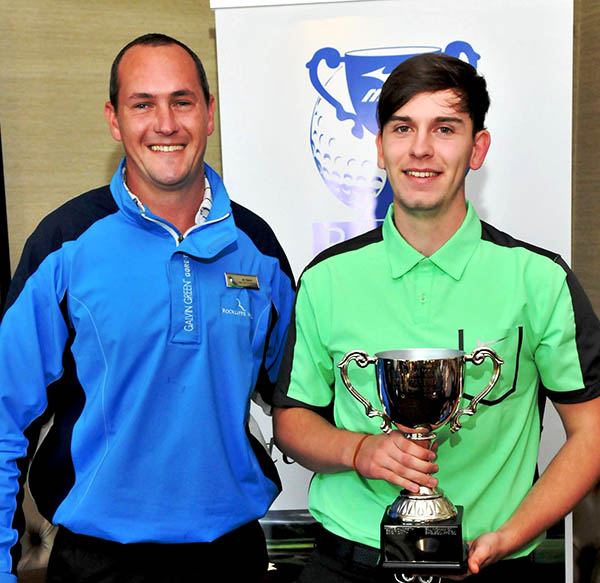 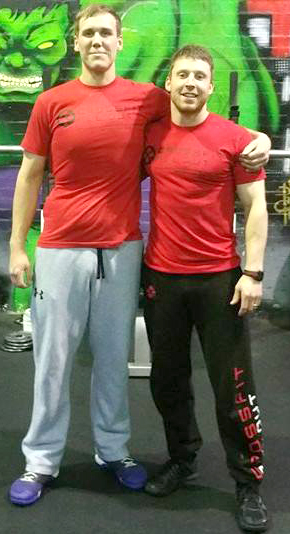 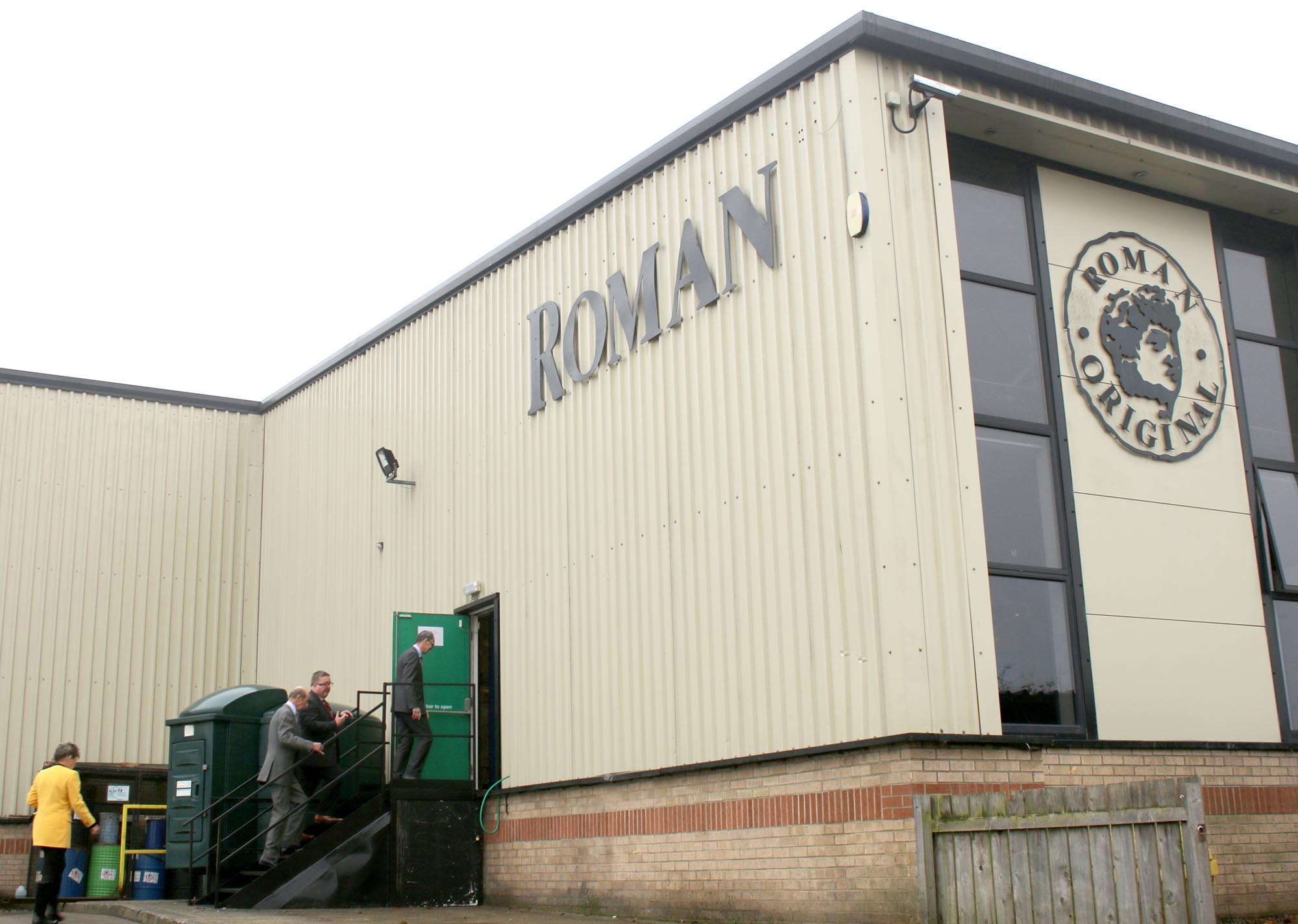