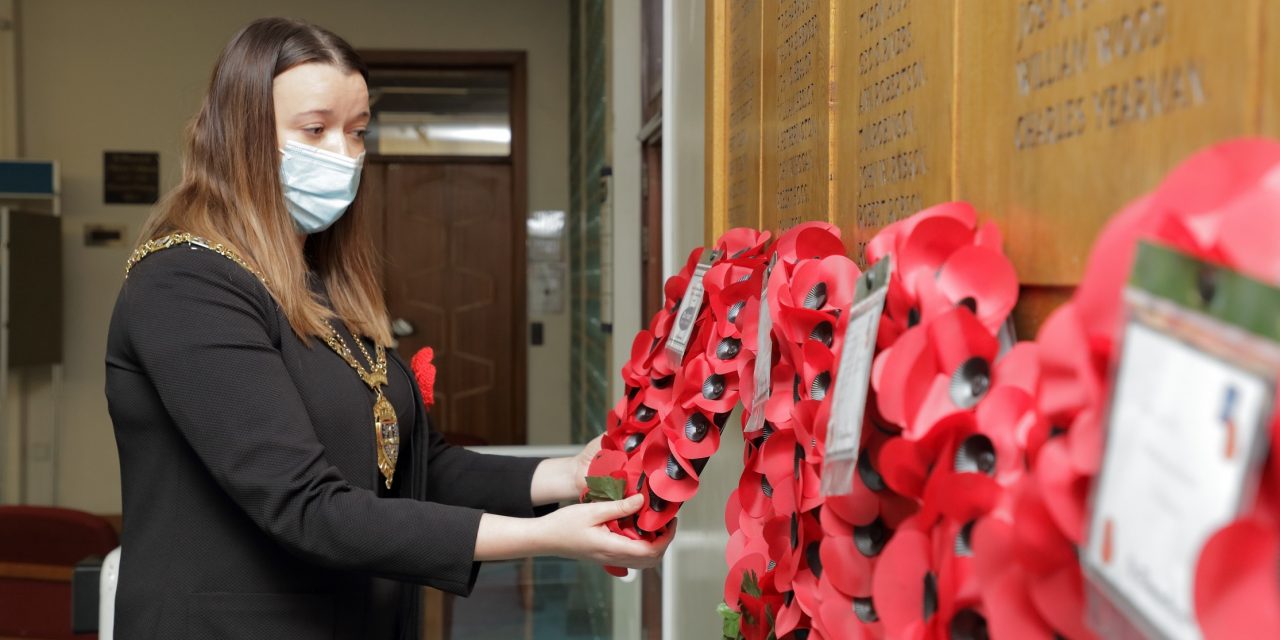 As Remembrance Day draws to a close, a council is thanking residents for helping to keep their communities safe by commemorating the occasion at home.

Sadly, the measures needed to protect the public from coronavirus meant many traditional services, parades and wreath laying ceremonies could not take place today or on Remembrance Sunday last week.

Instead, Durham County Council followed advice from the Royal British Legion and organised a series of online Remembrance activities to allow residents to commemorate the sacrifices of brave servicemen and women in a safe and poignant way.

The council also lit up six landmarks across the county in red as a stunning visual reminder of the poppies which bloomed on First World War battlefields.

A video of Cllr Katie Corrigan, chairman of Durham County Council, Terry Collins, chief executive of the council and Sue Snowdon, the Lord Lieutenant of County Durham, laying wreaths at Durham Town Hall and County Hall was among the virtual activities that took place. During the video the Last Post was sounded, and Cllr Corrigan and Mrs Snowden spoke of the importance of paying tribute to those who have lost their lives in conflicts across the world. The video was shared on the council’s social media channels and was well-received, with people describing it as profoundly moving and emotional.

Cllr Simon Henig, Leader of Durham County Council, said: “Remembrance Day has certainly been different this year but I hope our online events and outdoor displays have provided a meaningful way for residents to reflect on the sacrifices made by members of the armed forces, past and present.

“I know the social distancing measures in place to protect people from coronavirus are difficult, especially at a time when we would traditionally come together. However, it is vital we continue to do our bit to reduce the infection rate. On behalf of everyone at the council, I would like to thank you for commemorating Remembrance Day at home this year and I look forward to the time when we can once again mark this special day together.”

Charles Byrne, director general of The Royal British Legion, said: “Remembrance is a unique time in the year when people from all communities, cultures and ages come together and pay tribute to the service and sacrifice of our Armed Forces community, past and present. This year, however, we couldn’t stand together at Remembrance services and therefore the Legion would like to thank everyone who participated remotely and visually, showing their support by placing a poppy in their window, or standing on their doorstep for the Silence.”

Other online activities arranged by the council included an opportunity to watch a recording of The Durham Hymns, a performance commissioned to mark the centenary of the Battle of the Somme in 2016. The performance featured lyrics by former Poet Laureate Carol Ann Duffy inspired by the letters, diaries and memoirs of people from County Durham who experienced the war first-hand. There were also recordings of war poems and music from When the Bugle Calls, a temporary exhibition created by the DLI Collection in 2018.

The buildings that were lit up as part of the commemorations were: Durham Town Hall, County Hall in Durham, Bishop Auckland Town Hall, the Butter Market at Barnard Castle, the Cenotaph and Poppy Fence at The Green in Seaham, and the War Memorial in the Market Place at Chester-le-Street.

Other outdoor displays included a canopy of poppies knitted by the Women’s Institute on Bishop Auckland Town Hall and a light projection of the well-known war poem For the Fallen on the wall of Clayport Library in Durham.

For more information about the Royal British Legion and its work, visit www.britishlegion.org.uk 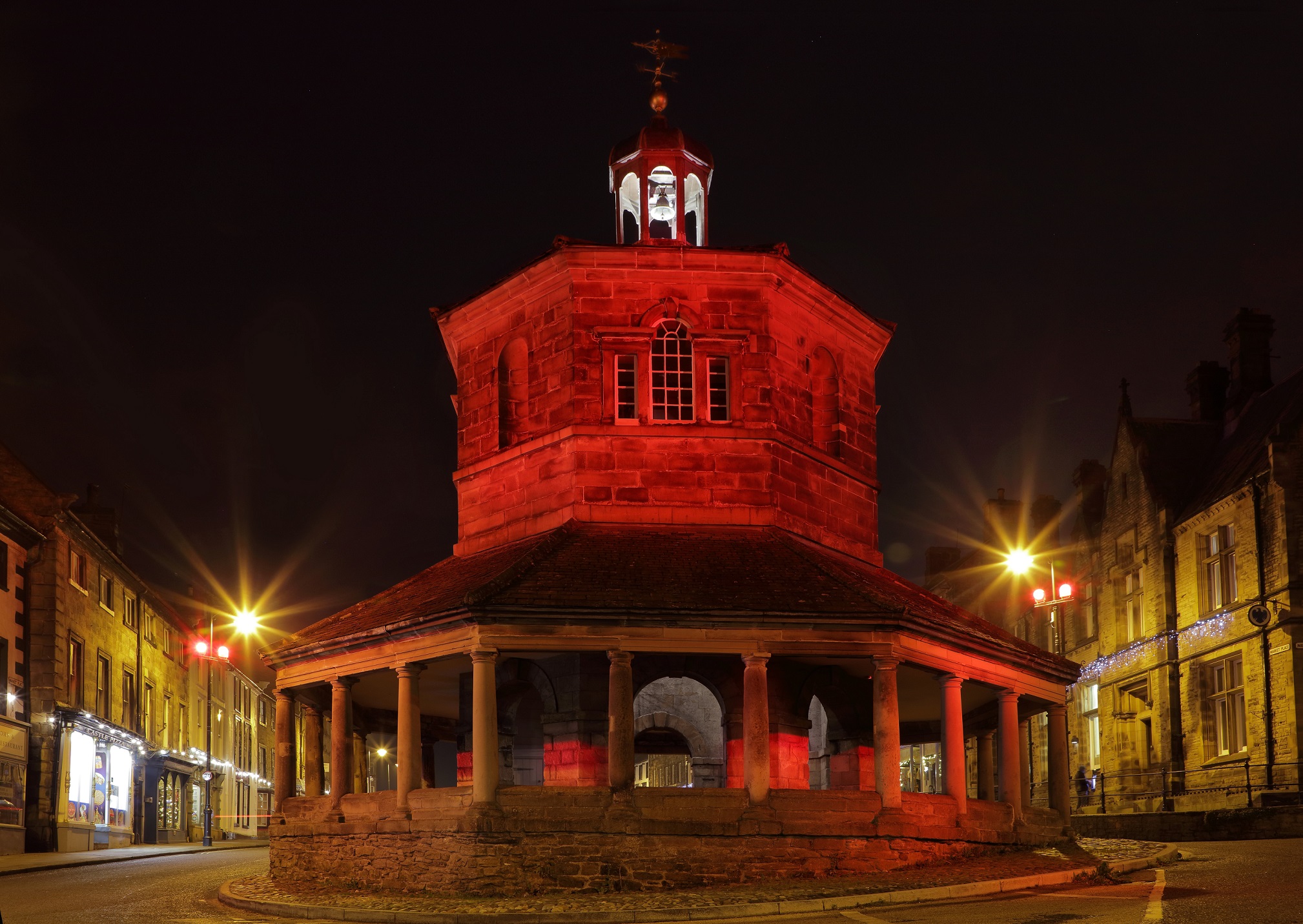 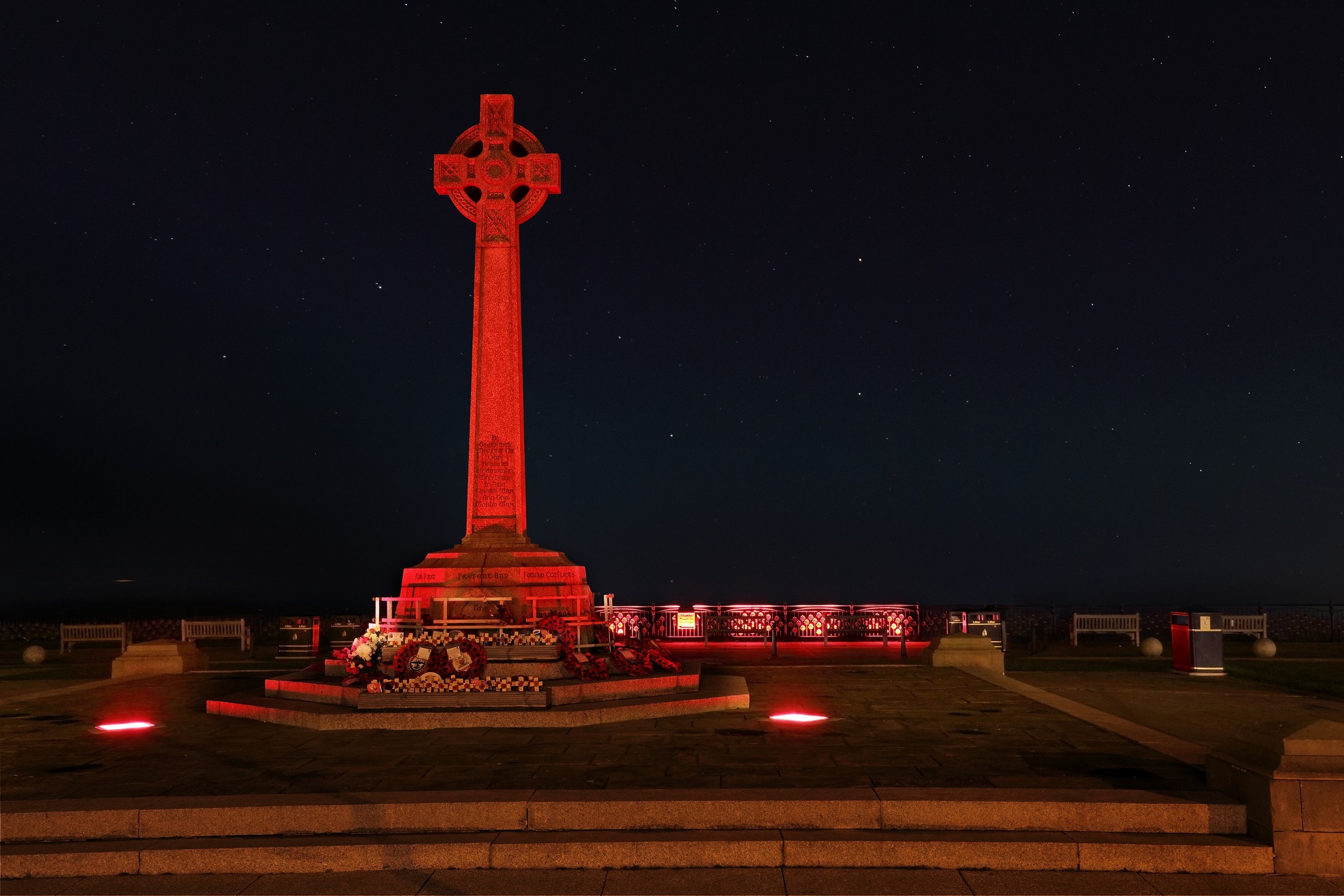 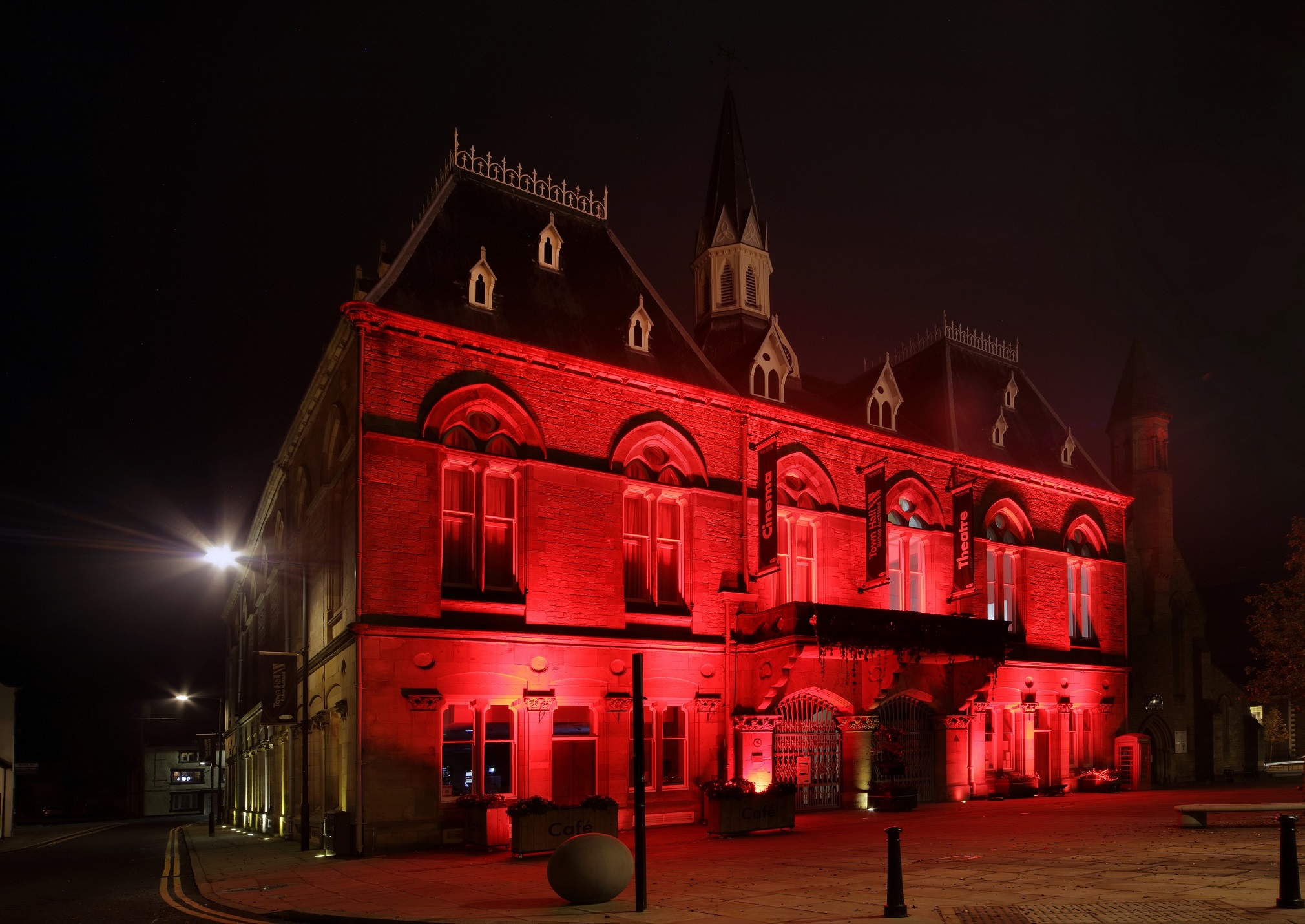 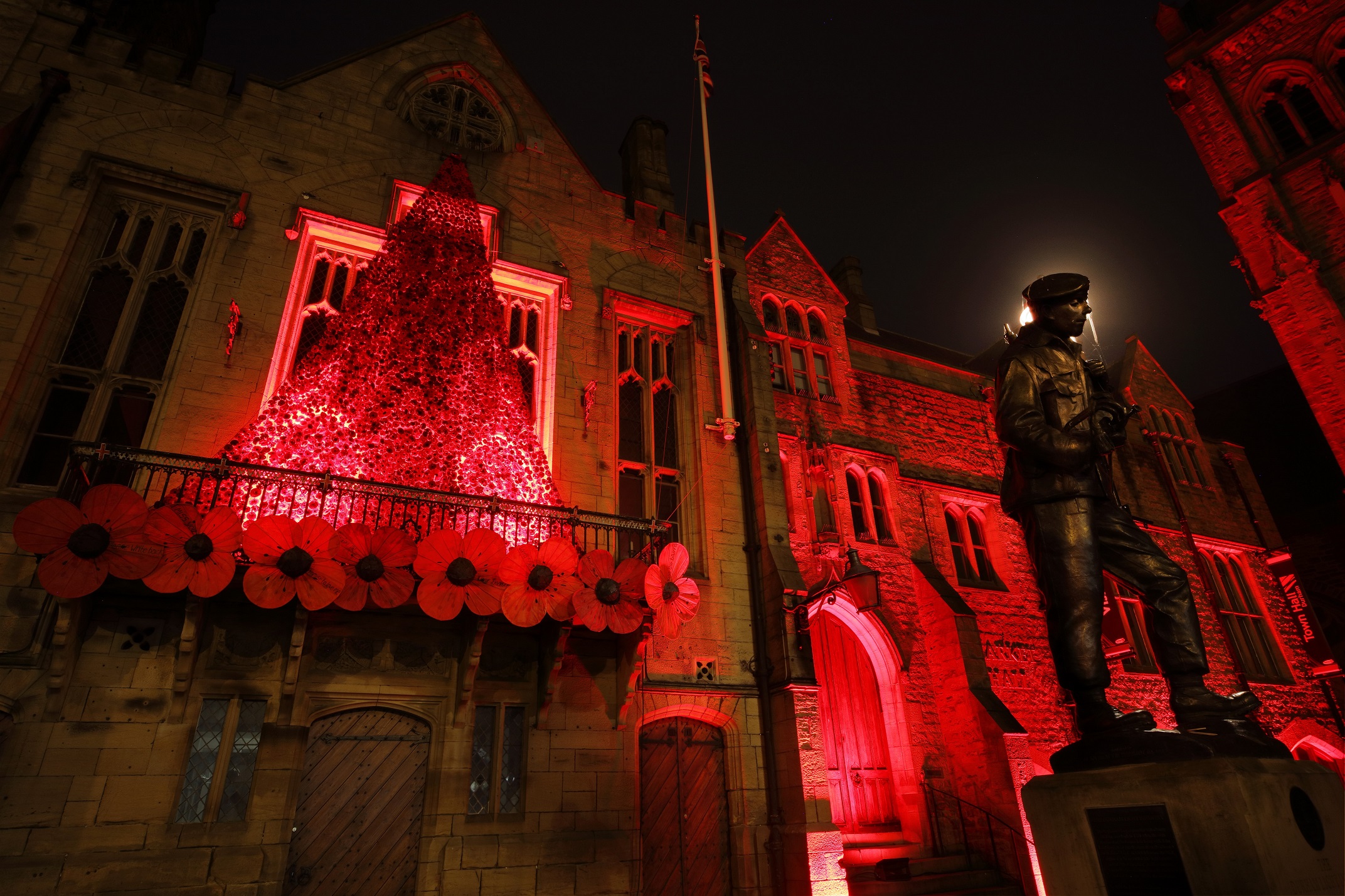 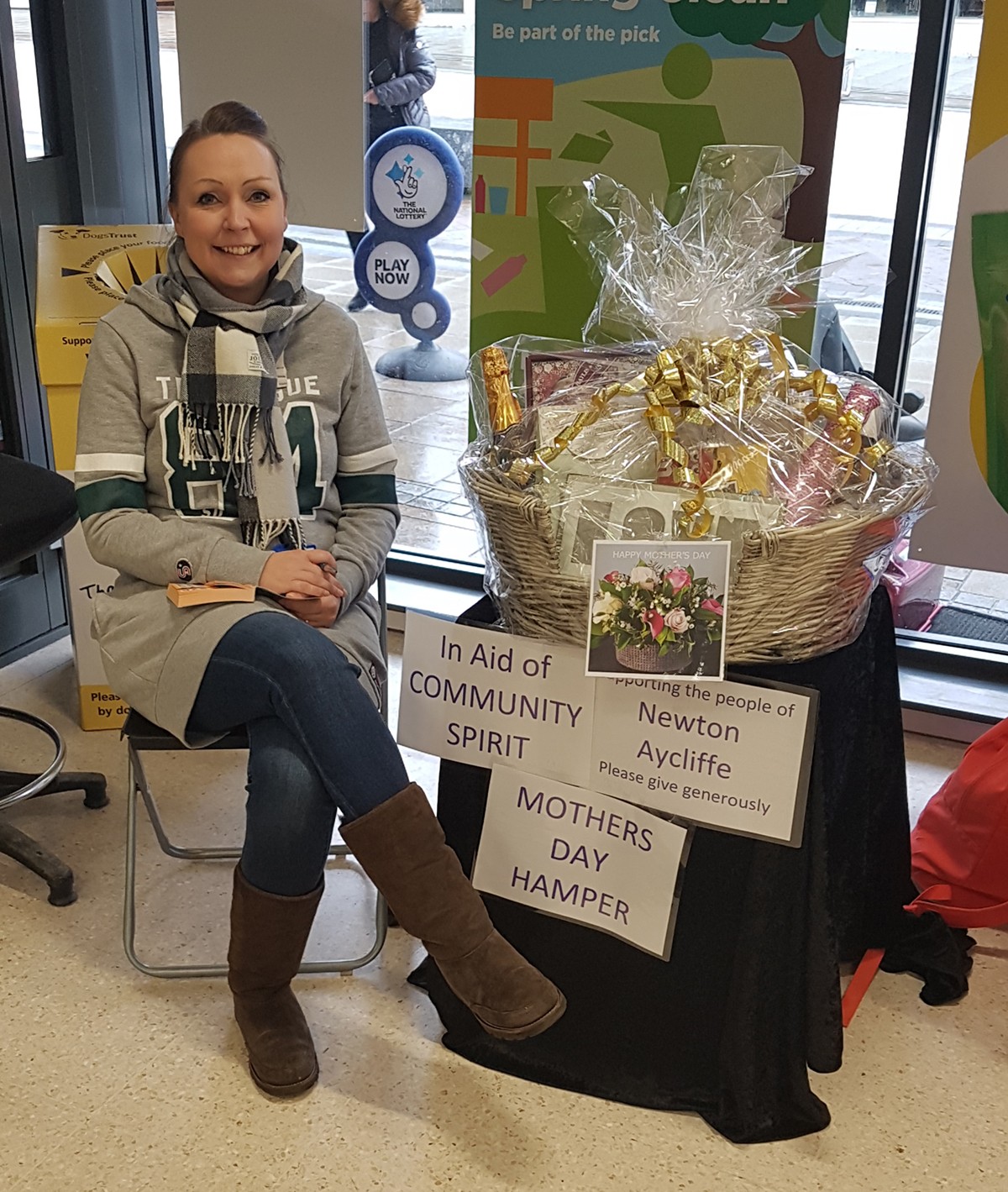 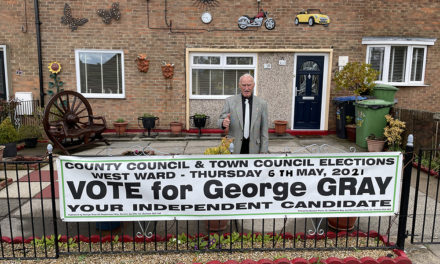