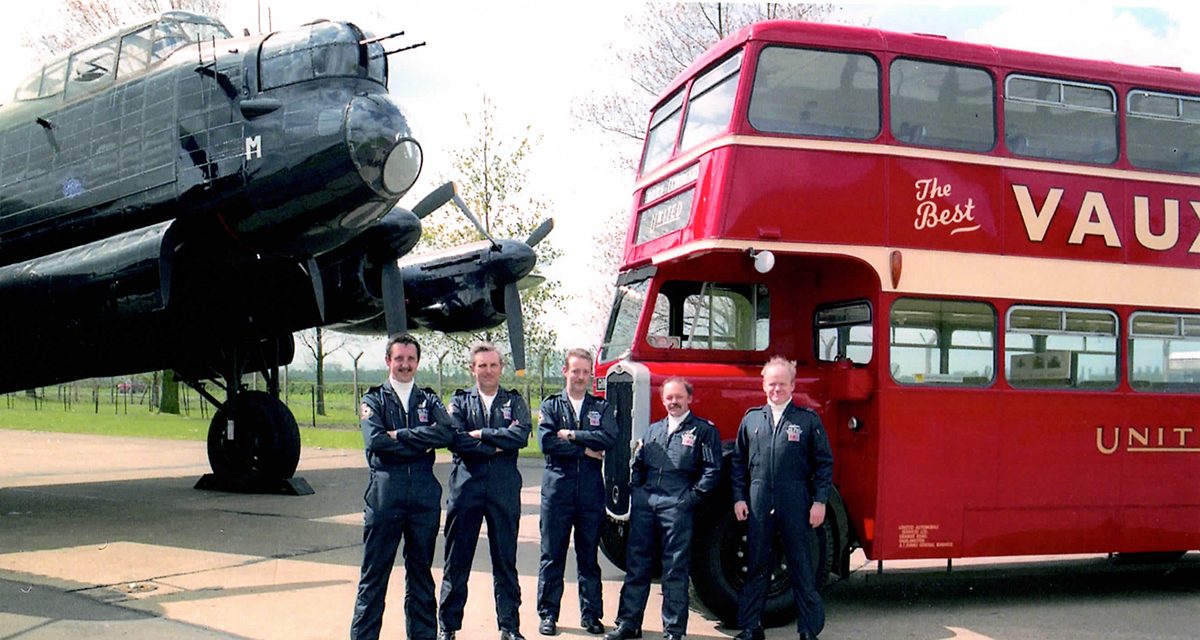 Aycliffe and District Bus Preservation Society celebrates its 40th anniversary this year and as part of that milestone in the Society’s history it intended to be part of the 75th anniversary of WW2 VE Day on the 8th May. Unfortunately Covid – 19 has taken the limelight for the foreseeable future. However, not to be outdone the Society offers, through the Newton News, to recognise VE Day with some interesting items of local history.

Firstly the photo shows the Society’s 1942 United double decker bus GHN 189 here seen with the City of Lincoln, the Battle of Britain Memorial Flight Lancaster bomber at RAF Conningsby in 1992. In that year the bus went to London for the Brighton Run and to celebrate the Lancaster and the bus both going into service in 1942.

Meanwhile, during the war years United sponsored a Spitfire Fund ticket because Mr. Bevin said “we must have bombers, we must have Spitfires”. No doubt Aycliffe Angels workers on the Industrial Estate who used the bus to get to and from work will have bought such tickets at that time. The Society have just had a batch of said tickets reprinted and are hopeful that before the year end will be able to give them away to collectors of WW2 nostalgia.

The special 3d ticket issued to subscribers of the Spitfire Fund was orange, with the “3d” payment overprinted in red (illustrated above). The reverse contained a message from United’s General Manager, Mr AT Evans (reproduced left).

This particular ticket appears to have been part of a batch printed rather carelessly, perhaps this task was performed under blackout conditions?

The Society also has for sale, at a nominal price of £2.00 each, photo paper quality reprints of the Lancaster bomber picture.

In coming forward to further this effort the United Company has inaugurated a “Spitfire” fund so as to make a gift of one of these fighter planes to the nation. The Company’s employees are themselves closely associated with the scheme, the officials and staff making voluntary weekly contributions to the fund
YOU are a link in our chain of approach to secure contributions which will help to build up the fund as quickly as possible. When the amount subscribed is sufficient to face the cost of one plane we shall continue our effort as our staff hope to provide not one but others which for all we know may beat off and destroy the enemy actually attacking our homes in the towns and villages through which our services operate.

I would ask you to remember that in spite of the increasing cost of your daily expenditure we have not asked for more and have not raised a fare since the outbreak of war. If at any time while the scheme is in being you can afford to purchase from our conductors a United “Spitfire” fund ticket at a cost of 3d or 6d, it will be very much appreciated and give great encouragement to those who drive you and look after your welfare, as well as to those who are engaged in our offices and works. Any of your friends who do not use the United buses may purchase a United “Spitfire” fund ticket at any “United” Enquiry Office. 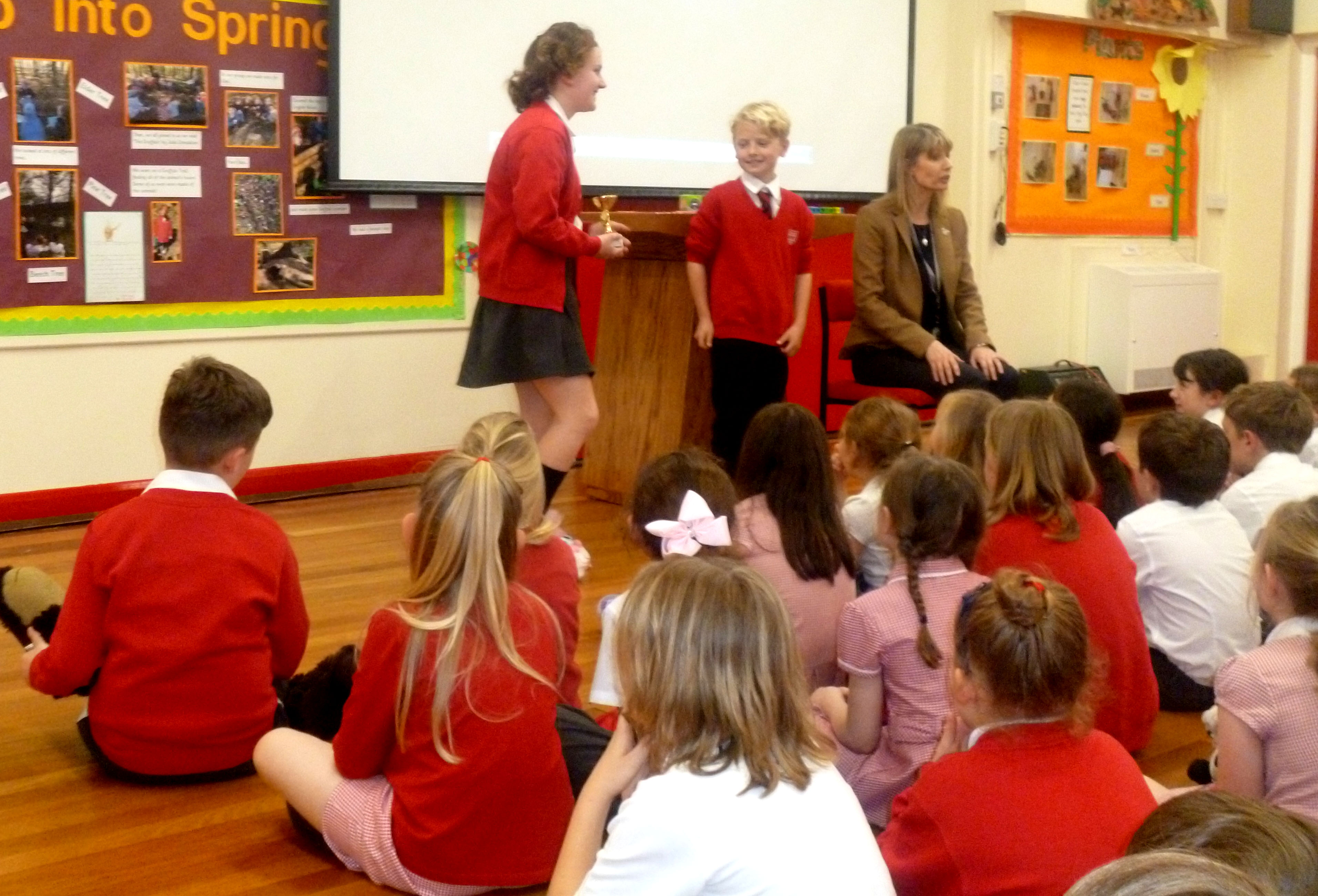 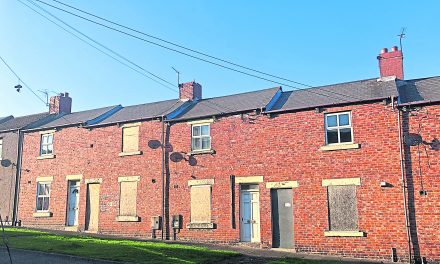 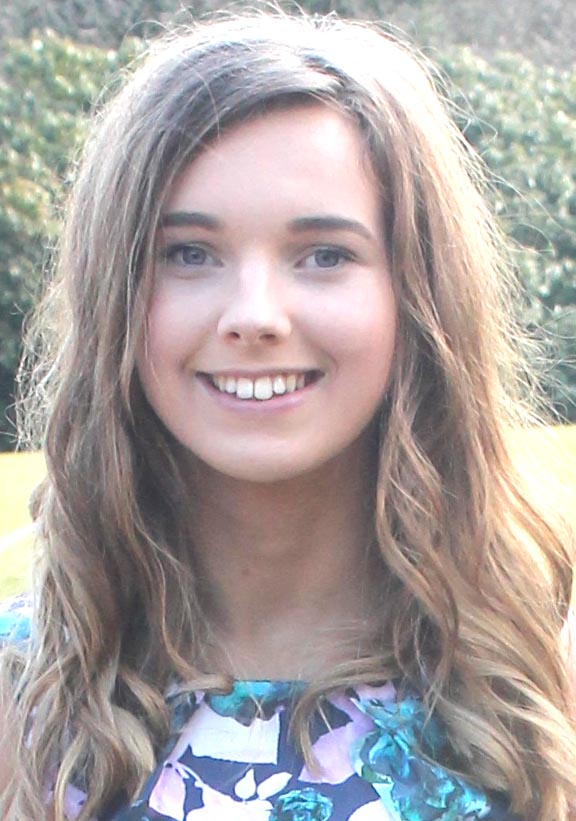 Student Volunteer to Work in Peru