Why we must leave the EU

Dear Sir,
I’m writing in reply to Phil Wilson M.P’s article in the Newton News (27th May), in which he set out why we should stay in the EU.
Companies such as Hitachi, Gestamp and many others, have all made long term commitments to invest in our region regardless of our membership of the European Union, they will still be here if the UK votes to leave the EU.
The figures released by the ONS in February this year, showed the UK has a trade deficit to the EU to the tune of £89 billion a year, a figure which fully demonstrates the importance of the UK as the EU’s biggest single trade market. To put simply the EU needs us far more than we need them.
Phil Wilson, Labour party, and the ‘Remain’ camp, would have you believe EU gives you equal pay and maternity rights, but they are wrong. The Equal Pay Act was signed into law in the UK in 1970, additionally maternity rights such as 26 weeks leave, are all enshrined in UK law. They cannot be removed unless a British government repeals them.
They are lying to scare you into staying. The same as they are lying about more expensive holidays, mobile phone roaming charges and airfares, in actual fact a few companies said they could be cheaper, as would our energy bills after leaving the EU.
NATO has largely kept the peace in Europe not the EU; it was NATO which prevented Soviet expansion during the cold war. But when the EU gets involved, like in the Ukraine, situations get worse not better.
If we remain we are not voting for the things as they are now; we will be voting for TTIP, which will end the concept of a free at the point of use NHS, a European Military which will see the end of any British control over our armed forces, we will be voting to remain in a shrinking economic area, down from 30 per cent of GDP in 1980 to 15 per cent by 2025 and projected to fall to single figures by 2039 and unlimited migration putting huge strains on our transport, health and other services.
If we vote to leave we can avoid much of these negatives, plus restore trading links around the globe, an impossible task under the EU’s Treaty of Rome, keep our laws and historic rights, better control our borders and restore a full, proper democracy in the UK again.
John Grant

Does the E.U. Balance the Books? 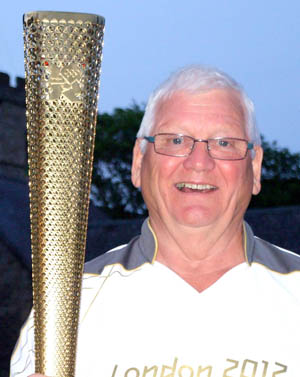 A Father’s Day I Will Always Remember