The Council recently set its 2013/14 Revenue and Capital Budget and I am delighted to report it will be freezing the Town Council proportion of the Council Tax bill for a fourth year in a row.

This is despite a significant recent development in relation to the localisation of council tax benefits by central government which has fundamentally changed the way in which the Town Council is funded and led to a substantial reduction in the Council’s tax raising capacity of over £350,000. Although the government has put in place a compensatory grant to offset some of this loss, the Council was still faced with a net funding shortfall of £55,000 next year.

This was compounded by the withdrawal, by Durham County Council, from next year, of the £38,500 Double Taxation Grant currently receivable in respect of services provided by both authorities such as allotments and cemeteries.

The Council was therefore left facing a total funding cut of over £90,000 as a result of issues that were completely out of its control. This meant that even to deliver a standstill budget next year, it would have needed to increase the town council proportion of the council tax by as much as 7.5%, if savings could not been found.

On top of this, the Council was also facing a number of other financial pressures in setting next year’s budget in relation to the running costs and income of its various services, such as making provision for inflation and a likely 1% officer pay award next year, as well as providing for significant falls in sports and golf complex income as a result of the on-going economic difficulties and bad weather.

However, despite this very difficult backdrop to the budget setting process, the Council has worked hard to identify savings and budget reductions to try and avoid an increase in the council tax.

This has been greatly assisted by the efficient management of the Council’s finances in recent years and the various savings that have been delivered as a result, most notably from a restructure of sports complex staffing hours and the renegotiation of the Council insurance and brewery contracts, as well as the savings generated from the on-going freeze in officer pay.

The Council has made further savings by deleting four vacant posts from the staffing establishment. Whilst the removal of potential job opportunities for local people is always disappointing, deleting vacant posts has at least avoided possible job losses for current council staff. The savings and budget reductions have also been targeted in a way that ensures all front line services have been protected, meaning that the community will continue to receive the same range and quality of services from the Town Council next year that they have come to expect in recent years.

By meeting the funding shortfall faced from savings and budget reductions, the Council has been able to deliver a welcome freeze in the town council proportion of the council tax, which will hopefully go a small way at least towards easing the financial burden on local tax payers in the parish next year.

Whilst the Town Council may face further cuts to its funding in future years, I can assure the tax payers of Great Aycliffe that the Council will continue to review its spending and services over the coming year with a view to delivering further savings and ensuring that any future council tax increases are kept as low as possible. 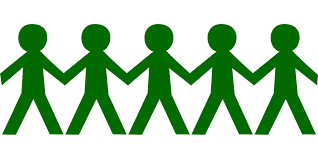