Newton Aycliffe hope to make it four consecutive wins this weekend as they host Celtic Nation at Moore Lane Park.

Following the disappointing midweek postponement – the Royal Blues were set to meet bottom-club South Shields on Wednesday but the game was called off due to a waterlogged pitch – Allan Oliver’s side hope to meet the Cumbrians at Moore Lane Park on Saturday 9th February.

Last weekend the club continued their terrific start to 2013 with a 2-1 victory away at Hebburn. The Newtonians had won two from two before the unofficial winter break, but they carried on where they left off with another victory to move 10 points clear of the drop zone.

Danny Earl notched his 13th goal of the season while the excellent Paul Broom added the second before half-time. Tony Stephenson set up a nervy finale when he pulled one back with 25 minutes to go, but Aycliffe held on to record their ninth league win of the season.

Allan Oliver’s side took an early lead when Earl struck after just four minutes. Tom Hinchley sent a ball through from midfield and the former Billingham Synthonia striker expertly lobbed the on-rushing Dan Regan to put Aycliffe ahead. With 10-minutes left of the first period, Fred Woodhouse narrowly dragged a shot wide from just inside the area. A second goal would arrive a minute later. Kris Hughes created himself some space and his shot from the left was well saved by Regan, but Broom got to the rebound first to force home from close range. Gibson was brought on at half-time and was instantly involved, sending a flighted ball in to Earl, whose effort was cleared off the line by Dan Kirkup. Hebburn were growing into the game and former West Brom striker Stuart Nicholson, let fly with a fierce drive from the edge of the area which was saved by Pocklington. Eight minutes later Aycliffe’s goalkeeper was picking the ball out of his net as Nicholson’s free-kick evaded Pocklington’s grasp and Stephenson was on hand to nod into the empty net.

Substitute Alex Benjamin came close to an equaliser but his flick from 10-yards was saved by Pocklington. 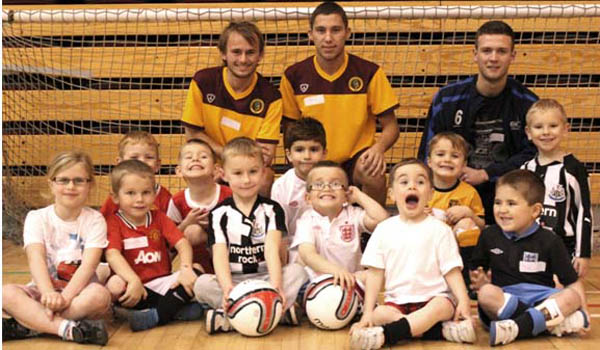 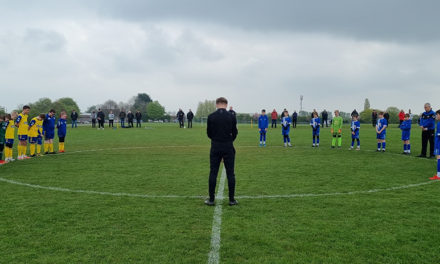