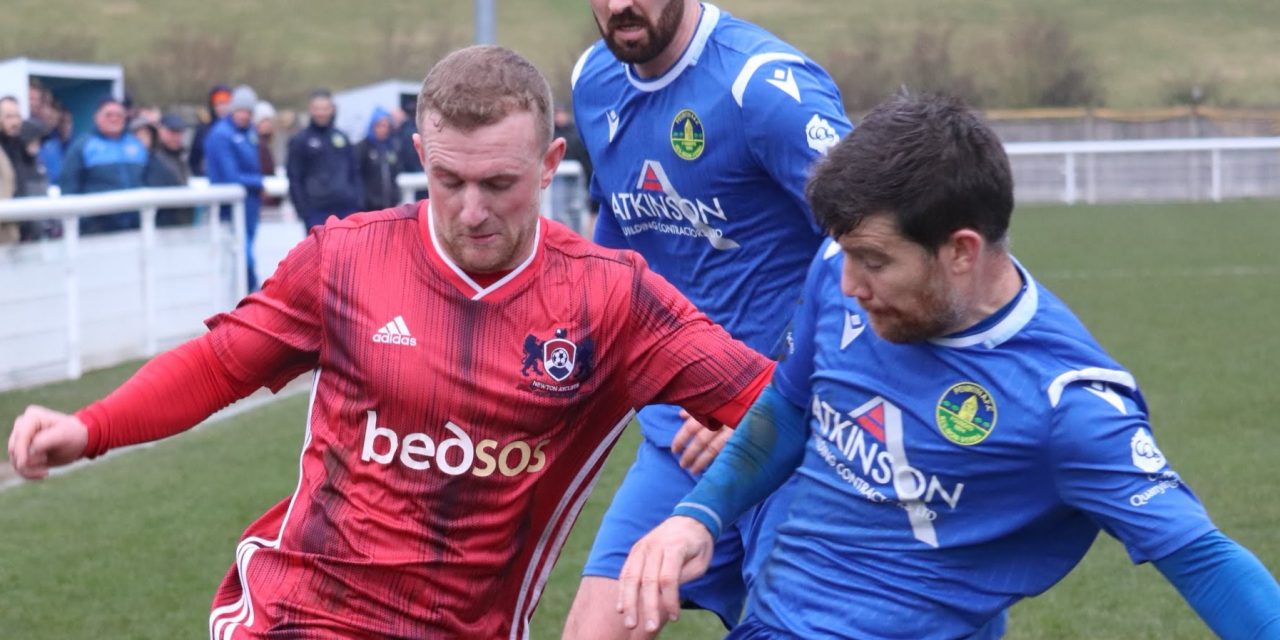 Newton Aycliffe returned to winning ways on Saturday with a hard-fought win over Penrith at the Frenchfield Stadium.

The visitors had to withstand some early pressure before securing an impressive 4-1 on the road to bounce back from the mid-week disappointment against Hebburn Town.

Jake Petitjean broke the deadlock with a smart freekick on the half hour mark before a brace from Liam Jarvie, including one from the penalty spot, put the game beyond the reach of the hosts following Stu Johnson’s reply.

There was still time for Marc Costello to add the finishing touches five minutes from time for Colin Stromsoy’s side who consolidated their spot in fifth place in the Ebac Northern League Division One table.

There was some positive news for Stromsoy who was able to welcome Adam Burnicle back into his starting 11 after overcoming a late fitness test.

Burnicle was one of three changes to the side who lost at home on Tuesday night with Johsnon Ballan’s recent substitute appearances earning himself a start in place of Ethan Wood and Kevin Carr filling in for Alex Barnes.

But it was the Bonny Blues who made the brighter start as they looked to capitalise on any low confidence in Aycliffe following Tuesday’s reverse.

Adam Pickford was called into action inside the opening three minutes when Shaun Gardner broke clear of Connor Phelan as he diverted the ball wide for a corner.

Grant Davison got on the end of a cross from the right but his header wasn’t troubling Pickford in goal.

Phelan found himself on the end of a strong challenge from Mally Holliday who was booked as the home side continued to press forward.

As the wind and the rain began whipping in from the nearby River Eden, Aycliffe grabbed a foothold in the game with Jarvie and Ballan seeing plenty of possession.

And it was through Ballan where Aycliffe took the initiative after a clever run saw him fouled on the edge of the penalty area.

After some deliberation it was Petitjean who stepped up and curled expertly around the Penrith wall into the corner of Luke Miller’s net.

In the 35th minute the game turned on its head as Aycliffe extended their lead from the penalty spot after Penrith felt they should have had a penalty of their own seconds early following a coming together between Aaron Brown and Max Brown.

Instead it was Aycliffe who went up the other end of the field with Jarvie who was brought down by Ric Faustino. Jarvie stepped up himself and drilled the ball down the middle to give Aycliffe a healthy advantage going into the break.

With no changes at the interval it was Burnicle who had the first chance of the second half after some good interchange with Jarvie. Burnicle evaded the Penrith back line and opened his body but sent his effort over the bar much to his frustration.

Four minutes later and it was Burnicle again who almost scored, in freak circumstances, as he sent a clearance away from deep inside his own half. But after the wind caught hold of it Miller misplaced his kick and the ball rolled agonisingly towards the goal line before the goalkeeper managed to scramble it away and spare his blushes.

Carr almost capped a wonderful Aycliffe move on the hour mark after the impressive Ballan worked his way into the penalty area and his pull back was left by Petitjean for Carr who fired narrowly wide.

Aidan McGee got his head to a well worked corner from Carr but couldn’t keep his effort on target as the visitors looked to assert their second half dominance.

But with the game entering its final 15 minutes Aycliffe were given a fright as Johnson found himself free inside the penalty area from Gardner’s cross.

The Penrith man did well to keep his strike low beyond the outstretched Pickford and give the hosts what seemed like a lifeline.

But immediately from the restart Aycliffe ensured there would be no need for nerves in the closing stages as Jarvie restored the two-goal lead.

Another excellent ball from Petitjean found Ballan who managed to cut inside onto his right and sting the palms of Miller who could only parry into the waiting Jarvie who coolly slotted home for his fourth goal in a week.

It would be Jarvie’s final act in the game as he was replaced by Ryan Redford who made an impact just minutes later when his through ball, after some excellent work by substitute Andre-Vasile Ardelean and Ballan, found the onrushing Costello who placed a calm left-footed drive into the corner.

The win moves Stromsoy’s side onto 53 points in the Ebac Northern League Division One table, just a point behind North Shields ahead of Wednesday’s trip to Newcastle Benfield in the quarter final of Mitre Brooks Mileson League Cup.

Aycliffe return to the Beaumont Landscapes Stadium on Saturday 14th March when local rivals Bishop Auckland will be the visitors. 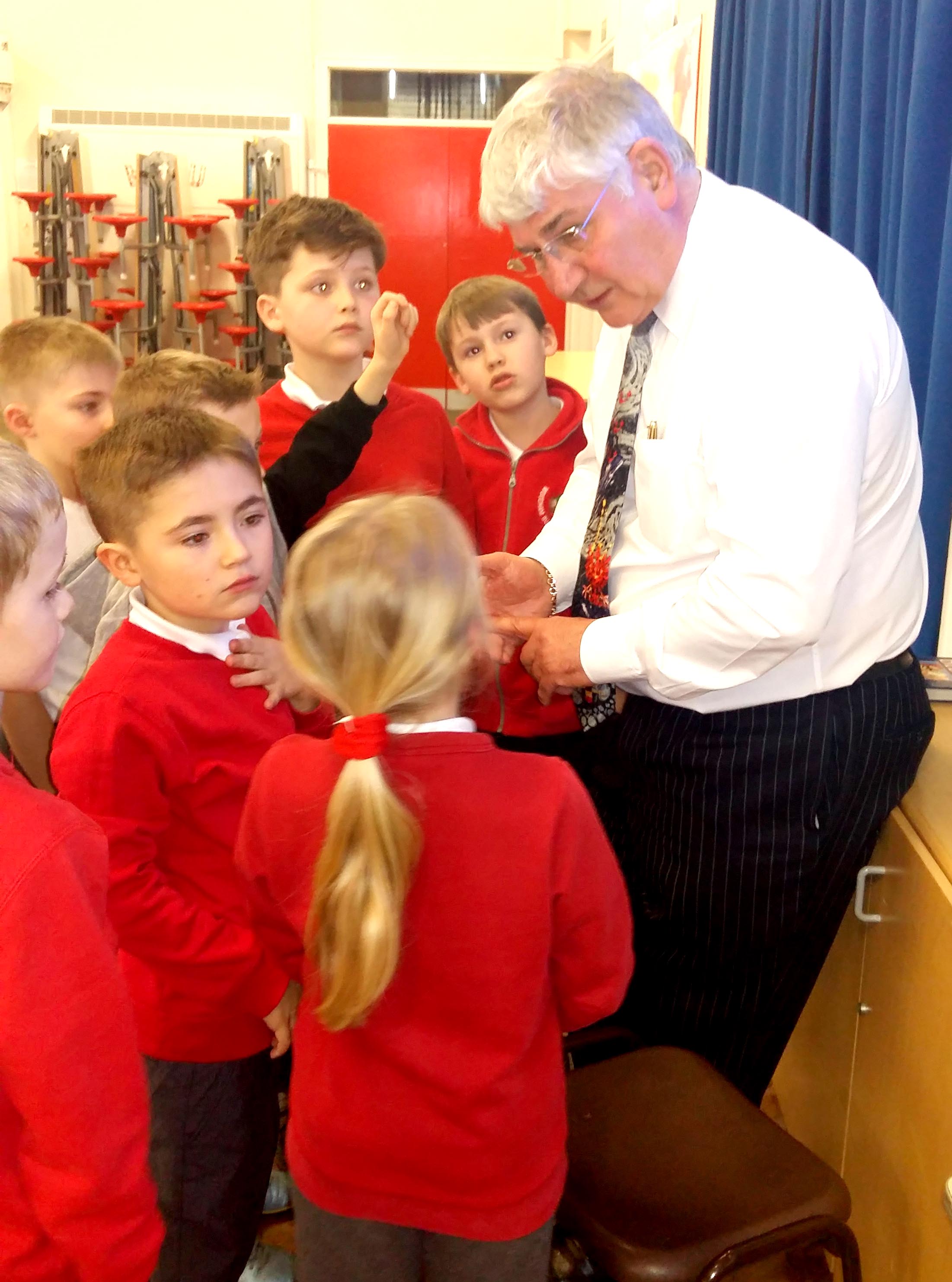 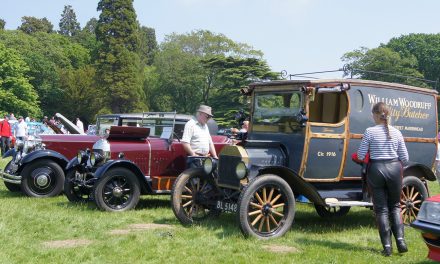