Election time is the rutting season for many of the big beasts of the wild woods, that are the political arena of local politics. A time of uncertainty, when – amongst the mainly nice – a few, often unpleasant, egocentric individuals become positively nasty. This unpleasantness is not confined to attacking the opposition; when there is no effective opposition they attack their own! From time to time, semi-literate individuals – normally puzzled as to which end of a pen is used for writing – suddenly flower into a renaissance of invective, on occasions, putting their name to letters penned by others, too cowardly to do I Hate Elections their own dirty work.

Highlighting what they consider to be the flaws of others, forgetting their own. This will be the last local elections that I will fight –  win, lose or draw. Yet, away from the strutting stags (and even amongst them) there is real dedication and outstanding talent at work in our community. Unsung councillors, including such as John Clark and James Atkinson, who work so hard within their communities, shunning self publicity and the trumpet call. They and many others continue to give much to our town. The Independents play their part, too. I do hope that post-election, members will seriously consider selecting someone other than a Labour Party councillor, to represent GATC and the Town as Mayor. This ought to be non-political; an acknowledgement of Service, not prescriptive, as it is at present. Obviously, public service is by no means the preserve of the local politician.

There are dedicated people like Vince Crosby  who voluntarily, spends all of his time in Newton Aycliffe Youth & Community Centre making sure there are lots of activities for the young people of our town and who hopefully soon, will be securing the longterm future of the Centre. There are also those volunteers who freely give their time at the town’s Food Bank. Also, I am not sure what else Honest John needs to do to be officially honoured for the cash he has raised for charity in our town. In conclusion, soon the elections will be over and a sort of peace will descend on our town for another four years! 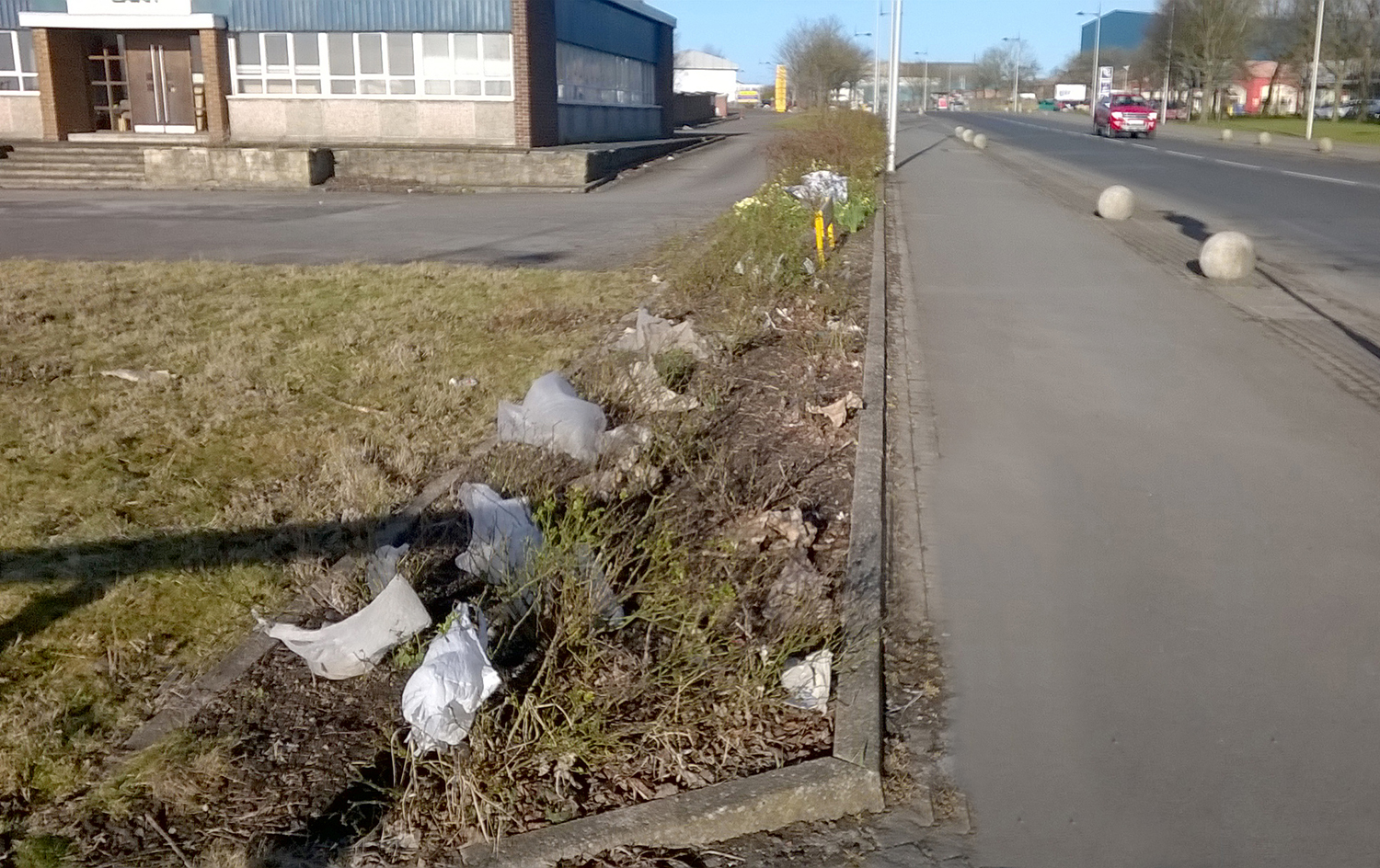 Litter at Entrance to Town