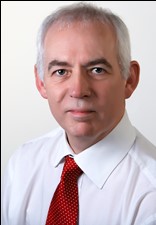 We were told that after the General Election we would see a different kind of politics. Yet last week’s Newton News on page 4 was full of hypocrisy, contradiction and falsehoods from Labours political opponents.

With reference to the article from Michael Stead where he stated that he has lived in Woodham for 17 years, he clearly doesn’t know the area as can be seen by the distribution of election material in wards outside of the election boundary! He says he is a successful businessman and accountant but has stated, and I quote: “I will never back another council tax rise…”; is this sound business management and accountancy practice?

Our Town Council is recognised as efficient, effective and value for money, and residents, in a latest survey, confirmed their satisfaction with the service it provides. Also, Professional Auditors; Mazars LLP, gave GATC a clean bill of health and stated in their annual report to Council: “the Annual Governance and Accountability Return is in accordance with Proper Practices and no other matters have come to our attention giving cause for concern that relevant legislative and regulatory requirements have not been met”.

Contrary to Michael Stead’s leaflet claims of wasting money and poor services, in fact the Town Council’s current Medium Term Financial Plan indicates the Council will be able to retain its activities and services for the next 5 years and also maintain our assets for the next 10 years, demonstrated through improvements and a Capital spend of £269,000. Woodham North residents can judge for themselves whether a council tax rise of 7p a week at band A is value for money when based on the wide range of services and facilities that their Town Council provides year on year.

Mr Stead has also claimed that our council tax costs us more than almost everywhere else in England, again claims he has not substantiated. Great Aycliffe residents pay a lower council tax than a number of towns in the county, even though they are smaller and provide fewer facilities. This constant false reporting only demonstrates Mr Stead’s inability to provide the real facts and anyone who has seen his posts on social media will know that he is mainly interested in cutting services to keep his own council tax low. As one of the most deprived areas in the country, County Durham has low property values and high social need, and Mr Stead is misleading you if he claims to be able to do anything about that as a Town Councillor. However, Aycliffe’s Labour run Town Council provides high value services at a relatively low cost to the rate payer.

This by-election offers the residents of Woodham North the opportunity to elect as its Town Councillor Brandon Fleet, who offers fresh ideas with real potential to make a difference. The future belongs to the young people of today, so please give him an opportunity to deliver a new tomorrow.

The Best Price Without Asking

Teenagers Save Dog From Burn