Durham Police, Crime & Victims’ Commissioner and Durham Police’s work in helping the most vulnerable people in their communities has been rewarded with ‘highly commended’ recognition in the World Class Policing Awards.

The Peer Mentors Scheme saw 450 people supported by mentors with life experience, reducing mental health calls to the police and improving their mental and physical wellbeing.

The project aims to reduce the pressure on frontline emergency services, and local councils by engaging with those who make frequent calls to these services and reducing the severity and frequency of the calls.

The support it provides has been so successful that the organisations have now provided training programmes to 14 other forces in the UK and two state forces in the USA.

The unique Peer Mentors Scheme has reduced demand on front line policing while empowering vulnerable and isolated people affected by mental health issues, victims of crime, neighbourly disputes, and anti-social behaviour to not feel let down by society and professional frontline services.

More than 39,000 police staff hours have been saved, resulting in huge savings for the force while there’s been a reduction in poor behaviour in communities in the county.

Confidence in the police and other frontline organisations has also been enhanced and maintained.

Judges commented that this programme “demonstrates so many of the characteristics of World Class Policing.”

A spokesman added: “It is high impact both in terms of the public and victims, it involves some of the most marginalised people themselves in the delivery of a service that changes lives, it makes a well-argued case for having an impact on staff wellbeing and it is genuinely creative and innovative in its design.”

The spokesman continued: “This is an excellent example of a progressive approach to trying to get offenders and potential offenders out of a life of crime by taking time to deal with the issues they are facing, and thereby increasing the confidence in local police and a feeling of safety in the local community.”

The World Class Policing Awards are sponsored by Accenture.

The Awards specifically recognise and celebrate the collaborative nature of policing – whether that is a brilliant investigation, a business change project or a multi-agency partnership – in delivering the most effective and efficient way to protect our communities and keep them safe.

Attendees at the Awards – which took place at the Grosvenor Hotel in Park Lane, London – included Chief Police officers from across the Globe as well as winners, their partners and sponsors. They were presented by experienced broadcaster Jeremy Vine. 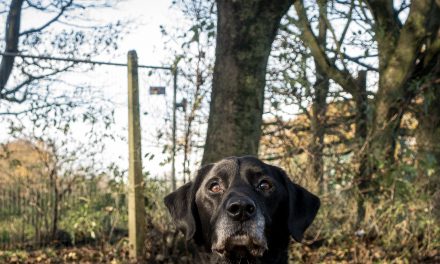