In Support of ‘Bedroom Tax’

Once again John D. Clare has decided to blame the Coalition Government for the farce that was the Benefits System inherited from New Labour. My father had a phrase which describes his politics, “Selective indignation”.

Inadvertently, he has properly called the proposed benefit cut a tax. All taxpayers have paid throughout the new Labour era so that New Labour could buy votes from those on benefits by subsidising empty bedrooms and under occupancy of Social Housing.

Unfortunately, New Labour’s mismanagement of the economy and failure to regulate the banks has meant that tax payers and the country at large cannot afford to continue to finance what is a waste of the State’s resources.

All politicians agree that a major factor in the recovery will be the speed of growth in the economy.  To grow the economy we need jobs and to attract qualified workers.  Clearly, when Hitachi starts up there will be an increased demand for bedrooms for workers who will pay tax and bring money into the local economy.

In an ideal world some of those on housing benefits should get one of the new jobs and therefore be able to pay the economic rent that Social Housing provides and still be in a position, via income tax, to assist in financing those that are unable to work and need subsidised accommodation.

It appears to me to be good for the town, the region and the whole country (and taxpayers) to encourage a single person on Housing Benefit, living in a three bedroom Social House, to down-size and make way for a family that needs and can afford the rent of the three bedroom house. Tax payers are in a win-win situation.  They do not have to subsidise two spare bedrooms and there is an extra tax payer to share the load of paying benefits to those who really need them.

Of course there will be special cases and a lot of hardship, however, that is not the making of the Coalition Government.  Instead of squandering tax monies on subsidising under occupancy of the Social Housing Stock (to ensure re-election by the beneficiaries) New Labour should have spent this tax money on single and two bedroom accommodation so as to free up family houses for families, many of whom are having to rent in the more expensive private sector while still subsidising under occupancy of our housing stock.

John D. Clare needs to get into the real world and stop wasting his time attending rallies.  He is too late; he should have rallied against the minimum wage, tax credits and New Labour creating a reliance society and the misappropriation of tax money to buy votes to achieve re-election.   Indeed, the movement he supports hit a new low when they had a grieving mother, who had recently lost a child, appear on TV and say that she could not afford to keep her child’s bedroom as a shrine as her housing benefit was being cut.  That to me was sickening! I find it abhorrent that national television should use a grieving mother in such a fashion.  Also, the implication was there that the Coalition Government’s policy was to blame for the pre-mature death of a child! This was gutter politics at its lowest.

Again, we need to guard against knee-jerk reactions to policies that will allow us to continue to afford to give benefits to those who are reliant on them.

We need to properly and fully utilise our previous investment in Social Housing assets to revitalise our local economy, fairly and for the benefit of all in our society.  If our economy goes the way of Greece and Cyprus all people on housing benefit will suffer whether they are in under occupancy or not!

This is the true legacy of New Labour and John D, Clair’s selective indignation at the Coalition Governments necessary policies, and his intermittent ranting against them, will not change this fact.

Dogs Left to Starve to Death In Romania

What is Happening to this Country? 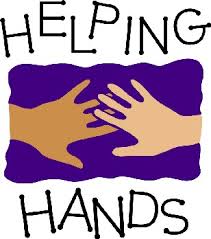 How Can You Give a Helping Hand?