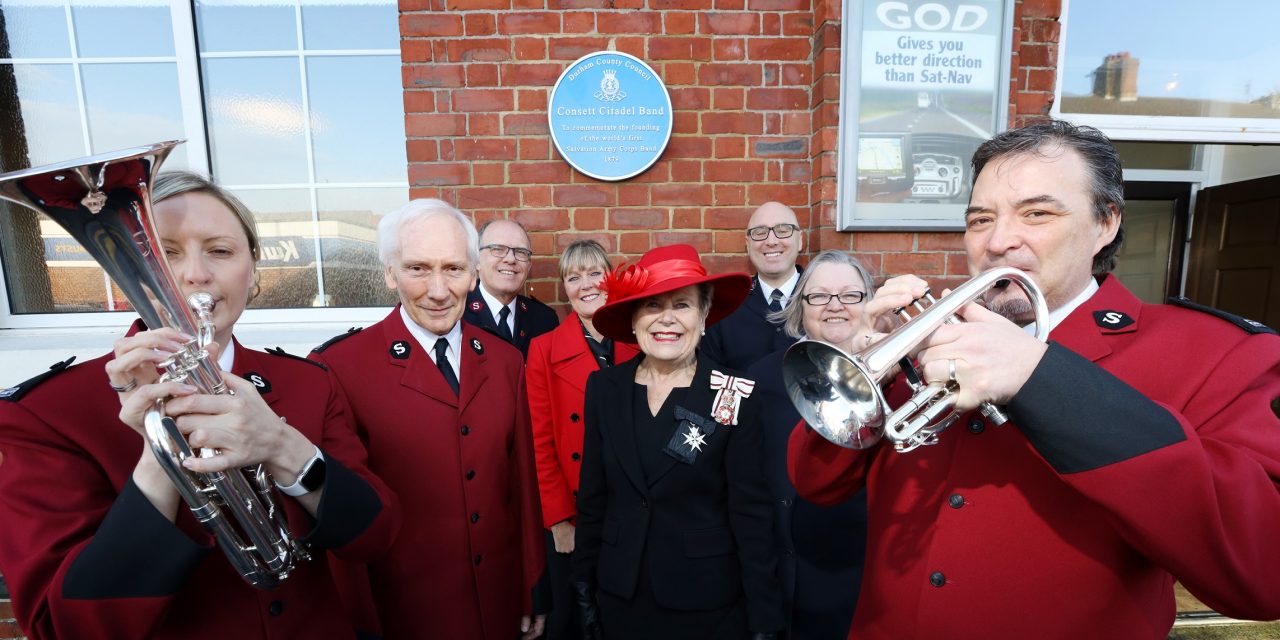 A blue plaque has been unveiled at the home of the world’s first Salvation Army band.

The Citadel, in Sherburn Terrace, Consett, is the latest building to receive the honour, which Durham County Council is promoting as a way for applicants around the county to commemorate historic links between a location and a famous person or event.

Consett Citadel Band was formed in 1879 and has been officially confirmed as the organisation’s first by the Salvation Army’s International Headquarters in London.

A number of UK bands had laid claim to being the first, but a specially established board of enquiry agreed that the Consett band was the true holder of the title. In July 1906, the band received a letter confirming the news.

In 1929, the Salvation Army’s International Headquarters arranged for the first picture of the band to be taken to commemorate its 50th anniversary. Among those pictured was Richard Chambers, whose great great granddaughter Kelsey Thackeray, is a member of the current band and presented a bouquet to Sue Snowdon, Lord Lieutenant of County Durham when she unveiled the plaque.

In its first years, the band practised and played at various premises in the town, including the Salerooms in Middle Street.

However, in 1902, the band moved into the Sherburn Terrace citadel, which had been purpose-built by the Salvation Army.

Now its status as the home of the first Salvation Army band has been recognised with a blue plaque.

Mel Soulsby, band secretary, said: “During 2019, there have been a number of celebrations to mark the Consett SA Band’s 140th anniversary. To receive the news that Durham County Council was to award a blue plaque to the band was met with great delight and set the seal on a great year of celebrations.

“It was in December 1879 that the band made its very first appearance playing carols, the significance that the blue plaque was awarded and unveiled exactly to the month 140 years ago was not lost on the band.”

The plaque, awarded by Durham County Council in association with the county’s Cultural Partnership, was unveiled by the Lord Lieutenant at a ceremony attending by guests including Cllr Joy Allen, the council’s Cabinet member for transformation, culture and tourism.

Cllr Allen said: “This year, Consett’s Salvation Army band celebrates its 140th anniversary, and we are extremely pleased to be able to help them mark the occasion with the awarding of a blue plaque.

“The Salvation Army is known around the world so to be able to say that the organisation’s very first band was established right here in County Durham is a real honour for our area.” 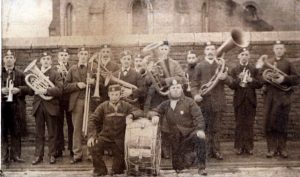 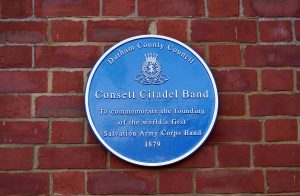 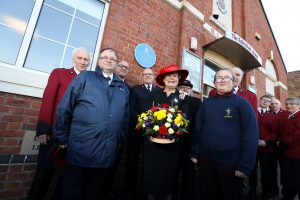 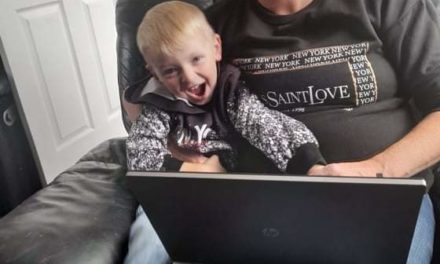 Supporting residents into training and employment