Aycliffe FC back in Top Half of League

After a string of frustrating results on the road recently, Newton Aycliffe will have been glad to be back home on Saturday. With Hebburn Town the visitors, and firmly rooted to the bottom of the table it was a game Aycliffe had targeted for the 3 points.
New signing Harrison Davies was given a start on the left of the Aycliffe midfield, and he turned in a very positive first performance.
The game started brightly for Aycliffe, with chances for leading scorer Jamie Owens, as well as 2 Michael Gibson efforts, the second of which rebounded off the bar.
However in the 20th minute, Aycliffe conceded. A Hebburn corner from their left was swung into the box, and although Young in the Aycliffe goal protested strongly, his challenge was unsuccessful, as Costello headed into the net.
Whatever Allan Oliver said to the players at half time though was clearly effective!
Just 5 minutes into the second half and the two forwards linked up well. On this occasion Wilson was the provider as he slipped the ball through to Owens, who managed to lift the ball over the advancing keeping and into the net.
Three minutes later and the game had been turned on its head! Quick thinking from an Aycliffe corner on the right led to Michael Gibson and Stuart Owen working a short corner. Owen drilled a cross into the box where Owens was on hand to slot home.
In the 68th minute, the game saw a fourth goal. Owens turned provider on this occasion, with good play down the left. His cross was met at the far post by Michael Gibson, with his first goal for the Royal Blues.
In the 75th minute and nearly a moment to savour…James Oliver, holder of the longest goal drought now in the Aycliffe squad somehow found himself through on goal. However the keeper ruined his big moment with an excellent save to turn his shot onto the bar!
A much improved performance from Aycliffe in the second half. The deserved 3 points see them back up into the top half of the league table.
With no midweek game this week, next up for Aycliffe is a trip to Bedlington next Saturday.
Supporters are also reminded that the Club’s Xmas Fayre takes place on 30th November prior to the trip to Morpeth so get the date in the diary now! In addition, anyone requiring further information about the Herbalife products is asked to contact the Club directly. Finally, if anyone is interested or able to act as a sales outlet for the Christmas raffle, could they contact Barry Waters. 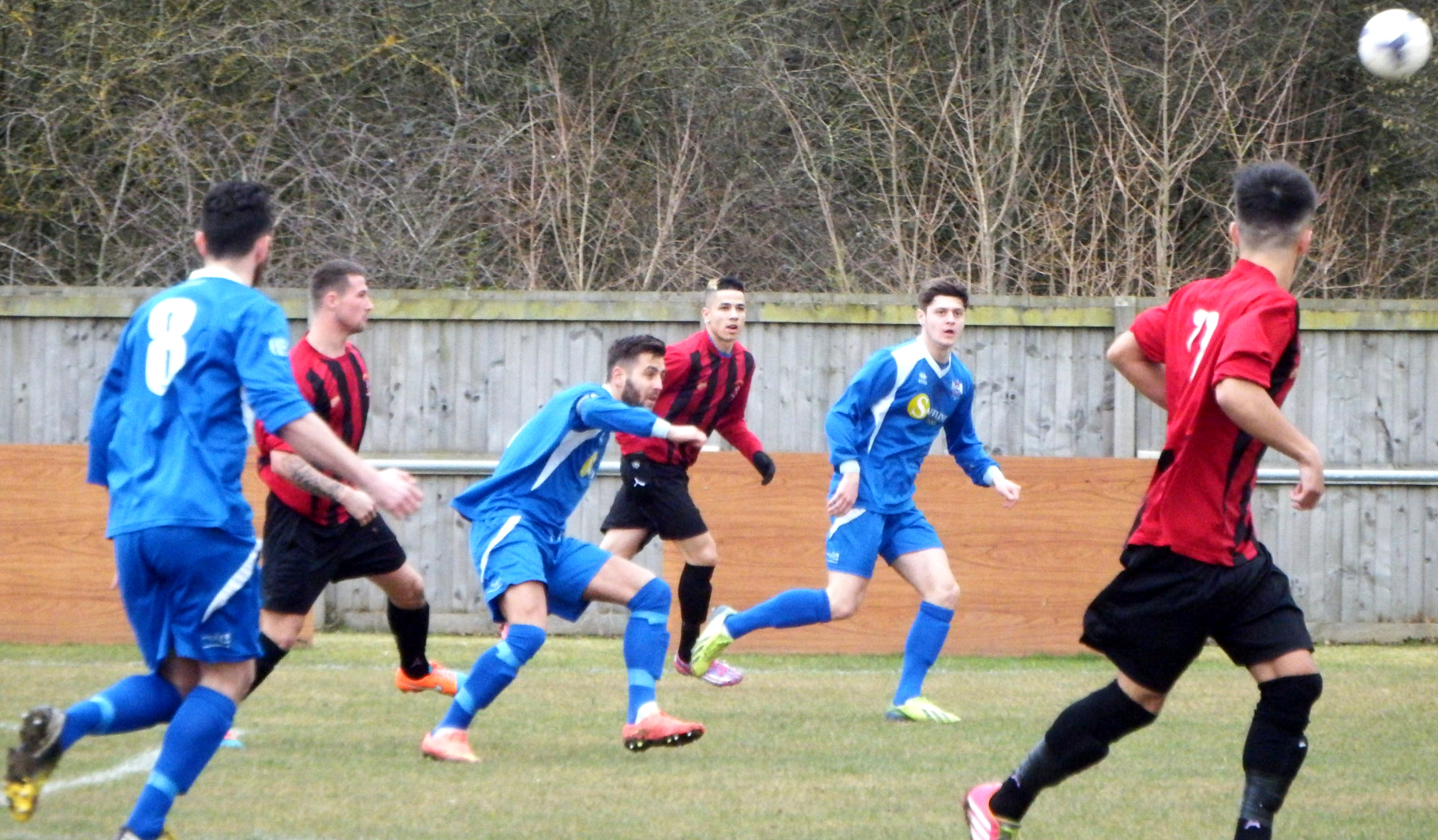