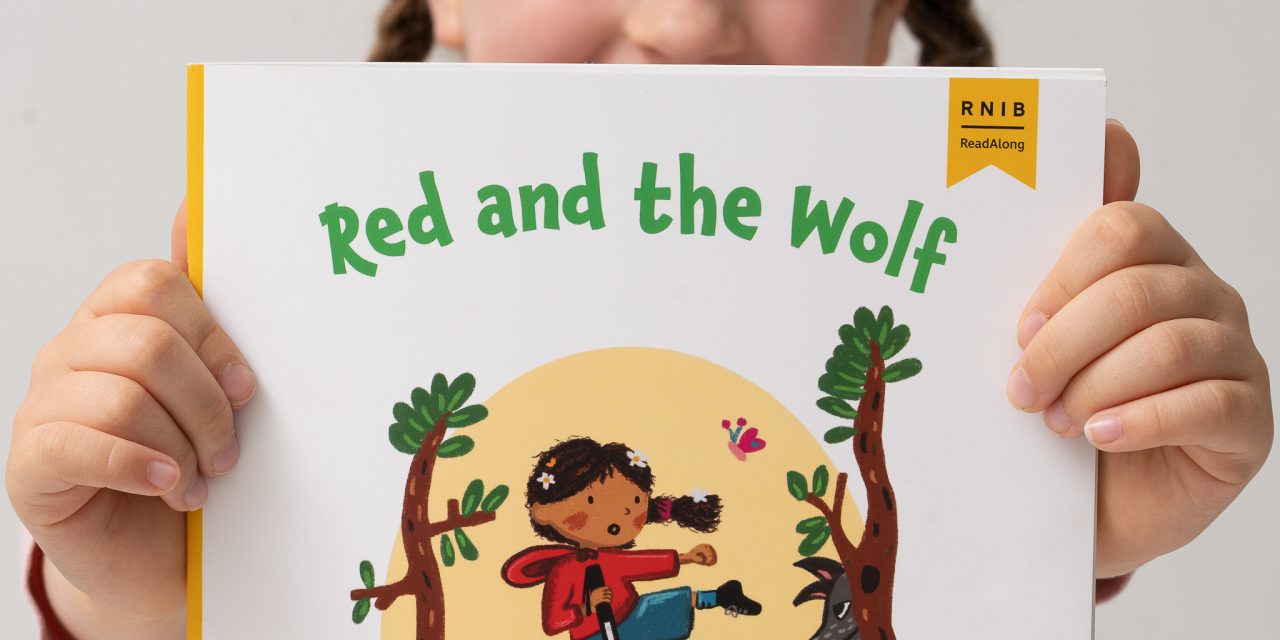 The Royal National Institute of Blind People (RNIB) is calling for families in the North East to take part in a giant virtual reading event next month.

The charity hopes that the event will break a world record to highlight the need for more positive representations of disability in children’s literature.

To take part, families will need to read the RNIB’s reimagining of a fairy tale favourite, Little Red Riding Hood, called Red and the Wolf. It includes a young girl with vision impairment as the main character, who uses a long cane and is highly skilled at martial arts.

Aimed at children aged three to seven, the book, which was written by author, Deborah Fajerman, also comes with an audio version that has special sound effects designed to help children ‘read along’ with the story.

RNIB Head of Innovation and Development, Caroline Beard said: “Our earliest perceptions of the world are shaped by the books we read. It is essential that children see disability as natural from an early age, to challenge discrimination, promote an understanding of difference, and help children with disabilities feel included in society. However, there is a shocking lack of positive disabled characters and role models in children’s books.

“We launched Red and the Wolf to refresh a classic story and turn it into something that celebrates difference. Now, we are really excited to ask families in the North East to help us by taking part in RNIB’s virtual ReadAlong and hope that many children will enjoy reading about how Red overcomes the challenges she faces.”

Adam Brown, Head of Records at Guinness World Records said: “We wish the RNIB the very best of luck in their upcoming attempt. Inclusiveness is a value that Guinness World Records holds very dear and the RNIB’s work in challenging discrimination and ensuring that all children with disabilities feel positively represented in the books they read and in society in general, is incredibly important. Their aim to achieve a Guinness World Records title reflects their dedication to this cause and we look forward to adjudicating their record attempt on the day.”

The RNIB ReadAlong aims to achieve the Guinness World Record title for the Most photos of people holding books uploaded to Facebook in one hour. It will take place on Thursday 10 December on the charity’s Facebook page. To take part, families are being asked to take a photo of themselves reading Red and the Wolf and post it to the page between 6pm and 7pm. The record will be measured by the number of individuals who upload a photo of themselves, or their families, within the hour.

Red and the Wolf is available to purchase now from readalong.org.uk for £8.99 including delivery.

Private Fostering Must be Notified