Council Worker Celebrates Half a Century 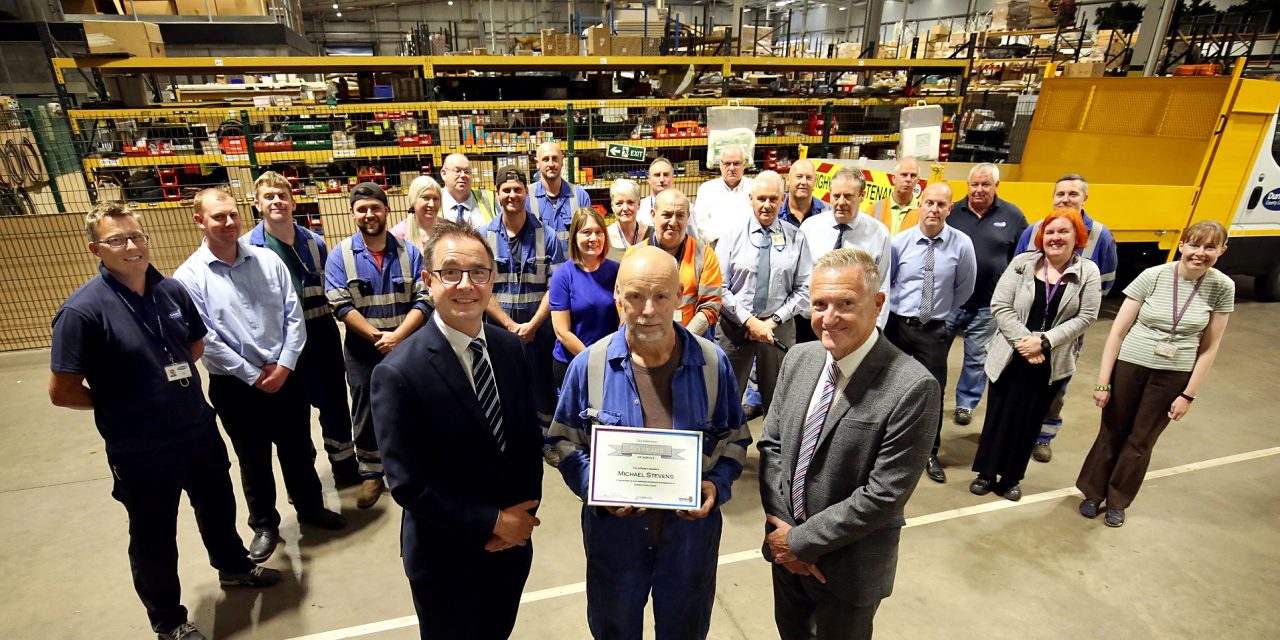 Durham County Council leaders have congratulated a member of staff on 50 years of service with the authority.

Sixty-five-year-old vehicle maintenance fitter, Michael Stevens, joined Durham City Council, which later merged into the current county council, in 1969 as a 15-year-old apprentice and stayed for half a century.

Chief executive of the council, Terry Collins, and head of environment, Oliver Sherratt, joined Michael and his colleagues for a much-deserved celebration, to congratulate him for his hard work and dedication.

Michal, from Croxdale, was presented with a certificate and shopping voucher as a thank you for his dedication and long service.

Mr Collins said: “I was delighted to present Michael with his certificate and to thank him personally for his outstanding service. Fifty years is an incredible achievement. The council wishes him well for his future retirement.”

Mr Sherratt said: “Over 50 years Michael has amassed considerable experience and expertise in the maintenance and care of the council’s fleet to keep them on the road. He is highly regarded by all his work colleagues, who delight in him reaching this remarkable milestone, and wish him all the very best.”

Michael, who is a talented rower and represented Durham in the Rowing World Masters, will retire in September and is looking forward to spending more time on the water and sharing his free time with wife Dianne and his grandchildren.

Michael said: “I’ve enjoyed working here. That’s why I’ve stayed for 50 years but when I do retire, I am looking forward to concentrating on more rowing and cycling.”

Surprise, Surprise is Back