Agriculture Bill – Why Did You Do That?

Leaving the EU means the UK is also leaving the EU common agricultural policy, so it was always the case that Parliament would have to introduce legislation for farming, and thus the government’s Agriculture Bill passed its third reading on 13 May.

Some of the things it does are essential. It continues grants to farmers when the EU subsidies end. Moreover, it phases out the unsatisfactory system whereby farmers are paid mainly for the food they produce, and allows payments for ‘public goods’ such as environmental and animal welfare schemes, and soil protection and improvement.

The Bill has been broadly welcomed by just about everybody, except for one major omission – it does not rule out lower food and animal welfare standards in any future trade deal.

Most people will be aware of the fear that a future trade deal – let’s speak openly, with the USA – will allow products onto the market which do not meet current UK food and animal welfare standards (the items which get mentioned in the news are chlorinated chicken and hormone-treated beef). In such a situation, UK farmers could find themselves flooded on the home market by cheaper products from the US, but also (even if they wanted to) unable to respond by cutting corners themselves because that would freeze them out of their biggest market (the EU).

During the election, the Tories explicitly promised that standards would not be relaxed. Recently, Secretary of State for Health and Social Care, Matt Hancock, has written to his constituents assuring them that the EU Withdrawal Act transferred all existing EU food safety provisions onto the UK statute book, and that “Ministers have made clear these standards will not be watered down in pursuit of any trade deal now that the UK has left the EU.”

Notwithstanding these assurances, the omission of a specific clause stating such in the Agriculture Bill has caused a great deal of alarm, and not just from environmental and consumer groups. Farmers are absolutely furious, and the National Farmers’ Union (hardly a flagship of rebellion) has come out asking the government “to enshrine its manifesto commitment in law”.

In the Bill’s Third Reading Simon Hoare and Neil Parish proposed, separately, amendments to the Bill (it is worth pointing out that not only are both Hoare and Parish senior Conservative MPs, but the Parish motion was proposed on behalf of Parliament’s Environment, Food and Rural Affairs Committee). The Labour Party also proposed an amendment (which used exactly the same text as the government’s Environment Secretary George Eustice had used himself in a motion last year 2019).

All three motions amounted to the same proposal: that any agricultural or food product imported into the UK will meet standards as good or better than current UK standards in relation to animal welfare, plant health, and environmental protection.

All three were voted down by the government.

Without such a clause, there has to be a concern for the future of our food standards, our environment and animal welfare, and the financial security of our farming industry.

We have, of course, an MP who is not only ‘in the know’ on government thinking, but who himself voted for the bill.

So the question to Mr Howell has to be:

If the government is indeed assuredly committed against any decline in standards in any future trade deal, what was the big problem with saying so in the Agriculture Bill? 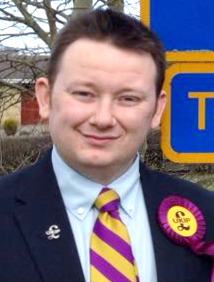 From the UKIP Election Candidate

Will we be in Business in the Next Few Months?