‘To Rebut a Couple of Accusations’

A letter last week asked if you could trust your MP. I hope to prove you can, but it is always easy to criticise from behind a cloak of anonymity. I wonder why the writer felt this was necessary, possibly so they won’t have to admit their mistakes?

To rebut a couple of accusations:

Yes, I said I would stand down from my Councillor positions and this was scheduled to happen in time for the May elections. My decision on this timing was to save the council the cost of running a separate election when they already planned one in May for the PCVC. I have previously stated that the allowances I received in this time would be donated to charity and this is happening, I have some funds left if anyone wants to suggest causes.

Once the coronavirus lockdown began all local elections were paused, meaning that if I stood down a replacement could not be selected. I therefore took the decision to delay standing down until this changes to leave residents with representation in place. I fully recognise the limitations of filling multiple roles so I have declined allowances since April. It is now unlikely that local elections will take place before the all out Durham County Council elections next May.

With regard to claims about my voting record and the NHS, we could not have been clearer in all communication on the planned trade deals that the NHS is not on the table.

What we have is a constant tirade of unfounded allegations, typically from members of the Labour Party who themselves drove PFI initiatives which massively undermined NHS finances.

Remember that any trade agreements with the USA and other countries will be completed well before the next elections. So, if we don’t hold to those commitments the opportunity for reckoning will be then.

I will continue to do my best to represent the people of Sedgefield, it’s just a shame that some people are more intent on deliberately misrepresenting what I do or say. If anyone wants to meet to discuss anything we now have our office operational and you can make an appointment by emailing me on paul.howell.mp@parliament.uk 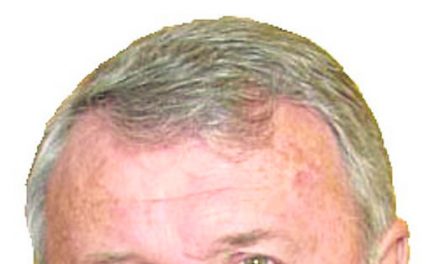