I would like to respond to Mr Vince Crosby’s letter in last week’s edition, regarding Cllr. Brian Haigh missing the litter pick the other week.

I understand that Cllr. Brian Haigh is the Vice Chair of the Environment Committee, there was an email sent 21st May asking for attendance due to Cllr. Ian Gray being on holiday (Covid restrictions). Cllr. Brian Haigh had received his second Covid jab the week previously and had a bad reaction to the injection, so has not been in full fitness.

As to the statement that he should step down, just because Labour have lost their hold on the area, that is just sour grapes – please don’t throw your toys out of the pram because you no longer control the town, the people have spoken and you need to stand yourself if you wish to change anything – jealousy is never a pretty shade of green to wear. 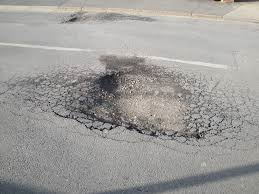 Road Potholes Cause Problems for Disabled

Labour Claims Do Not Stand up to Scrutiny