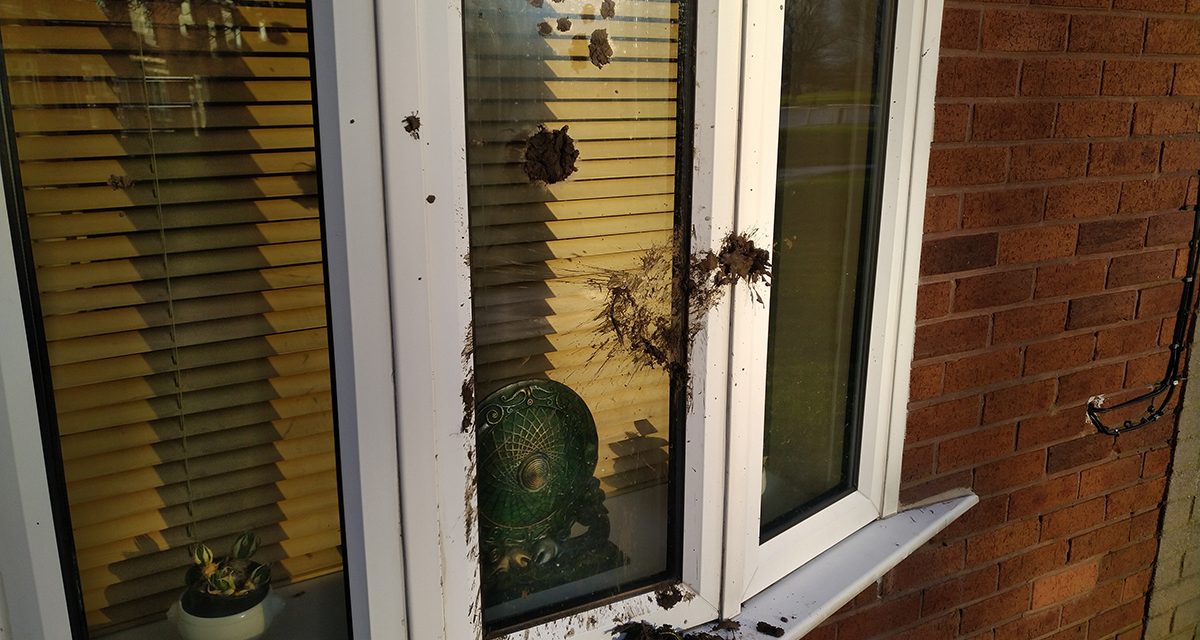 Over the last week or so, the thick, mindless idiots, who get a cheap thrill from harassing the residents of Newton Aycliffe, have took it upon themselves to splatter my living room windows with stone-filled mud pies on several occasions.

It just so happens that two of the gang responsible were on the front page of the Newton News at the beginning of December, “making Christmas Wreaths to give to those that they had harassed”.

Was this a cheap publicity stunt or is it just that they are trying to become infamous, maybe they are starting their wreath list for next Christmas already?