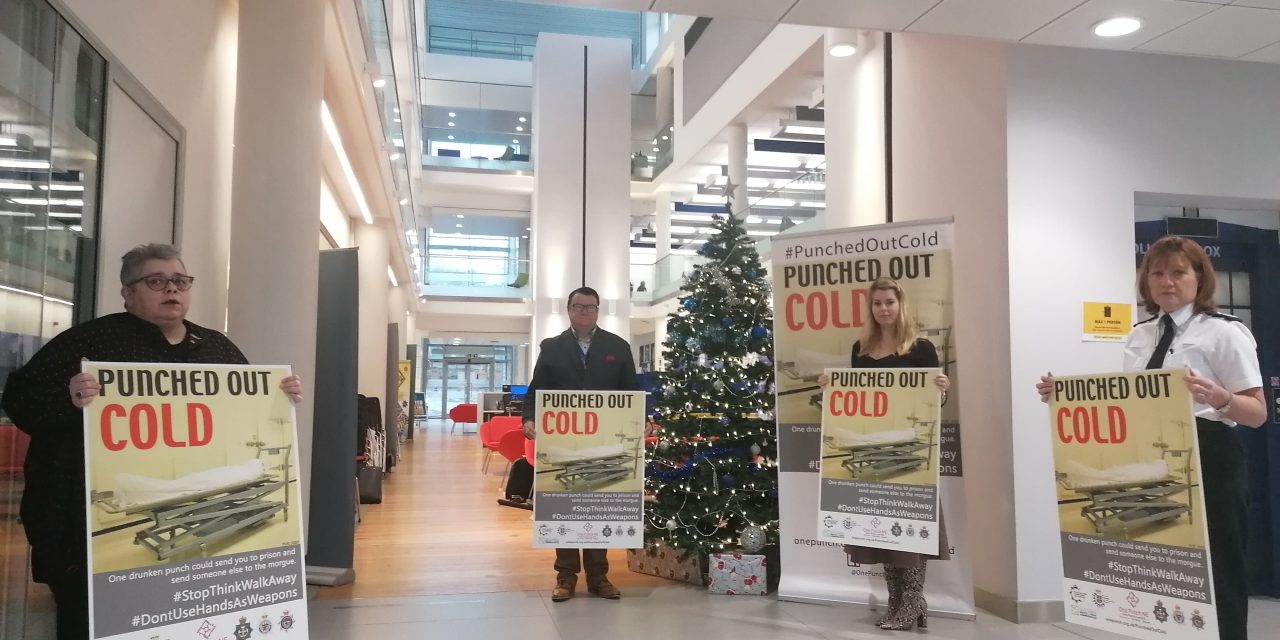 Enjoying the party season will not be the same this year, but one mother’s message remains consistent.

Maxine Thompson-Curl came to HQ this morning to launch her 7th annual Punched Out Cold Campaign which she began after losing her son Kristian.

Kristian was just 19 when he was punched on a night out in Consett in 2011. He passed away 10 months later.

Maxine set-up One Punch North East as a campaigning group in 2014 which has now become a registered charity.

Today, as CEO of One Punch, Maxine joined forces with Chief Constable Jo Farrell, Durham’s Acting Police, Crime and Victims’ Commissioner, Steve White and Northumbria’s Police and Crime Commissioner, Kim McGuiness, to officially launch this year’s campaign which aims to warn people of the devastating consequences just one punch can have, especially when fuelled by alcohol.

Maxine said: “Kristian was taken from us by just one punch, from a lad who was under the influence of alcohol.

“I want people to think twice, especially this year when it’s been hard for everyone and they might get carried away if they can go to the pub.

“We all have a responsibility to make sure there’s not more parents like me.”

CC Farrell added: “We know this has been a difficult year for everyone but the message has never been more important in asking people to keep that degree of control when it comes to alcohol.

“We would normally do most of our work around licenced premises which has been more challenging with the pandemic but I would urge everyone to enjoy themselves responsibly.”

Steve White, Acting Durham Police, Crime and Victims’ Commissioner said: “I fully support the Punched Out Cold Campaign across County Durham and Darlington which raises awareness about the devastation one punch assault can cause.

“Young people need to be reminded how easy it is to cause serious injury resulting in a lifetime of regret. Drinking too much alcohol can make people vulnerable to becoming a victim or perpetrator. I want people to drink responsibly, make sensible choices and consider how too much alcohol can affect decision making. The consequence of a split second decision to engage in violence can be devastating and I urge people to recognise the impact that one punch violence can have on victims and their families.”