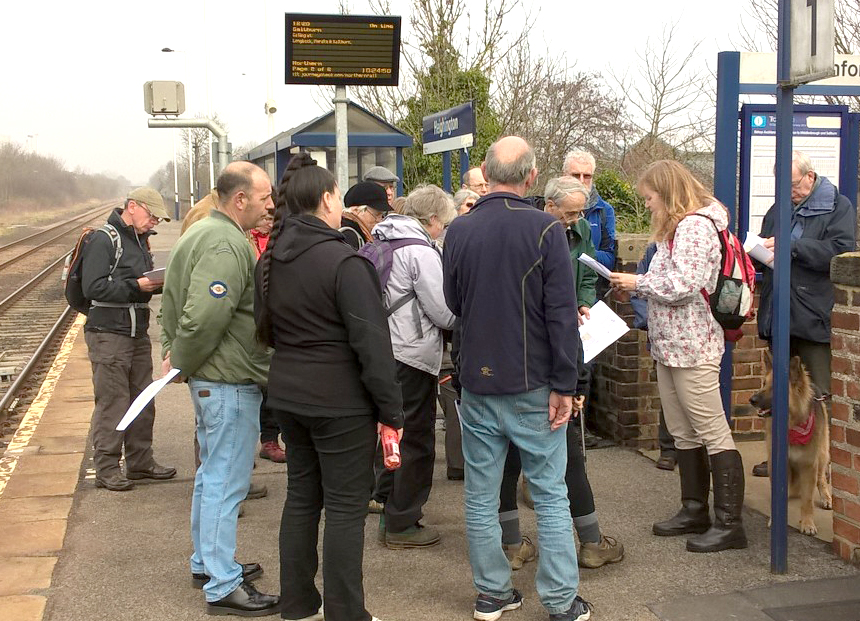 The Friends of the 1825 Stockton and Darlington Railway are already preparing for the bicentenary of the S&DR in 2025, and last Sunday a large group gathered at Heighington Lane Station to ‘walk the line’.  These events, organised by heritage coordinator Caroline Hardie, are the beginning of that process, as we identify what remains of the railway, so that we might preserve and present it for tourists and enthusiasts.
The walk started at the Locomotion pub – the point where, in September 1825, Locomotion was put on the tracks and (as Hitachi are doing two centuries later) was tested up and down the track.  In 1825 it was a ‘bleak’ place, chosen because the engine was brought by road from Newcastle, and it was the first place close to the turnpike (now A167) road.
The pub building, we were told, is very early – perhaps 1826.  It was built as a place where workers from the adjoining coal depot could seek refreshment.  At the same time it served also as a halt and booking office for the trains – one of the first stations in the world (although the name ‘station’ came later).
We skirted the edge of the Business Park – without Heighington Lane Station there would have been no Royal Ordnance Factory and without the Ordnance Factory no Newton Aycliffe. At Simpasture we saw where the Clarence Railway (now a spur of the Great Aycliffe Way) joined the S&DR, and noticed how a railway accident in 1949 had damaged the bridge – which is why it now has a steel deck, not a stone arch.
We walked on towards Shildon along the new path, pausing to note the loading staith for Old Towns Quarry, the sites of the mining communities at Riseburn and Eden Pit, and details such as culverts and sleepers.  The walk ended at the Locomotion Museum.
You can follow the Friends of the S&DR on facebook at http://bit.ly/SandDR 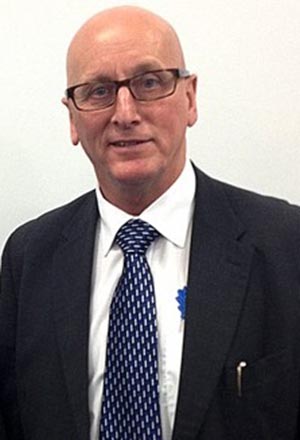 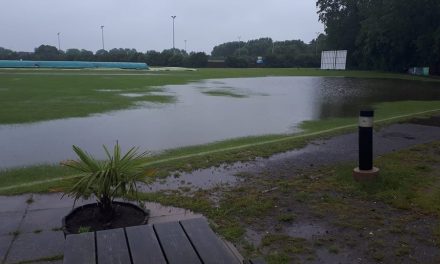 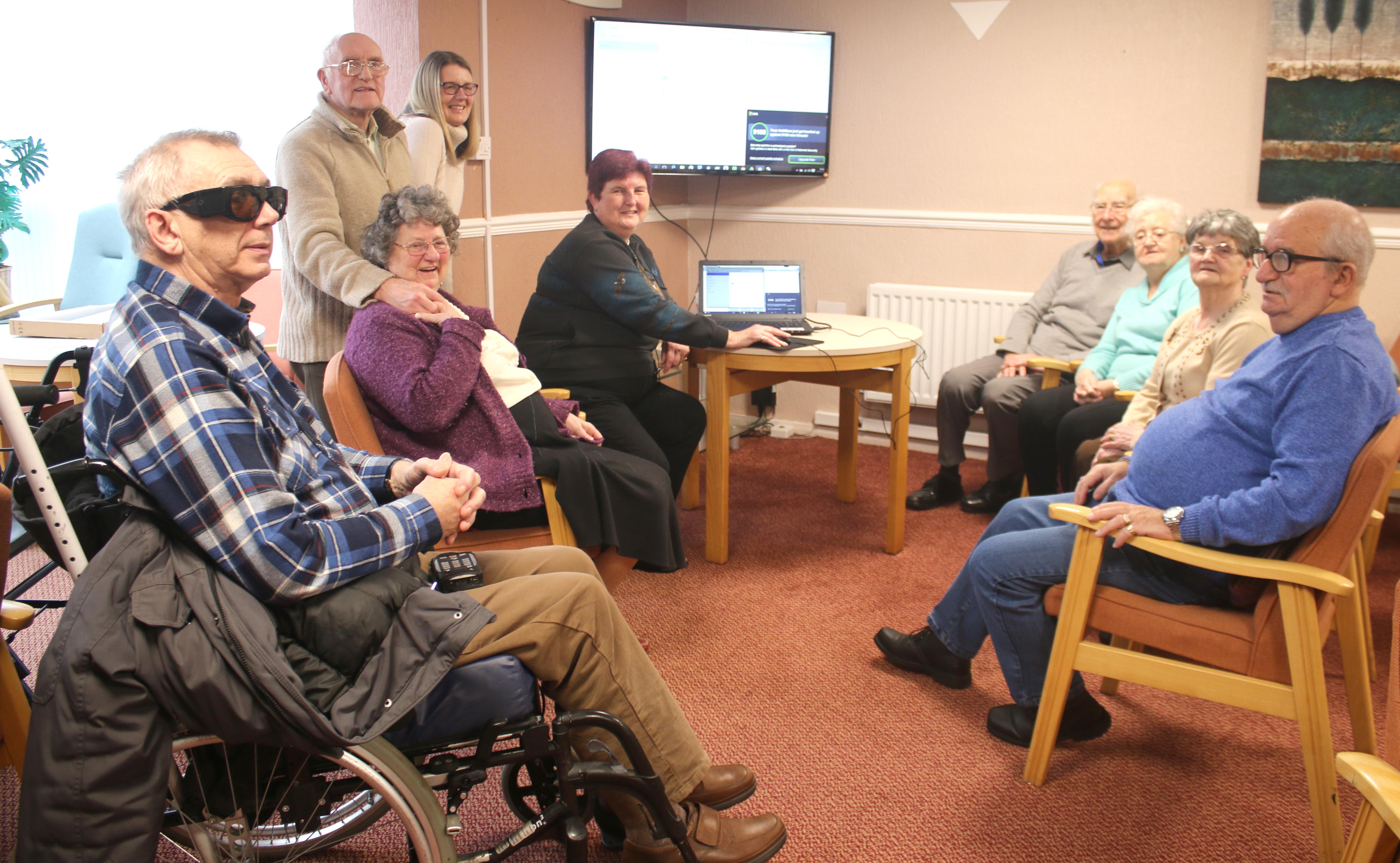