UKIP Vision For The North East

The likes of Tony Blair, Jeremy Corbyn need to be reminded as they screech about the need of a second referendum, that the people were never consulted over the question of freedom of movement and were never asked if they wanted their communities ‘enriched’ by multiculturalism, nor were they given the chance to vote on whether they wanted to see their local hospitals and schools buckle under the pressure of uncontrolled immigration, which has been encouraged and supported by Labour in Britain over the last two decades. The people of Britain were asked if they wanted to remain or leave the EU and it was a resounding Leave vote that won the day. These pro EU politicians should respect this decision as the people would have been expected to respect a Yes vote had it gone the other way.  Statistics from The Migration Observatory at the University of Oxford state that between 1993 – 2014 the foreign-born population in the UK more than doubled from 3.8 million to 8.3 million. The very fabric of our society is being torn apart by uncontrolled immigration, hospitals are failing, schools are buckling, infrastructure is declining and the possibility of home ownership is now a fantasy for millions of people.   Maybe people should remember that it was the Labour party that have engineered all this using the same political genius that gave us the Iraq war. I would like to draw attention to UKIPs vision for the North East outlined in a new publication which covers employment and manufacturing, fishing and agriculture, affordable energy, a fair immigration system, transport and infrastructure (upgrading our roads and railways), replacing EU funding, education and innovation getting a fairer deal for our children in the classroom and a fairer deal for working parents, bringing back apprenticeships that provide proper training and not merely to achieve political targets. You can read this publication in full by visiting the following link  http://www.ukipne.org/ vision/ If you are interested in joining UKIP, please contact your local Sedgefield branch for details or contact johngrant@ ukipsedgefield.org. John Gran 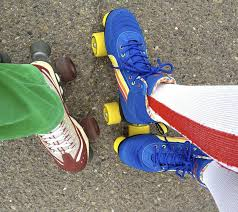