I consider myself privileged to have been able to call Jim Rodwell a friend (and fellow member of The Labour Party). My sadness at Jim’s passing after so many months bravely battling illness is eased only by my desire to  highlight Jim’s remarkable, long-term, selfless contribution to the life and development of our community.
For many years up until the very end, Jim gave generously of his time, energy and expertise; being a member of numerous committees, local organisations and school governing bodies.
In that respect his commitment was truly amazing. He would often spend the whole day, travelling to and fro, attending meetings, representing local bodies, both in greater Aycliffe and further afield. Jim did not drive a car; he either walked or travelled by bus. He received no travelling expenses, nor payment, being content with a cup of tea and a few biscuits. In an era when higher tier councillors are well paid and often claim thousands annually in travelling expenses, this puts Jim’s contribution and sacrifice into its true context.
I well remember one winter’s evening, after a meeting of Sugar Hill School governors, Jim mentioned that he had to get the next bus to Durham and then on to County Hall. He returned that snowy evening on the last bus, but that was Jim and so typical of the man. I salute you Jim and your contribution to our town and community. You moved quietly through the pages that are the history of Newton Aycliffe; without fanfare and trumpets or personal gain.
You and others like you are the true essence, that encapsulates everything that is good about service to the community.
Derek G Atkinson (Cllr)

Quick Guide to Your Election Candidates 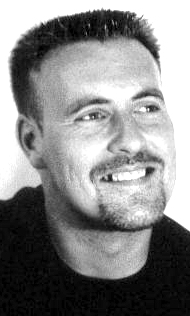