No doubt you have received many letters about the town centre and the farcical way the “improvements” are being handled.

Much like many other Newtonians, I welcome change especially for the better where our town centre is concerned. After all we have waited 21 years since the Avenue was knocked down to expect a new Newton Aycliffe Town Centre.

Plans were made (and shelved), Tesco was built, smaller shops closed and then the excitement that Aldi was coming to Aycliffe. I think the only excitement was that there would be somewhere else other than Tesco to shop.

Finally the word was given to start work on the new look of the town centre. A prospect by most that was greeted with cheer.

At first it was good to see sections of the town cordoned off to repave the floor. Then another section was fenced off as a new staircase was given to us. However, the first part was not finished so why the powers that be, decided to close more of it rather than finishing the first bit, is beyond me.

Again, a third part was sectioned (bottom of the ramp) and yet the first part is still not finished. Now the shops that we still have – for the moment – have limited access, and poor paving outside.

I witnessed two children falling as a result of the uneven surfaces and just hope  there has been no accidents involving others from these surfaces.

It now comes to the part that really got my attention – the multi storey car park! I read in this week’s Newton News (3rd May) that the market has been moved to the car park on Greenwell Road. Why on earth have accesses from the multi storey car park been removed? Even parking on the roof, we have to go down the new staircase, which as pointed out is nigh on impossible for pushchairs and those with physical difficulties.

So where do we park – especially on a Tuesday. We can’t park in Aldi car park as you get fined for parking longer than a certain time. The signs that have been put up explaining the situation of the car park facility and access are a waste of money as they are very wordy and difficult to read when we are driving. A simple sign saying “No access to town centre” would have been easier to understand.

It seems to me that this town centre planning was far from being planned. I appreciate some upheaval when making improvements, but by the time everything is finished, I would doubt there are any shops left open to enjoy the town centre, due to no-one wanting to visit until it is complete.

I agree the wall next to Aldi is a pain, and can’t they do something about that first to make sure there are appropriate alternative routes into the town centre? 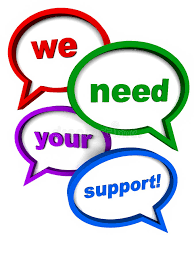