It just goes to show how far the Lib Dems will go to get elected!

Their letter ‘Horrendous Conditions’ proves they do not know or live in the area and have not got a clue about council workings. We can all be shocked by a photo or a sensationalist headline, but it does not tell the full story, or give your readers the real facts, but, as we have seen previously, Mr Walsh and his Lib Dem colleagues do not let the facts get in the way of a good headline, even to lie about Councillors seeing this property from their window, it beggars belief.

They state that they have ‘elevated’ this with the County Council and that it ‘will now be dealt with’, is giving a false impression. As a matter of courtesy and good manners Mr Walsh and his colleagues could have asked the sitting Councillor, why was the property in this condition and what action had been taken to get it fixed.

The facts of the matter are that the sitting Councillors and the councils Private Property & Empty Homes team have been dealing with this property for just over a year, it is owned by an absent landlord from overseas, the property has recently been sold to a private individual who has not been identified due to Covid19 related delays.

This was a nice property until approximately 8 months ago when some resident started tipping their household waste, broken furniture and, a few weeks ago, their concrete paving into the garden. To be fair to the original landlord and the Councillors, the garden and waste bins were cleared out on three previous occasions but, they cannot keep pace with the latest dumping, unless the Lib Dem’s want to regularly use council tax payers money to remove waste from private property!

During the last 6 months the house has been targeted by vandals who have smashed all the windows and doors, the sitting Councillors feared that the property would be ransacked inside and requested it be made secure, within a month the private landlord boarded it up, protecting it from further damage. The council continue to pursue the unknown landlord to bring this property back into use and investigations are ongoing into the dumping of waste, ASB and unwarranted vandalism related to this property, with action pending.

So, it would seem as if Mr Walsh, Mr Whiting and the Lib Dem’s have no morals and continue to operate without integrity or common courtesy towards the other Councillors who just do and work hard for their residents year in and year out. 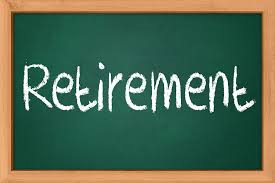