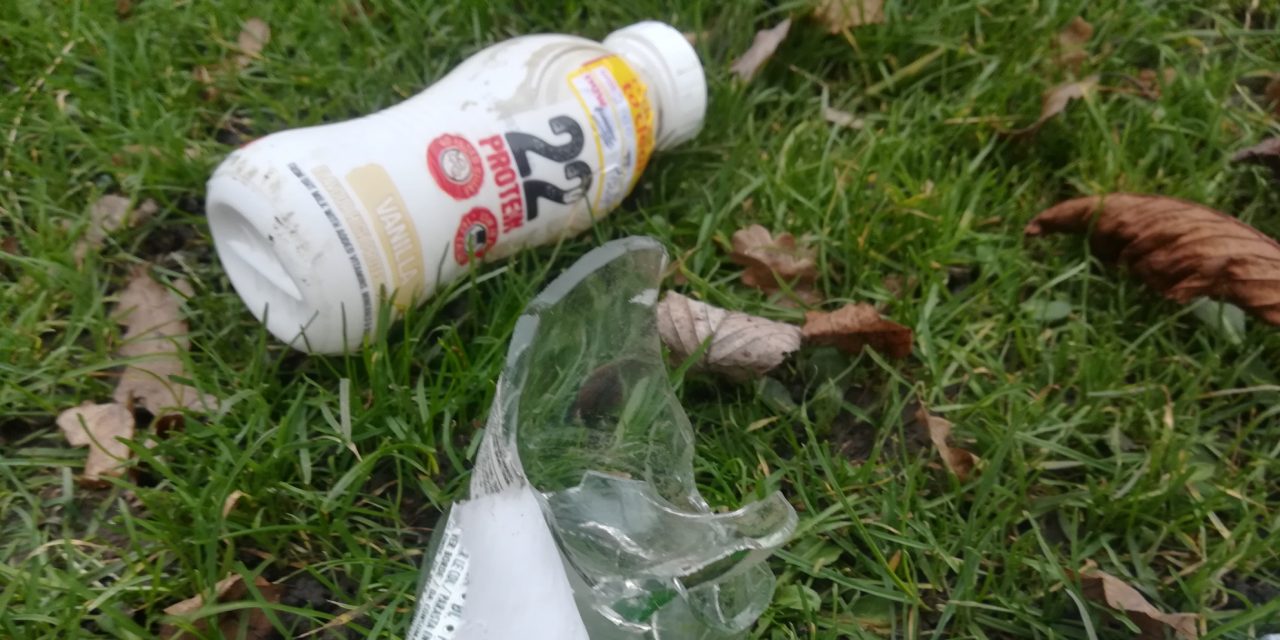 I, along with half a dozen volunteers, tidy our streets on a weekly basis supporting the council’s paid workers like Ally and Danny. I collect a large sackful every 3 to 5 days.

I put a leaflet out in St Mary’s and Shafto ward in September asking residents to encourage their children not to drop litter on the way to school and also gave a leaflet to Vane Road school’s head teacher (who said he would mention it in assembly).

I also emailed Woodham Academy in June 2019 (asking if they would like to set up a team of helpers but they sadly did not reply).

I personally got a litter collection pack from Durham Council’s Civic Pride team with hi viz vests, litter sticks and bags with hoops. 3 local residents took equipment from me to help. I get my volunteer blue bags collected via Chilton neighbourhood wardens depot.

Recently I have noticed that somebody has vandalised the dog bin near the Central Avenue traffic lights and another dumped a tyre at the bus shelter and a concrete bollard outside Macolls on Washington Crescent (all reported). I did ask Macolls head office 2 years ago to ask staff to sweep the litter dropped in front of the store and ask the hot dog company to provide an incentive for returned cardboard wrappers and was told a regional manager would contact me in 2018 but it never happened. 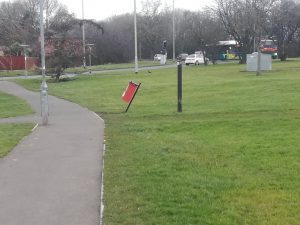 I regularly collect on Ross Walk whilst walking my dog and we really need a litter bin midway at Markham Place, near the hill on the field just before the playground area, as there are 3 dog bins between Central Avenue and the Cricket Club but only litter bins half a mile apart.

The worst rubbish is in the trees and bushes near the A167 lay-bys so take longer to clear as it is neither highways or street cleaning responsibility.

The worst I have seen in the town is on the industrial estate on footpaths, grass and waste ground between factories. I would be interested to know if environmental health fine companies, or if business park factory owners have a duty of care not to let their packaging pollute common ground?

Please can you publish some of my photos to encourage residents to take a pride in their town as it seems a hardcore minority are happy to drop cans, plastic and glass bottles and hot dog wrappers, even next to bins at bus stops but mainly on pedestrian routes to and from school, like Kemble Green, St Barbara’s Walk and particularly on the path through The Burn.

Something to Think About When Voting