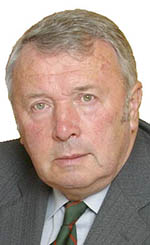 Following the publication last week of the Inspector’s Interim Views on the Legal Compliance and Soundness of the Submitted County Durham Plan, I have been contacted by numerous people, asking me how does the Inspector’s comments affect the Town Council’s Neighbourhood Plan?
First let me make a few observations that I have taken from the report, which is 29 pages long and contains 115 paragraphs, so these observations will be brief.
The report ripped apart the County Plan and has effectively left it in tatters.  Mr Howard Stephens, the Inspector’s, main objections and observations are based on the aim of making the Durham Central Area, that is Durham City and the immediate area, a ‘boom city’, encroaching on green open space areas, creating urban sprawl in a city of International Heritage status.  He also objected to large areas of housing development and industrial development North of the city, which would break into large areas of green open space.
He comments that the Plan ‘contains unrealistic assumptions’, ‘it is evidence flawed’, ‘Some developments are not justified or deliverable’ and ‘the Plan would not meet the Government’s soundness test’.  In his conclusion, he gives the County three options:
• To continue with the Plan but he would conclude that the Plan is unsound.
• Pause for six months, but he casts doubt on whether the numerous problems could be overcome, or
• Withdraw the Plan entirely.
How does the report influence how Great Aycliffe should progress its Neighbourhood Plan?  I believe it will be many months, if not years, for the County to address the many issues raised by the Inspector. During that period, the communities in the County will be left vulnerable to speculative and unplanned development.
It is essential the community of Great Aycliffe proceeds as quickly as possible with our Neighbourhood Plan, in order that our wishes for the future are not frustrated by such developments.
Fortunately, in his report, Mr Stephens does not object to the proposed scale of development in the South of the County, which includes Newton Aycliffe.  Indeed, in paragraph 60 of the report, he writes ‘There is broad agreement that the larger, more sustainable settlements should be the focus of proportionately more of the development that is envisaged to be delivered in the County Durham Plan.
Larger settlements such as Durham City, Bishop Auckland and Newton Aycliffe are inherently more sustainable, due to higher order level of services and facilities that are present with corresponding employment opportunities and supporting infrastructure’.
The rejection of the County Plan does not stop our Neighbourhood Plan.  There have been many Neighbourhood Plans written and accepted where there was not yet a County Plan.  Indeed, the delay of the County Durham Plan is an opportunity for our Neighbourhood Plan.  If the Neighbourhood Plan came after the County Plan, the Neighbourhood Plan would have to conform to it. Now, if the County Plan came after the Neighbourhood Plan, the County Plan will be expected to conform to our Neighbourhood Plan.
Finally, we must press on with our Plan, but at the same time take notice of the Inspector’s perceived failings of the County Plan. We must avoid unrealistic ambitions.  We must produce evidence to support our objectives. Our objectives should be justified and deliverable and the Plan must pass the Government’s soundness tests.
Cllr Bob Fleming
Leader of the Town Council

Cllr. Clare on the ball

We Miss Our Town Market

Are Lib Dems Preparing to Abolish the Town Council?