With rain affecting many games across the Northern Conference last weekend and no game scheduled for the Spartans, it was effectively opening day for both Harrogate and Durham.
Winter training had attracted a number of new faces to Spartans, but it was a familiar team that took to the diamond with the exception of rookies Kier Hynd and Ashley Vaughan at 1st base and left field.
Estile Peniche started his 2016 campaign pitching steadily, but with some patient hitting the Tigers got Sebastiano Faranda and Jordan Wagner across the plate to score their first runs of the season. A scoreless bottom half with Faranda on the mound gave the Tigers an opportunity to extend their lead in the second inning which they did in emphatic style with a home run single from David Criss. The Spartans replied in the bottom of the second with Ian Porley scoring the Spartan’s first run of the season after a solid single from Mark Austins and an error at first base from the Tigers.
The game was put beyond the Spartans reach in the third inning with the Tigers putting seven runs on the board, thanks to some consistent hitting, Spartan fielding errors, and most notably a grand slam home run, again from David Criss. The Spartans rallied in the bottom of the third inning with a two run home run of their own from catcher Alex Fisher.
A couple of RBIs from Ian Porley and Mark Austins limited the damage done by the Tigers, which was consolidated by a rallying Spartan side in the field, with a 3 up 3 down holding the Tigers to a scoreless fourth inning. The Spartans managed another two runs in the bottom of the fourth, closing the gap to three. Invigorated by their resurgence, the Spartans took the field quickly before the two hour mark in an attempt to use the momentum gained to overcome the deficit.
Despite some solid defensive work, the Tigers patience and measured aggression saw them add two more runs to their tally, which went unanswered by the home team in the bottom of the fifth, giving first honours to Harrogate.
Tigers 12 – 7 Spartans
With a lot more new faces in the Spartans line up it took a little while to settle in, but veteran pitcher Mike Holton steered the Spartans to a decent first inning, only allowing Sebastiano Faranda and David Criss across the plate to put the Tigers two up. Short stop Martyn Hamilton made his first plate appearance for the Spartans, drawing a walk from pitcher James Kang, and after stealing second he was batted in by Alex Fisher.
The Spartans took the lead with another three runs, before the bats of the Tigers struck hard and punished a couple of Spartan errors with five of their own runs in the second inning. Alex Fisher countered with a home run single in the bottom of the second, and with another run scored in the inning, the difference was one run going into the top of the third.
A number of changes in both sides gave new players the chance to visit the diamond, but David Criss showed his experience with another homer, driving in 3 runs for the Tigers third inning. The Spartans showed good spirit though and after new 3rd baseman Michael Jones was hit by a pitch on his first at bat they worked a six run fight back to go into the fourth inning leading by two.
Mike Holton relinquished the mound to rookie Ashley Vaughan to save the game, who allowed only one more run from the Tigers to give the win to the Spartans, splitting the fixture one-a-piece.
Tigers 11 – 12 Spartans 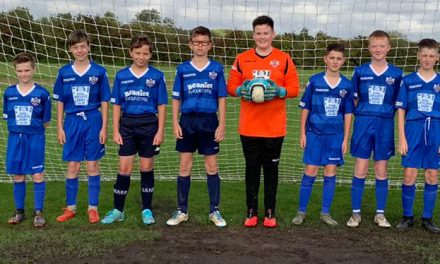 Aycliffe Juniors Football Weekly Round Up 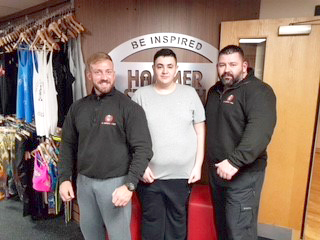 Helping to Change Your Life Style