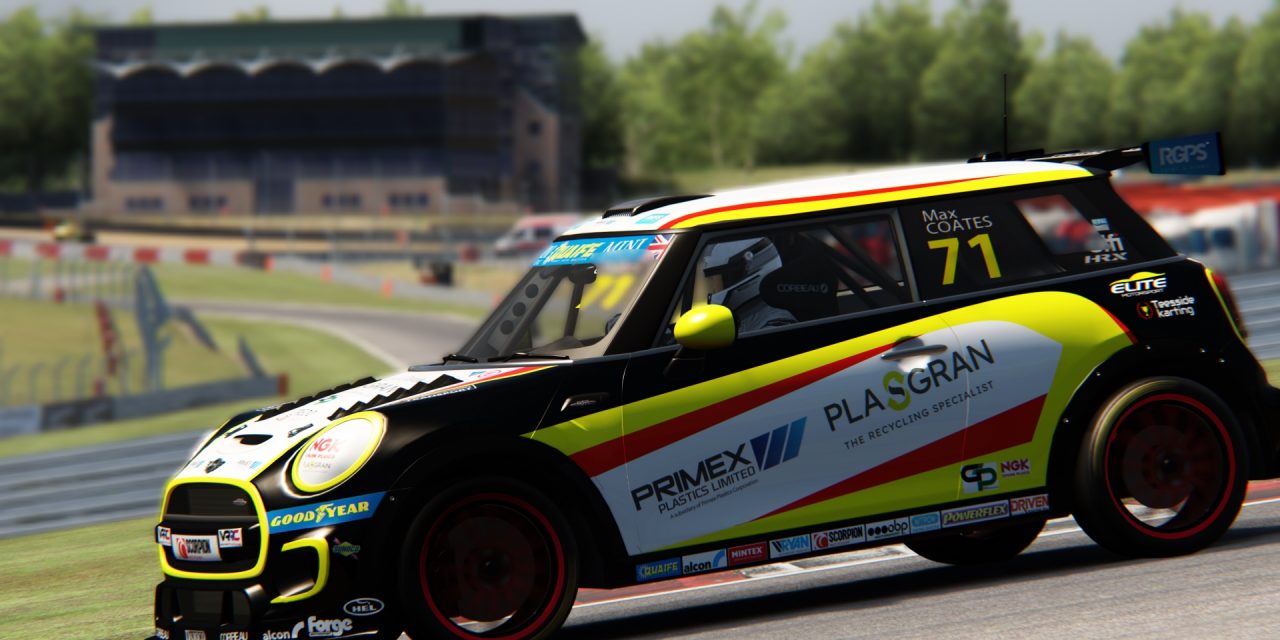 Max Coates established himself as a front runner in the MINI CHALLENGE UK Official eSeries at Brands Hatch last weekend, with a set of strong results and 2nd position in qualifying.

In the first of two qualifying sessions for the races Max posted the 5th fastest time, just behind the leading sim racers and one of his real-world racing counterparts. In the first race he stayed with the podium battle during the race before clinching fourth place at the chequered flag. The second race featured a reverse grid top ten and Coates was able to move forward to a 6th place finish.

The second qualifying session went much better, Coates taking 2nd spot on the grid, less than half a tenth behind pole position. His start wasn’t perfect and he fell back to fourth where he remained to the flag. He was involved in the battle for the podium throughout but couldn’t make the headway to move into the top three. Perhaps his strongest showing was in the final race of the day, he quickly rose to 4th place from 7th on the grid and was looking like a podium could have been on the cards. Unfortunately contact with a driver behind meant he lost all the places he initially gained and remained 6th to the finish. He came into battle in the closing stages with overall championship leader Dave Marshall who he was able to keep behind in the final laps.

Coates said, “This was a much better set of results and I’m happy with how Brands Hatch went. Hopefully I can make another step forwards for Silverstone this weekend and get another podium.”

The next round of the championship comes from the virtual version of Silverstone National.

The races can be watched via the MINI CHALLENGE UK social media channels and the links below. 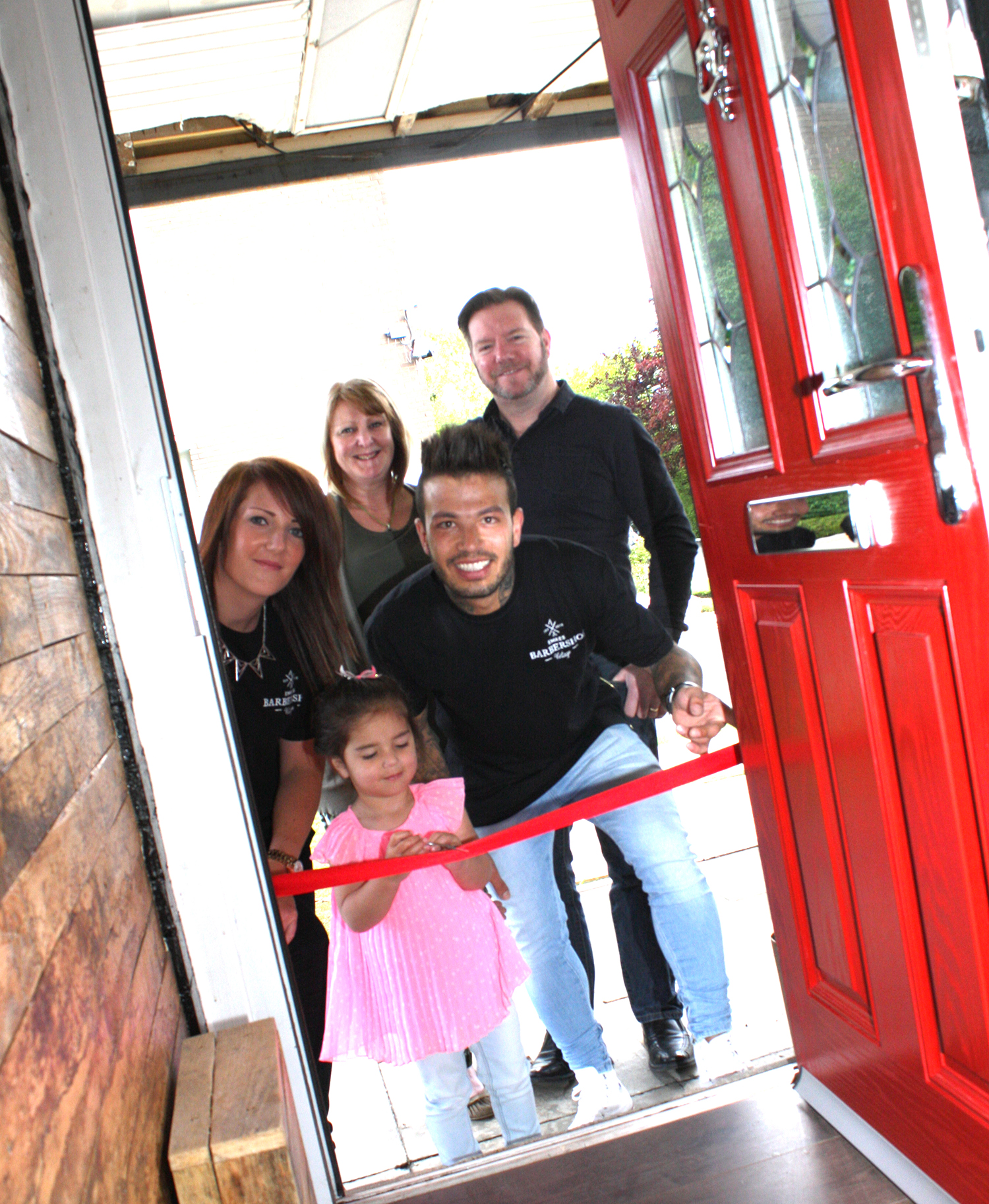 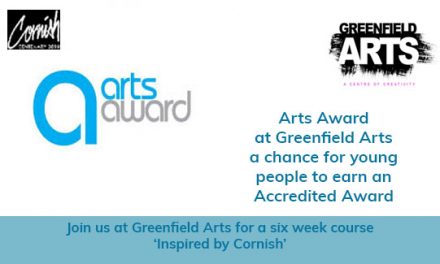 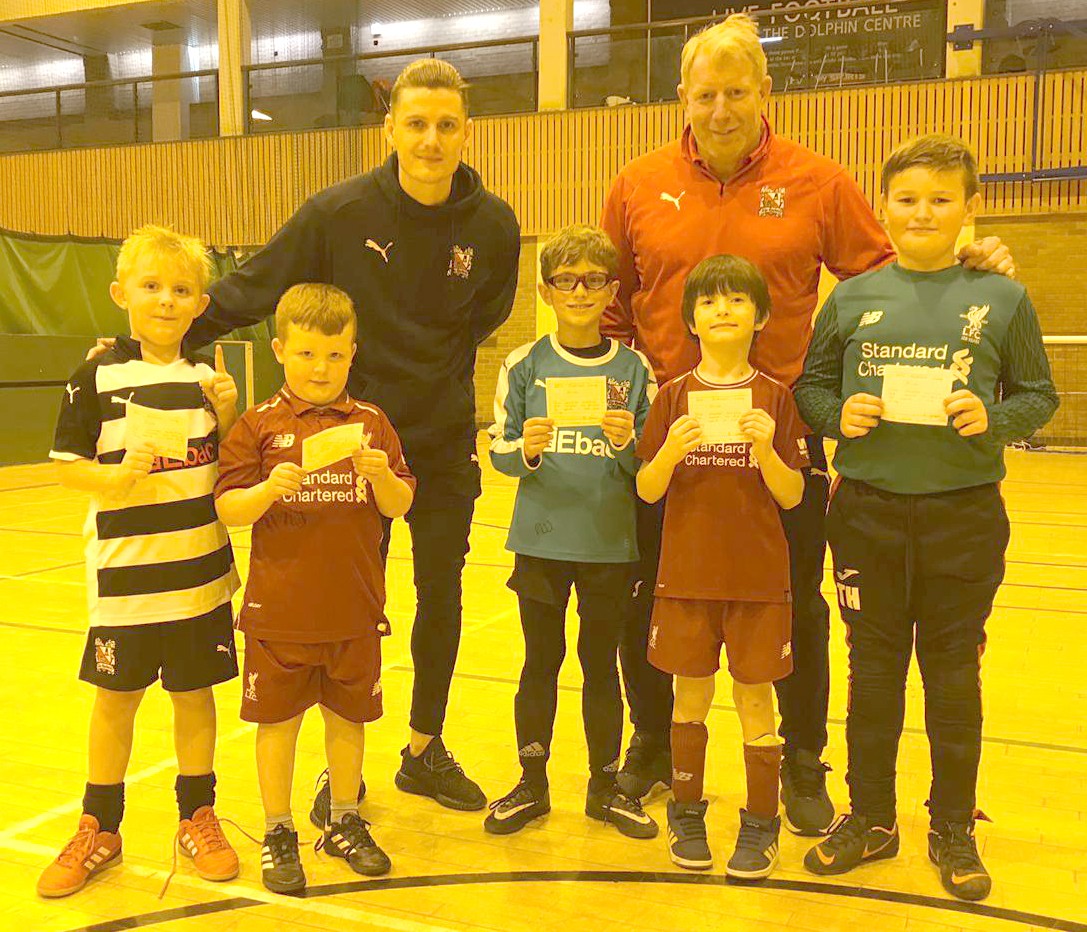