“Socialists Created The Town We Live In”

I hope that in the interest of encouraging a balanced debate, you will print my response to Mr Taylor-Sholl’s letter from last week, in which he seemed to link the EU and socialism to a range of challenges facing our society. I would like to offer an alternative narrative to his ideas if I may?

Mr Taylor-Sholl claimed that Europeans don’t want socialism, citing tensions in Germany and France to make his point. I’m not sure how many Europeans he surveyed to reach this conclusion? For years, the majority party of Germany has been the Christian Democratic Union, a CENTRE-RIGHT party (not socialist at all). President Macron of France is categorically Centrist (also not socialist), and the protests in Paris have been regarding a whole manner of issues, most recently climate change.

Mr Taylor-Sholl also somehow linked socialism to an ‘erosion of morality’, and problems with lack of community, policing and rising crime. Rather than blame socialism or the EU, why not cite the countless years of conservative austerity which has decimated schools, hospitals, social care and other public services, reducing the quality of life for millions of hard-working people? No wonder people seem to care less about their neighbours when they are barely able to supply for their own families.

Since the late 70s, free market economy policies initiated by Thatcher and taken on by subsequent governments, have led to one social and public health disaster after another. Not only that, but they have encouraged a ‘me first’ society whereby individuals are rewarded for looking after their own, whilst having to put up with longer waiting lists, poorer schools and fewer police on the beat. Meanwhile, easily identifiable and vulnerable minority groups (e.g. young people, benefit claimants and immigrants) are wrongly vilified for the ills in society created by this politics.

Mr Taylor-Sholl mentioned crime in London. I grew up in Aycliffe and currently reside in the capital. Every week there are reports from Metropolitan Police saying they are on their knees under this government and that cuts to police numbers are directly linked to the rise in violent crime. People are often quick to admonish London’s Muslim Mayor, rather than those responsible for the cuts, who seem to be doing okay for themselves despite austerity (anyone seen George Osborne or David Cameron in a food bank recently?).

Finally, I find it hard to see how we can blame socialism for problems in the UK today, given there has not been a hint of socialism in our government for decades. As residents of Aycliffe, we should be proud of our socialist roots. After all, was it not a socialist government who created our NHS and created the very town in which we live?!

Silent Majority will Soon be Heard 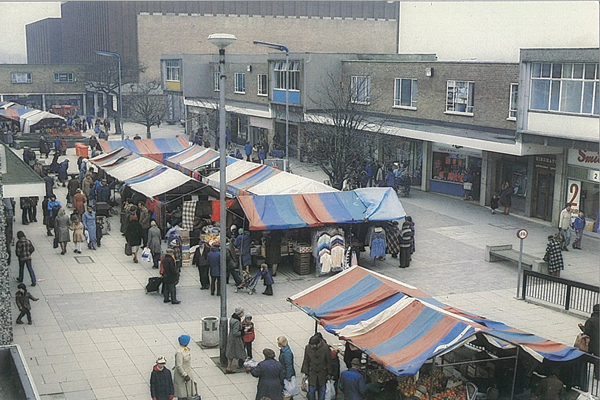