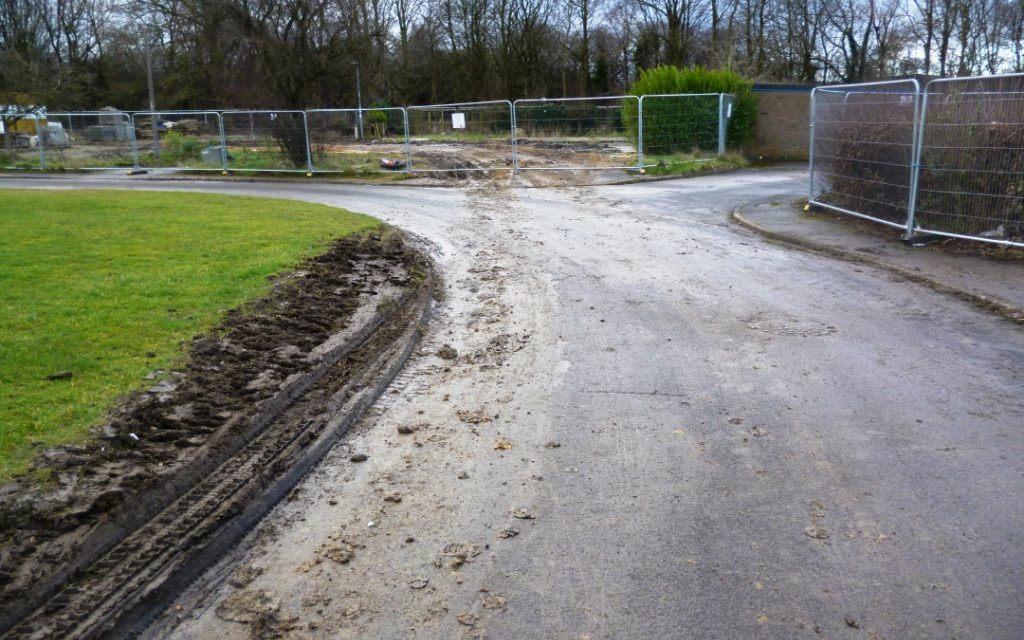 The latest stage of the development of Traveller’s Green / Clarence Green is under way with the demolition of the remaining bungalows. This work is resulting in an enormous amount of mud and rubble being spread onto the roads as far as the Blue Bridge and beyond by the skip wagons removing the waste material.

Despite complaints to the site foreman, and his promises of a road sweeper to keep the are clear the roads are an utter mess along with several damaged verges where heavy vehicles have been driven across them.

If this is not nipped in the bud now it will only get worse when construction of the new buildings begin & the volume of vehicles increases.

When the apartments of stage 1 were under way there was some consideration given to the residents who live adjacent to the site.

This no longer appears to be the case.

We have already endured 4 years of noise, dust and general mess in this area, and we are no doubt faced with the same for at least the next 30 months.

I have tried contacting several people higher up the chain to highlight this issue without success. 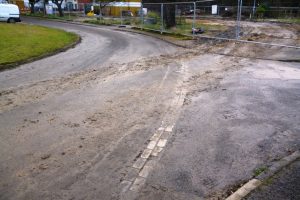 Dog Owners are a Bigger Problem