What about the Referendum winners?

Our MP expressed ‘outrage’ about the fact that the Labour/ Momentum London Mayor awarded a train contract in accordance with E.U. bidding rules. Leave voters (the majority of his electorate) are outraged that he has blocked Brexit. Had we not been in the E.U., Transport for London could have excluded the winning bidder from the bidder’s list! He has been told this over and over again!

Once again the E.U. and the Labour/Momentum Remain voters in London have had a detrimental effect on the North East economy. The money being spent is taxpayer’s money which should have been allocated more fairly to other Regions.

When are our Remain supporting Labour MPs, in leave constituencies, going to properly represent the needs of the North East economy? When are they going to respect the fact that we voted leave so that we could properly control our Government without breaking E.U. Rules?

This week MP’s voted to take control of business in the House of Commons so that they can attempt to stop Brexit. The Speaker (who should be unbiased but who selected the relevant Amendment) celebrated this by a wantonly verbally abusing a Conservative MP. There was uproar on the Conservative benches among Leave supporting MPs while the Labour Remain side of the house sat back smirking. This is a speaker who is being investigated for bullying his staff. Surely, our Labour/Momentum MPs should realise that this man is an objectionable little person and that relying on his machinations to take control of Parliament is constitutionally abhorrent. No MP in the current Parliament has a mandate to change the constitution in order to stop Brexit. The Speaker is not fit for purpose and as long as he remains in the chair, Parliament is not fit for purpose! This is a matter of democracy and common decency.

I hope when the speaker is investigating other arcane procedures for him to apply to suit his own ends he comes upon the one that resulted in seven of his predecessors being beheaded!

We now need the opportunity to take back control of our ‘freelancing’ MP’s. However, if we get one via a General Election we must resolve to put ‘party politics’ aside and make sure we elect an MP who believes in, and supports, LEAVE. Not Phil Wilson! 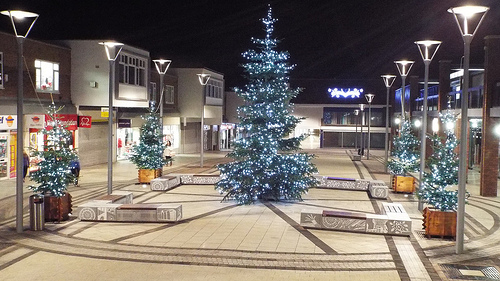