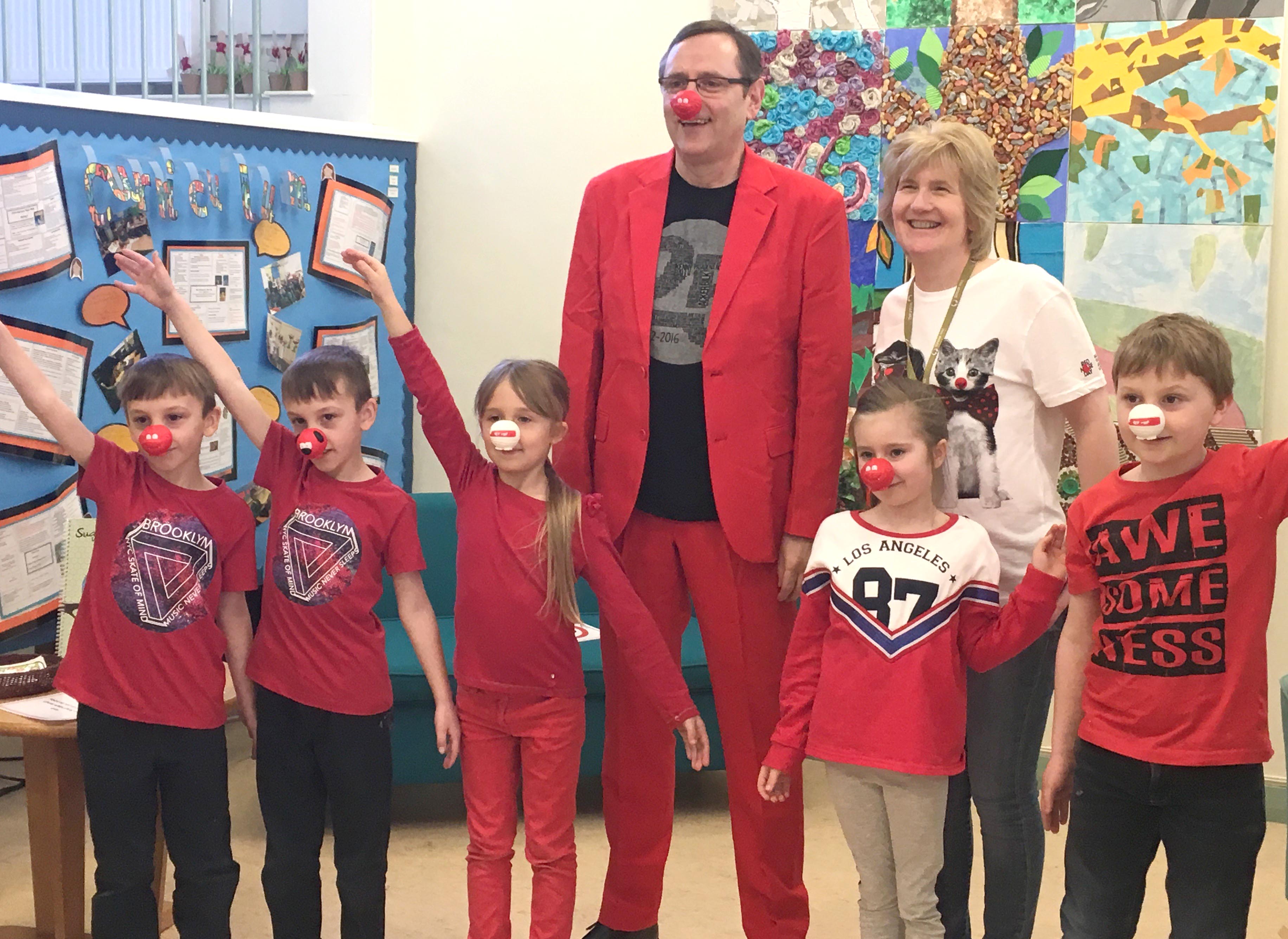 On Friday 24th March,our MP Phil Wilson embraced the spirit of Comic Relief by shedding his standard suit and sporting a bright red one in aid of Red Nose Day. Phil hoped that by stepping out in a shining red suit, he could raise money and awareness for the cause. He asked MP’s, Labour Party members, and members of the public to sponsor him, and in return promised to spend his working day attending meetings and visits wearing the red suit. The first visit was to Sugar Hill Primary School where children participated in a disco at the Breakfast Club, decorating cakes, making jam tarts as well as singing the Red Nose song. Mr Wilson, spoke to children about the importance of events like Comic Relief during an assembly. With all the activities for both Comic relief, and Water Aid earlier in the week, Sugar Hill Primary raised a whopping £632.06!
Phil then popped into his constituency office where he met Newtonian Vince Crosby, before heading on to Sedgefield Hardwick Primary, where the school had a big treat in store for the MP. The school had been in a comedy competition, and on Friday the two winning performances from each year group performed for Mr Wilson. There were jokes galore from children of all ages, many of whom are destined for the stage! The winning act from then got to pick their favourite teacher, to give them a ‘treat’ – a bucket of custard or ice being poured over the teacher’s head, by very excited children. The school however, not wanting to leave Mr Wilson out, also had a surprise for him, in the shape of a lovely cream pie which student Kristen Lumsdon thoroughly enjoyed splatting in Mr Wilson’s face!

Whilst the red suit may not have escaped unscathed from the cream pie, lots of money was raised for Comic Relief at both schools and well as through Mr Wilson’s sponsorship. Reflecting on the day, Phil said: ‘I had great fun, and I send a huge thank you to both Sedgefield Hardwick and Sugar Hill schools. It was great to see children so actively engaged with Comic Relief. I would also like to thank everyone who was kind enough to sponsor me by donating money to this cause. As for the red suit, I can’t promise it will make a reappearance, I’m not sure it quite survived the cream pie!’ 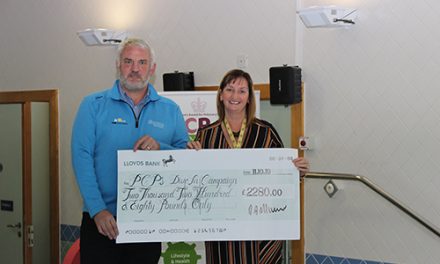 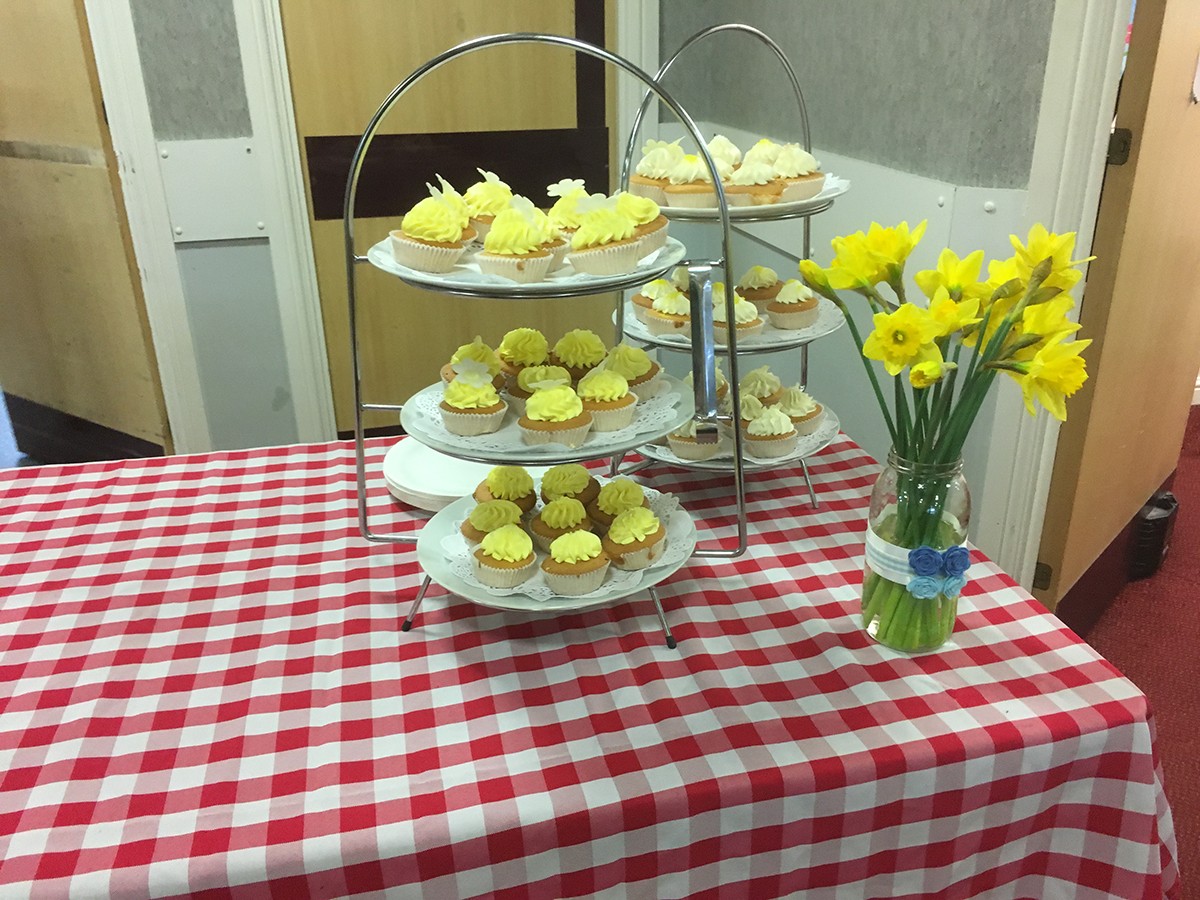 Have You Got the PCP Factor?