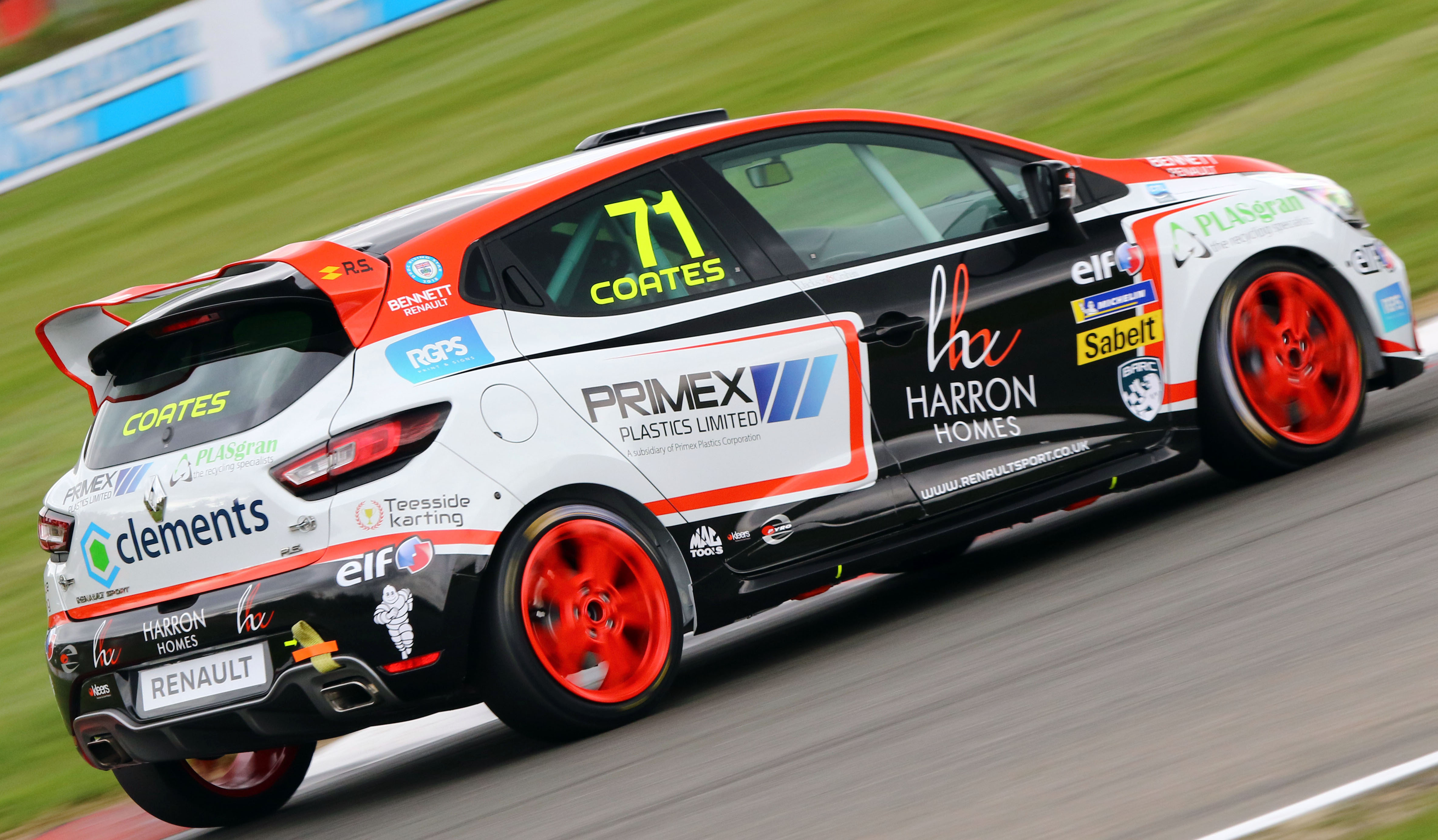 Max Coates was in fine form in the Renault UK Clio Cup at the Brands Hatch Indy circuit in Kent at the weekend, taking his Harron Homes car to pole position, a win and a fifth place in the season’s opening race meeting.

After announcing Bennett Renault and the RMB Auto Group as a sponsor on Friday Coates ended the two 45 minute free practice in 3rd place. He then found the pace he needed to secure two front row starts for races one and two, pole position for race one and 2nd for race two. He would line up alongside his new Pyro Motorsport team mate Jack McCarthy.

In dry racing conditions the Aycliffe Primex Plastics and PLASgran Recycling backed driver made the best start to race one and lead as the pack crossed the line at the end of lap one. He was passed for the lead shortly after and waited for the race to develop. Setting the fastest lap he closed in on the leader when a small error from Coates meant the leaders tangled. Coates sustained damage to the front left steering components and subsequently fell to 5th over the remaining three laps.

In the second race, broadcast live on ITV4, Clements Limited sponsored Max stormed into the lead and was never headed. In difficult damp conditions he managed the gap to the chasing pack behind and came home a clear winner.

Afterwards Coates said, “That’s a great start to the season! Qualifying was something I struggled with last year so to nail the first one with a pole and a second is the best start I could have wished for. We’ve shown we have the pace and without an error of judgement in race one it would have been an almost perfect weekend, so I’m very happy.

Donington Park is up next and it’s a track I love, we almost had a double win there last year so my aim is to make that happen this year! A big thanks to my sponsors Harron Homes, Primex Plastics, PLASgran Recycling, Clements Limited and Bennett Renault for their support, this weekend’s results are the best way to repay them for that!”

The Renault UK Clio Cup heads to Thruxton on Thursday for its pre-event test before a two week break in preparation for round two at Donington Park on the 28th and 29th April. Max and the car have a busy schedule between with an event at Harron Homes Sandlands Park development in Hucknall on the 21st April. 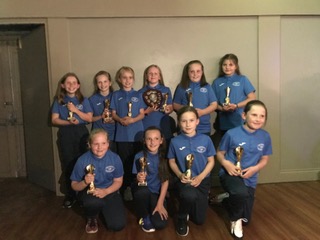 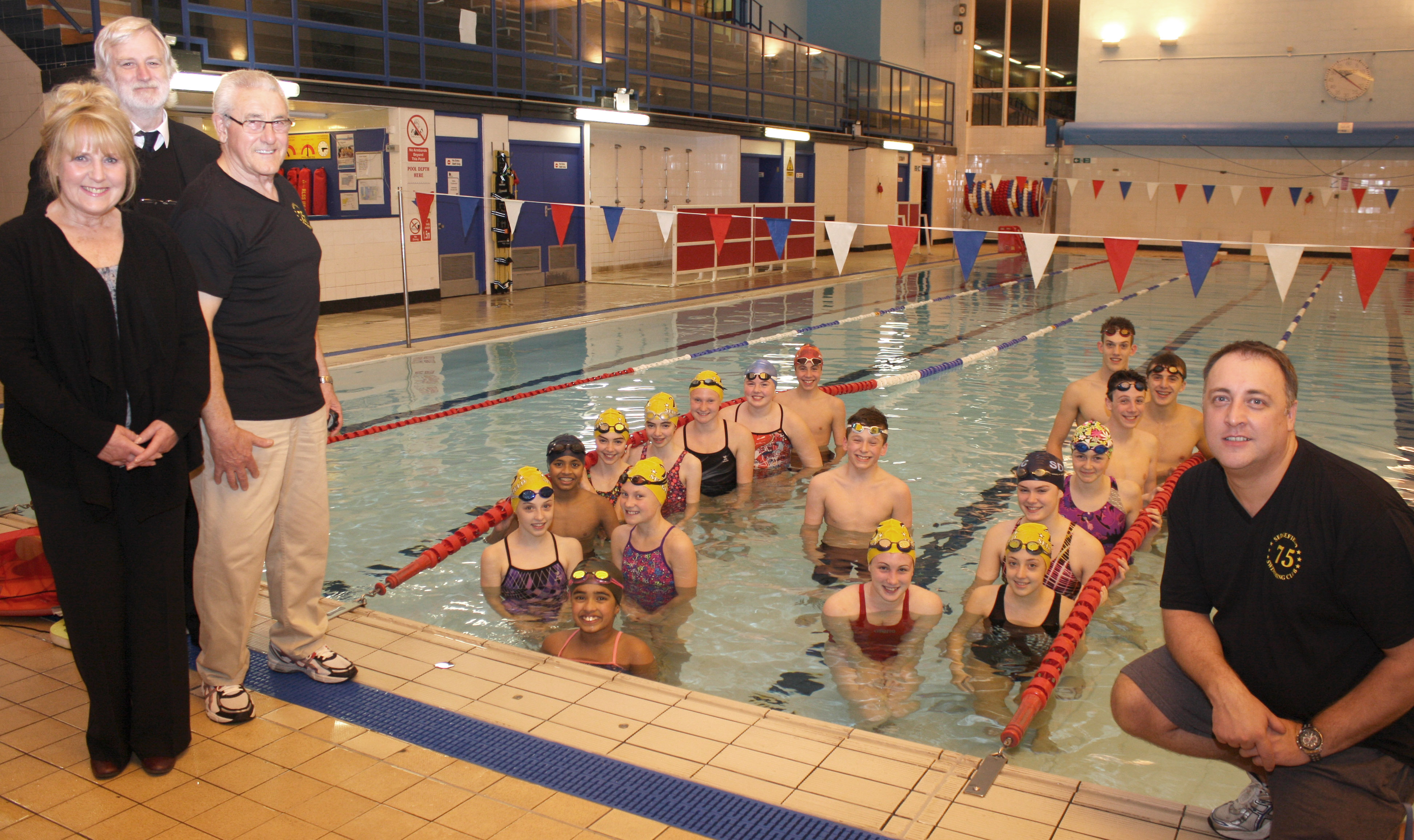 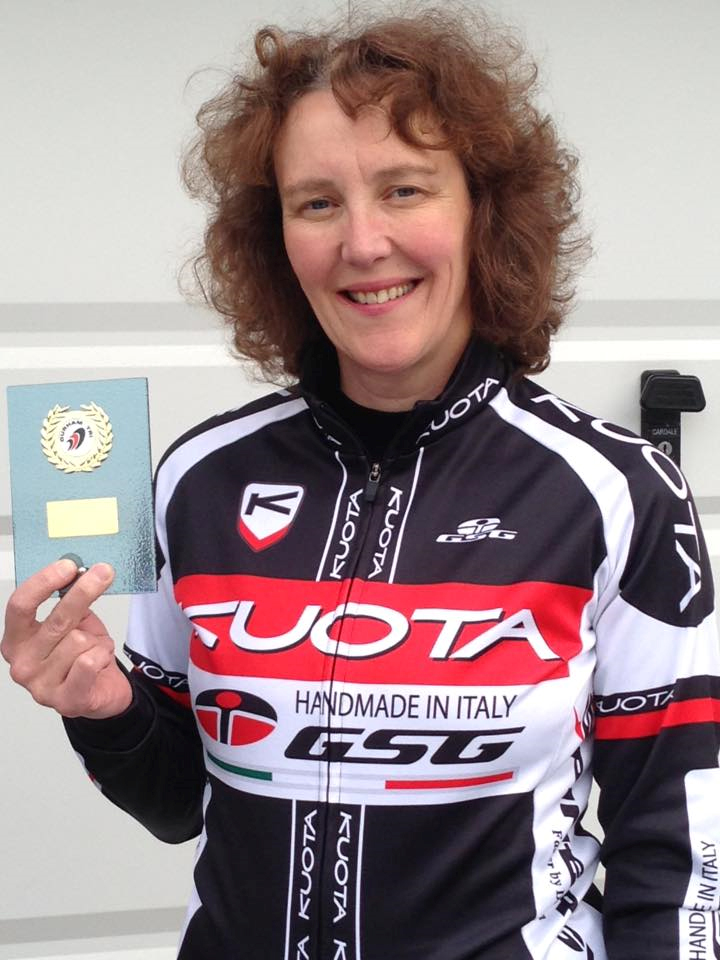 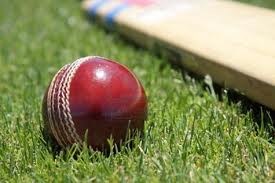