Labour Women do not Speak for all Women

Dear Sir, The letter last week from 3 Labour Women Councillors demanding positive discrimination for only Labour women councillors speaks volumes. At the last election Labour fielded 27 candidates for 30 seats, of which only 9 were women. In contrast the Independents fielded 12 of which 6 were women. Of all those elected Labour had 9 women elected that’s 33% of their councillors and the Independents had 4 women 44%. So I think it is glaringly obvious that the Independents value women candidates more than Labour does. However their letter bemoans that they want more (Labour only) women chairmen and vice chairmen on Committees and sub committees. I only joined the Labour Party in 1974 so I don’t know much except this, in all those years I never knew any Labour women Councillors who put themselves forward for Chairmen etc who did not get it. But it must be said that those women Councillors like Wyn Dormer, Enid Meadows, Sylvia Wray, Christine Gowton etc were all formidable people who got their positions through being formidable capable people in their own right not, just because they were women.

During the last 5 years not one Labour women Councillor put their names forward for any Chairman or Vice Chairman. Except as Mayor of course! Now they announce publicly they are going to demand at the controlling Labour Group that they  have quotas for women Chair and Vice Chairmen rather than be voted in on their own merit or ability to do the job. It is usual to debate policy in the Labour Group first not announce what you are going to do, this leaves open the fact that the other 6 women members of the Labour group do not believe in tokenism and quotas. Somehow I suspect the Labour Group will throw this one out. The feminists anti men only achievement so far has been to remove Mrs, Miss or Ms from their titles in the Council minutes so as not to show their marital status! One of these 3 Ladies is a former Group Secretary and should know the rules, her husband used to be Press Officer for the Group and would have insisted it come to Group first!

I would ask these open questions to these 3 Ladies: 1. Why have you never put your names forward for Chairman or Vice Chairman of Committees or Sub Committees in the Labour Group,  and 2. Why should you have positions on the Council reserved only for women. Rather than merit and ability irrespective of man or women or gay or lesbian or transgender or anything else I may have missed.  Oh, and just before anyone dares to say that Labour Councillors go through selection and vetting, a) you could not field 30 candidates for 30 seats in May, and b) you once elected a Labour Leader who was sentenced to 15 years in prison, some vetting procedure eh! Arun M Chandran Independent 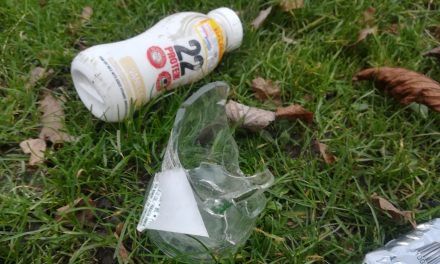