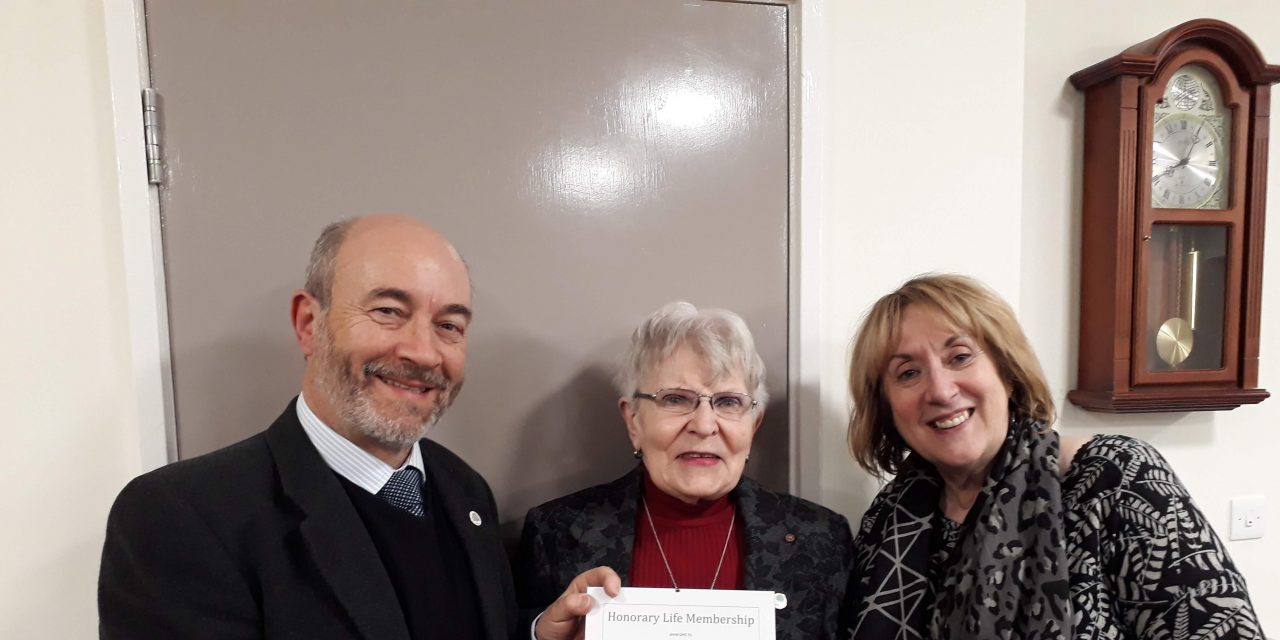 Staff and supporters at a local Hospice gathered to say a fond farewell to a long-standing Trustee last week.

Mary Lovell M.B.E. has retired from her role as a Trustee of St Teresa’s Hospice, Darlington.

Mary has played an active role on the Hospice’s Board of Trustees for 25 years, most recently serving as Hon. Chair of the HR Committee.

Mary first became involved with St Teresa’s in January 1988 when she was invited to become President of the local Soroptimists in Richmond, North Yorkshire. Mary chose to support the Darlington and District Hospice Movement (as the charity is officially known) and quickly established a link with Catterick Garrison by arranging a sponsored waste paper collection to raise funds for the Hospice.

Shortly afterwards Mary helped to form the Richmond Support Group for St Teresa’s Hospice, a fundraising group which is still active. In the last year alone the group has raised £3,500 as well as supporting many of the Hospice’s fundraising initiatives.

With inspirational leadership from Mary, the group has worked tirelessly to promote the care and support the charity provides to residents of South Durham and North Yorkshire.

Mary: “We all get great satisfaction from fundraising and by informing people of the help and friendship and ‘Giving to Life’ at St Teresa’s Hospice. I was brought up to serve the community, so there is satisfaction and pleasure in ‘service before self’.”

At the gathering to mark Mary’s retirement, which was attended by fellow trustees as well as staff and life members, Mary was made an Honorary Life Member of the Hospice and was presented with the accolade by Chief Executive Jane Bradshaw.

Jane said: “Mary already has an M.B.E. but there is one thing the Queen cannot award and that is Honorary Life Membership of the Darlington & District Hospice Movement. This is an award we do not give very often, and we choose to give only to those who have shown tremendous dedication to the Hospice. After more than 30 years giving her all for St Teresa’s we felt the time was right to give Mary the acknowledgement she deserves.”

“In the 22 years that I have known Mary she has helped me through many challenges and has always been there to offer me support.”

Mary was also presented with flowers and a very special gift from the Strategic Management Team at St Teresa’s, a bespoke photo album with pictures of Mary in various engagements at the Hospice over the years, including being photographed sitting in a Lynx helicopter that landed in the Hospice grounds to launch 25th anniversary celebrations.

On receiving the gifts, a typically modest Mary said: “I am embarrassed by the love and attention everyone has shown me today. What I plead of everyone is that you carry on working for and supporting St Teresa’s Hospice because it is a truly worthwhile cause.”

For more information on the work of St Teresa’s please contact the Hospice on 01325 254321 or visit www.darlingtonhospice.org.uk 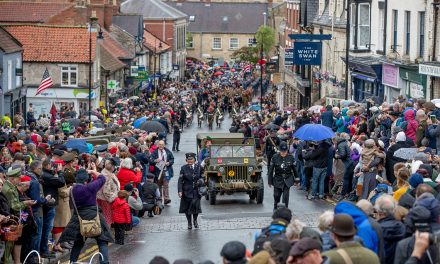 Railway in Wartime Returns to NYMR 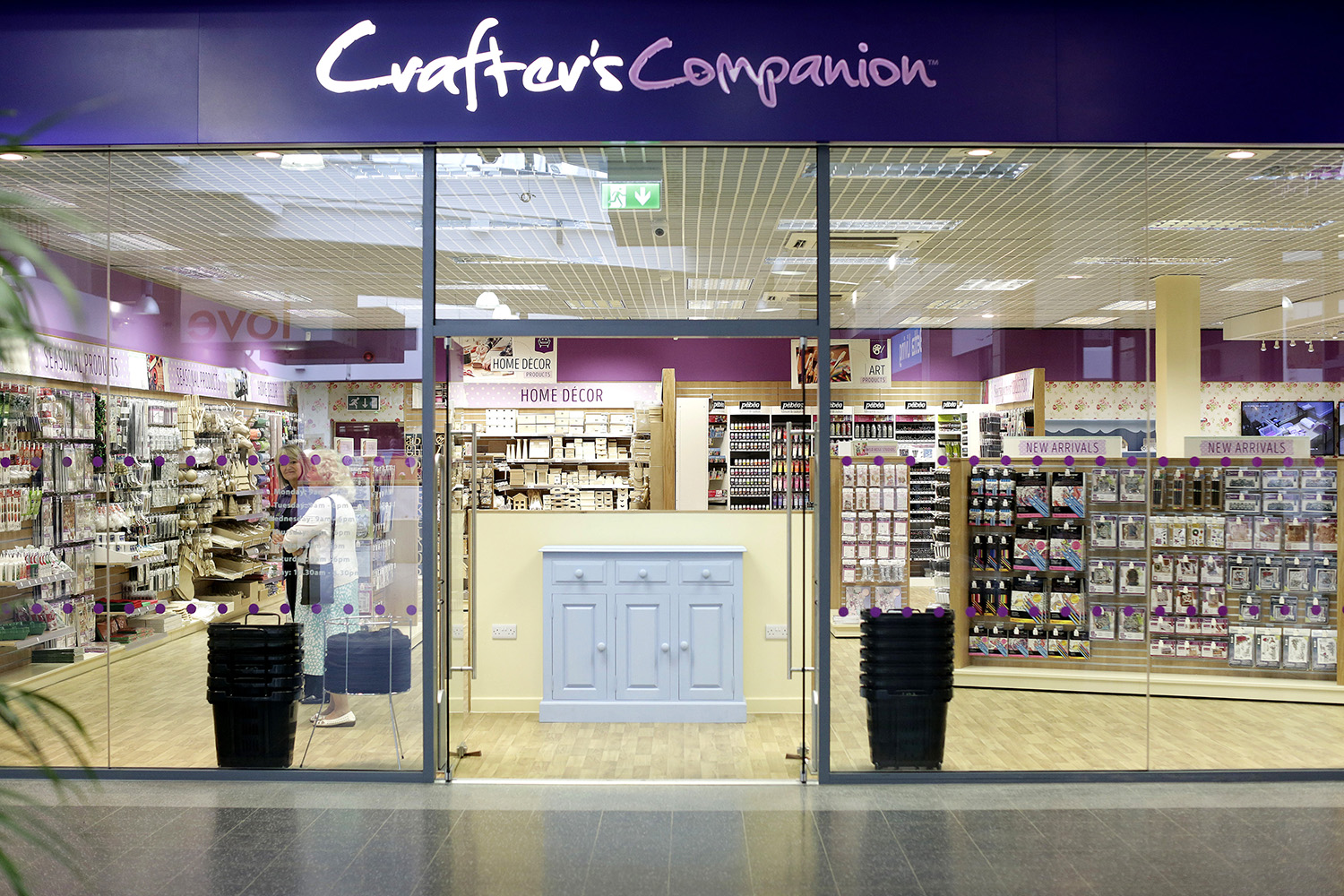 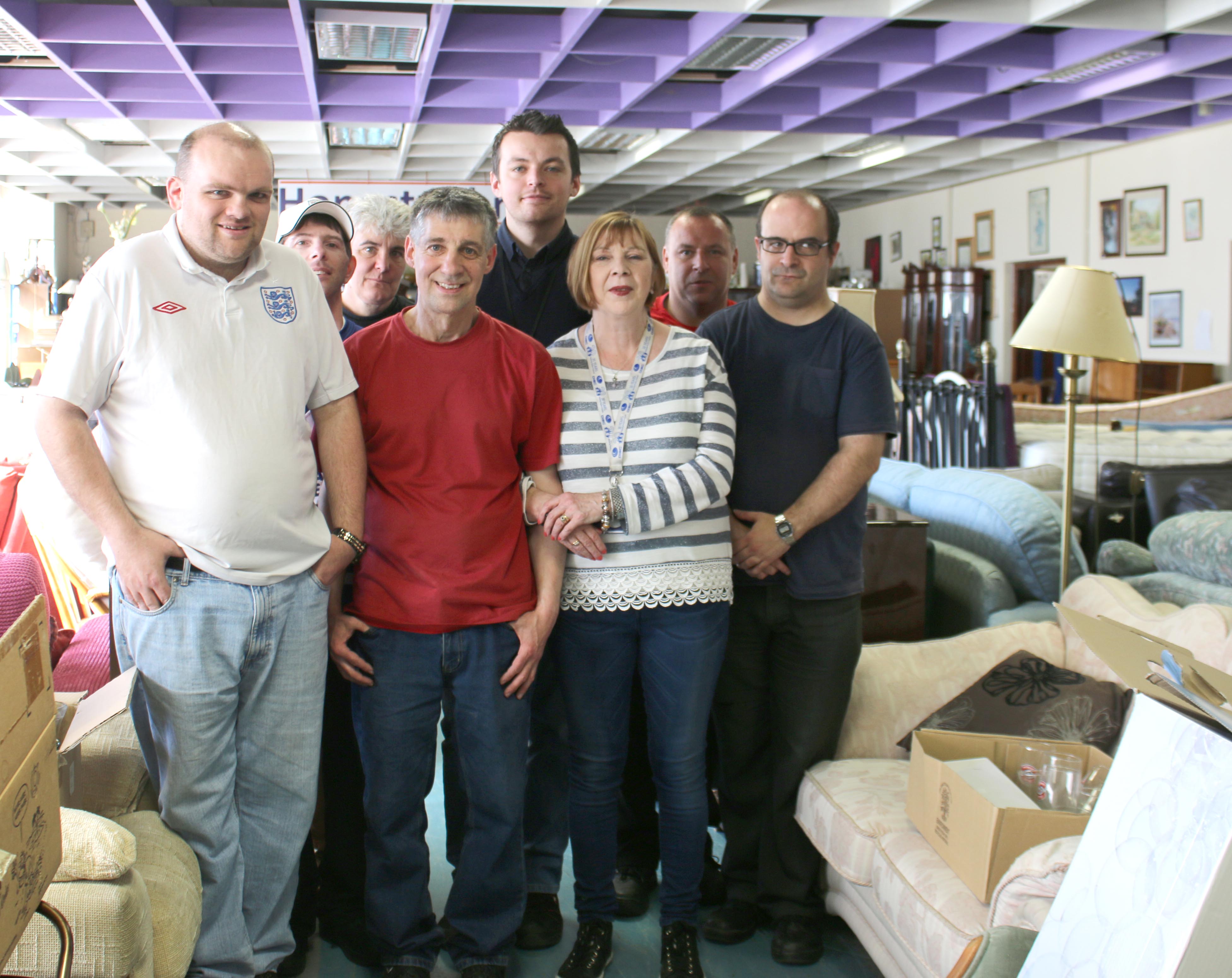 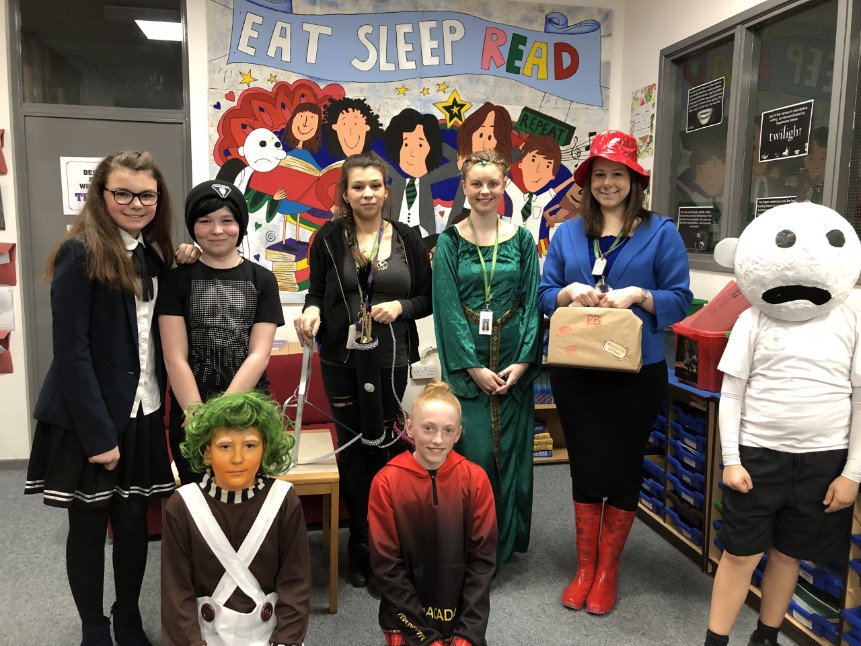