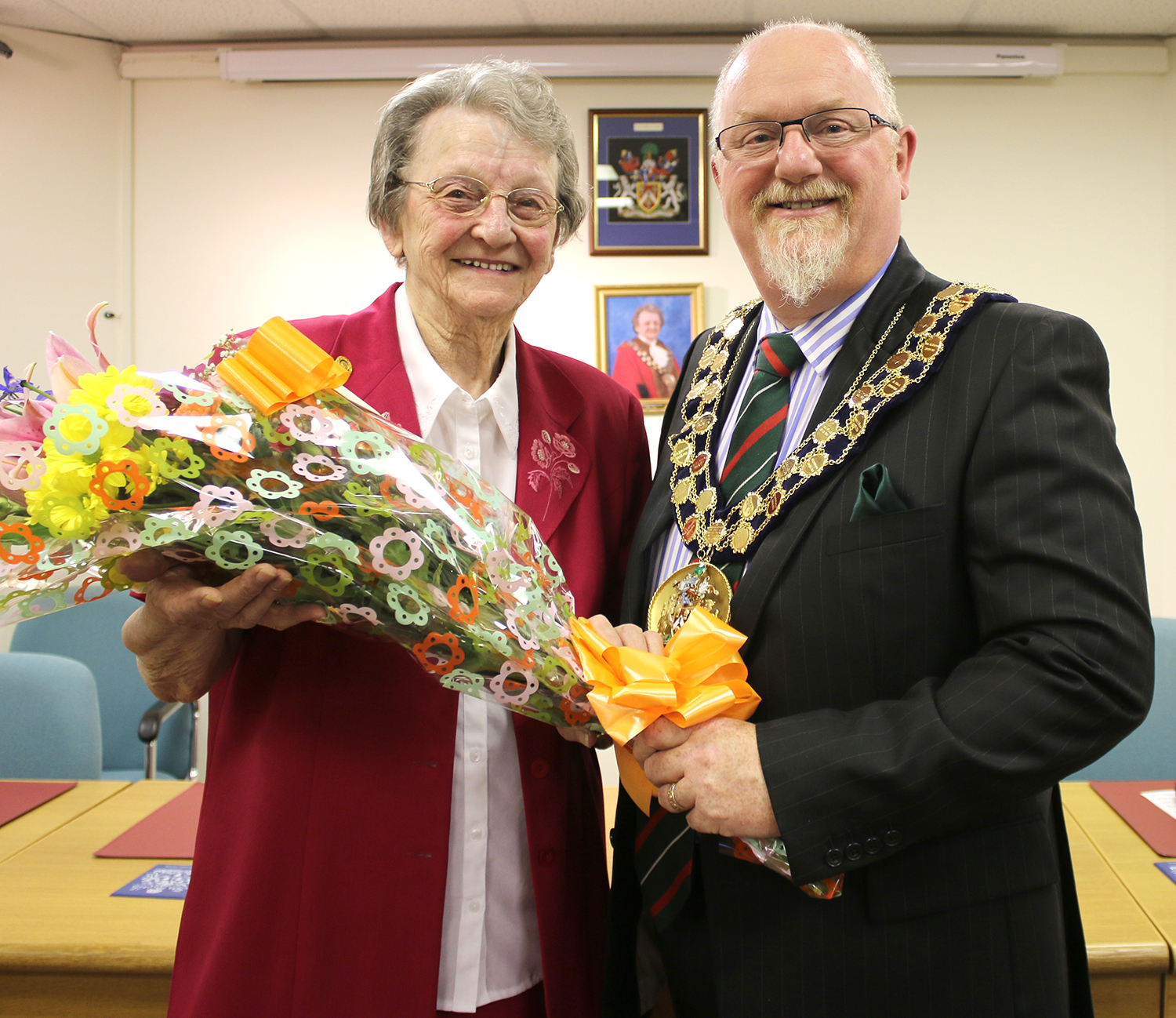 New Mayor Jed Hillary presents a bouquet to Past Mayor Mary Dalton year in appreciation of her year of office.

The Leader of the Council Bob Fleming thanked Mary for her sterling work as Mayor remarking upon the fact it was her fourth year in the role at the age of 90.

He reminded everyone that Mary came from Holland after meeting and marrying her husband Reg who liberated her village from the Germans at the end of World War 2.

“Mary would never have dreamed that one day she would live to be 90 and serve as Mayor of Great Aycliffe four times” said Bob.

“She has carried out her duties diligently with energy and enthusiasm and represented Great Aycliffe so well. Everyone speaks highly of her and we thank Mary for her contribution to our town” he added. 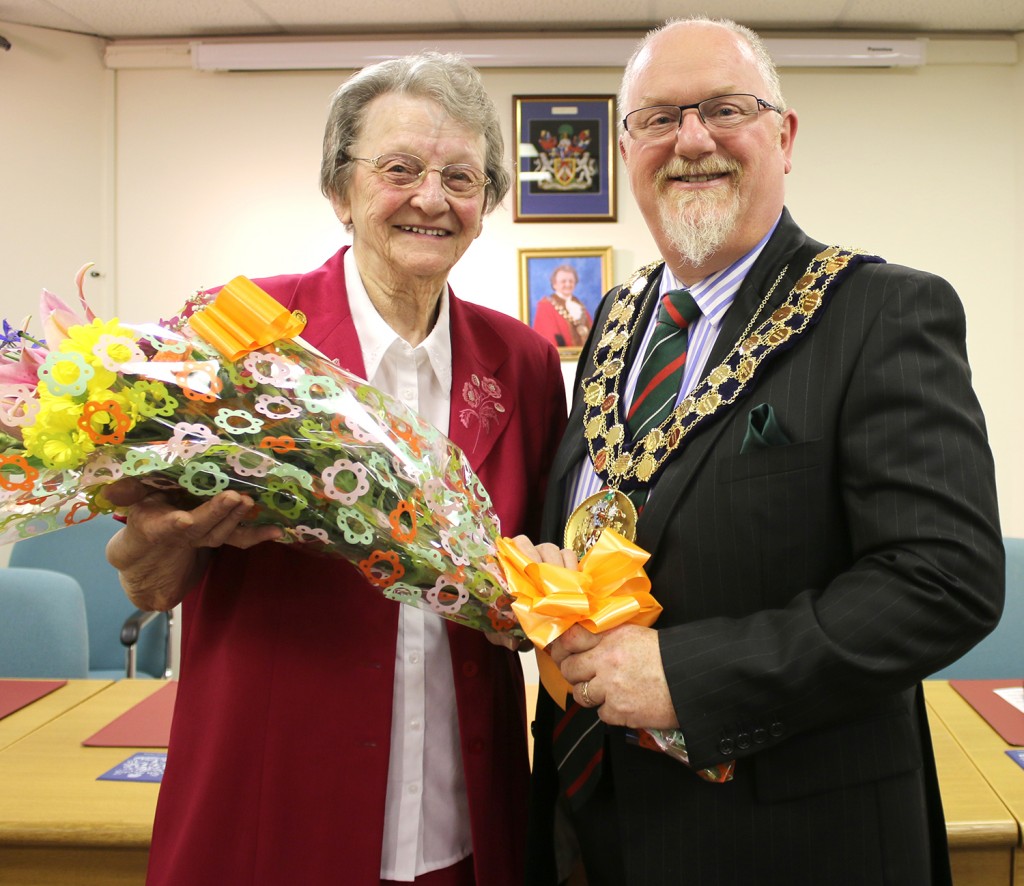 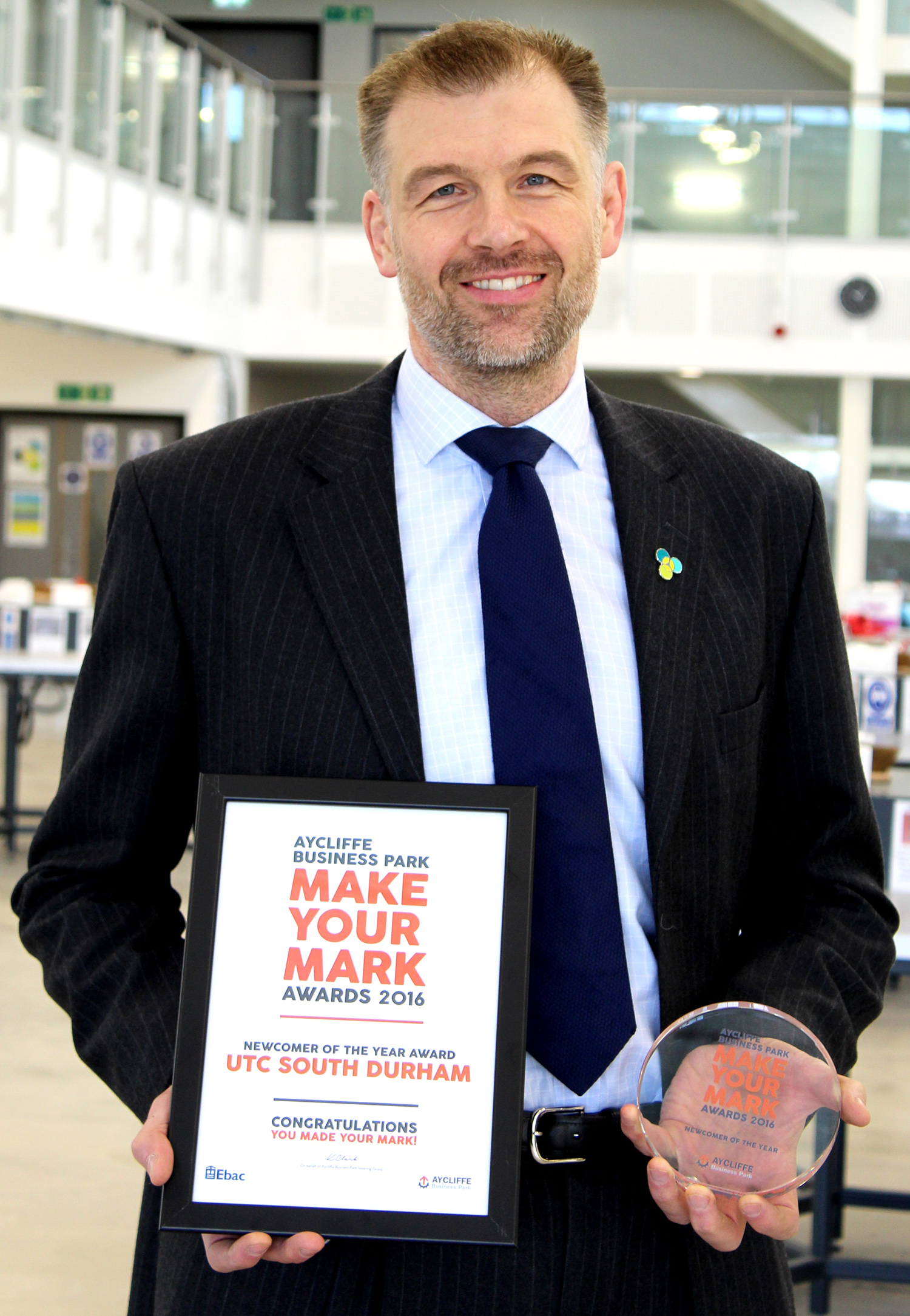