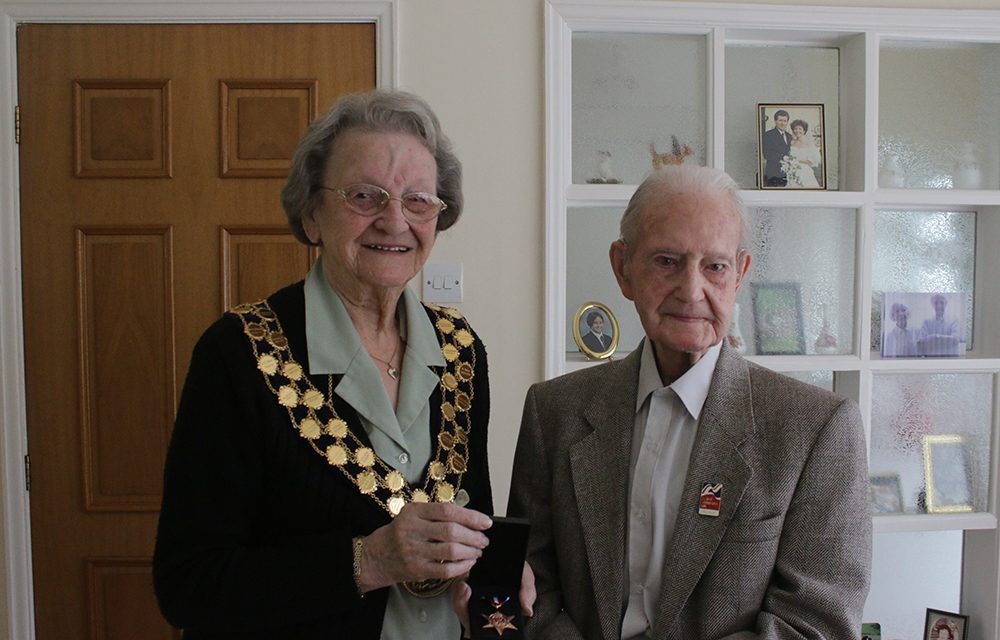 From Burma to Newton Aycliffe

Just when Harry Wilson, aged 95, thought he had finished with winning war medals for his country, there was a surprise in store for him.

Harry, who lives with his wife Vera, has lived on the town now for over 70 years, since leaving the Royal Navy, and was one of the first residents of Newton Aycliffe, his name was on the drawings of the first pre fab houses built in Clarence Green in 1947.

His family, who also live on the town, were asked by Harry to apply for his war records, as he wanted something to pass on to his granddaughters Lauren and Rebecca, to remember his contribution as an Able Seaman in the Royal Navy, during WW2 from 1942 to 1946.

Once the records were received, which only showed the basic facts, Harry managed to fill in the gaps with his recollection of what happened whilst on the ships. Some of the exploits are well documented conflicts throughout the war.

His war took him inside the Arctic Circle, The Atlantic, North Africa, Italy, France, Normandy and Burma.

In October 1942 Harry was on the crew of the destroyer HMS Cowdray, one of several ships escorting 3000 American servicemen on board the Queen Mary, that had been seconded by the government for naval use during WW2, sailing from America to the UK. When the Queen Mary collided with HMS Curacao, with crew of 430, cutting it in half, sinking it with 338 lives lost. He recollects they were ordered not to stop to pick up survivors, in case they left the Queen Mary open to attack by the German U boats. Once they had seen the Queen Mary in to port they turned back to look for survivors, of which 70 were rescued. Harry says this was a well-kept secret during the war as they did not want the bad news getting back home.

Later that month they were part of the escort for aircraft carriers taking aircraft for the defence of Malta.

It was in November 1942 while HMS Cowdray escorted troops for Operation Torch, the invasion of North Africa, that they were hit by a torpedo while looking out for U boats, 6 men were killed and many spent the night in the water until rescue ships took them in to Algiers.

Harry was soon seconded to the crew of a Motor Launch (ML) 269, which on 4th July 1944 picked up 12 landing craft full of British and Canadian troops and finally sailed on 5th July heading for Juno Beach and what must be one of the most famous Naval stories of the war Operation Neptune and is now known as the D Day Normandy Landings. They managed to get their landing crafts as close as 400yds from the beach. They returned to England where another 12 landing craft were loaded and they despatched to Juno Beach again, they stayed on to patrol the sea on the watch out for E boat attacks.

After Normandy Harrys war went on longer than most, as his Ship ML269 was seconded to protect the waters around Burma from the Japanese, they took the perilous journey that took them through the Suez Canal, into the Red Sea, to the Gulf of Aden and on through the Arabian Sea, into the Indian Ocean and on to the Arakan area of Burma. He was involved in 2 main conflicts, one in Kokowa, where they took a direct hit and one near Yandoon, when they were hit by a mortar shell and Harry had a narrow escape as shrapnel badly injured a seaman standing next to him, they went on and helped take Rangoon on 2nd May 1945.

Harry was finally discharged in October 1946, this gave him a brief moment to go back to see his family in Kirkcaldy, where he was born, get married to the girl he met in Durham, while on leave during the war. Finally settling in Newton Aycliffe with his late wife Margret in 1947.

There was a surprise in store for Harry as it was during the family meetings over the last few weeks that he described one of the first manoeuvres his ship, the destroyer HMS Cowdray was involved in. They were close escorts to the tankers of the Spitgbergen Fuelling Force bound for Mermonsk in Russia, taking them inside the Arctic Circle. He remembers one of the duties was chipping the ice off of the ship during the freezing weather to stop the boat listing and sinking. It was this recollection that led to further investigation by Harrys daughter Linda and her husband David, to find that he was due to receive another medal, the Artic Star, this is a military campaign medal instituted by the United Kingdom on 19th December 2012 for award to British Commonwealth Forces, as special recognition for those who served on the Arctic Convoys north of the Arctic Circle, during the Second World War.

Harry received the medal last week, but delivery was by post within a brown envelope, the family thought it deserved some sort of ceremony, which prompted them to contact the Mayors office to discuss the possibility of the Mayor making a special presentation. This lead to the Mayor kindly presenting the Arctic Star to Harry at his home last Wednesday. A memorable day was had by all, thanks to everyone involved. 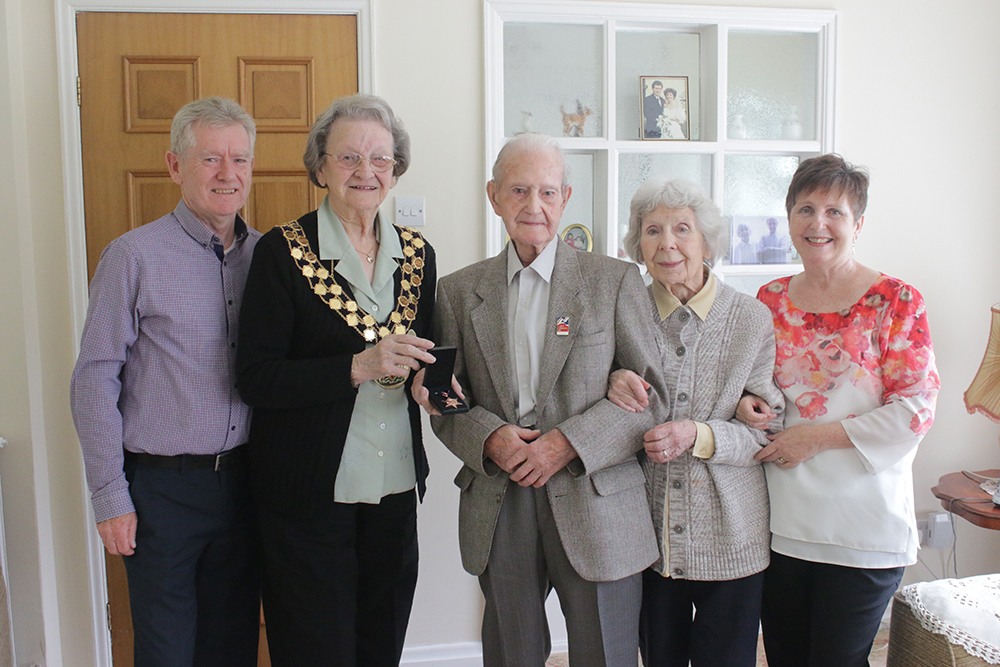 The Mayor, Councillor Mrs. Mary Dalton was thrilled to visit one of the original Aycliffe residents, Henry (Harry) Wilson last Wednesday morning, 14th August. At 95, Mr. Wilson was one of the first to come to Newton Aycliffe in 1947/48 and his name is on the plans for the first houses in Clarence Green. His family gave her a wonderful welcome and she had the opportunity to see his newly received medal, the Arctic Star, which he was given for his service during World War 2 as his ship was involved in protecting the convoys within the Arctic Circle. 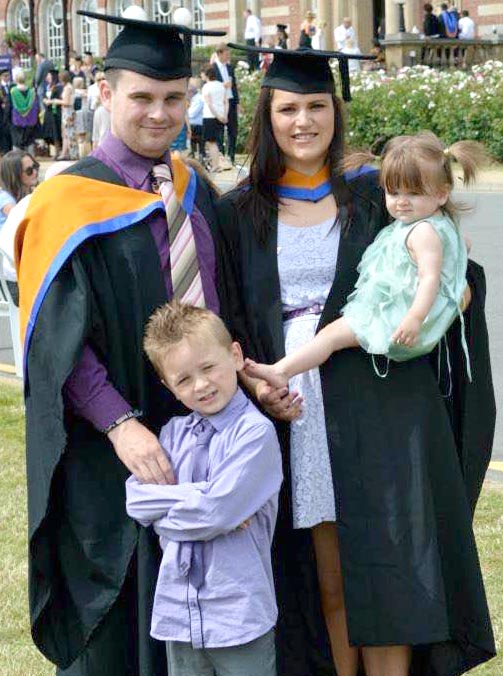 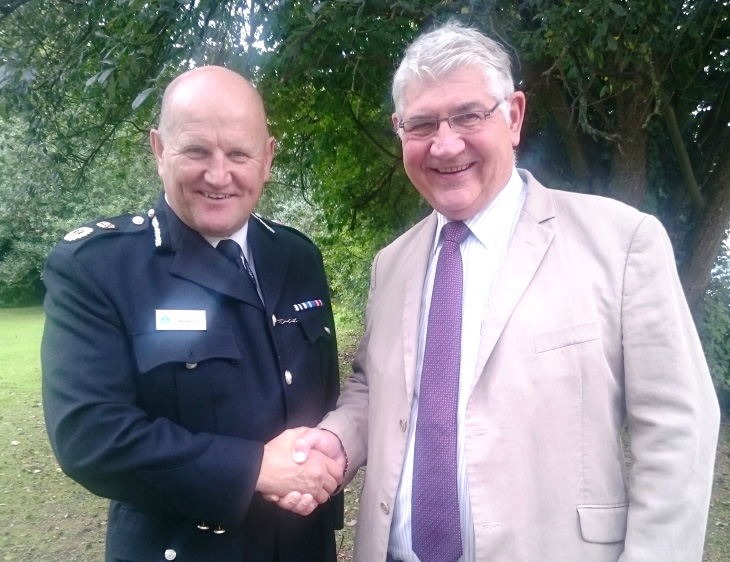 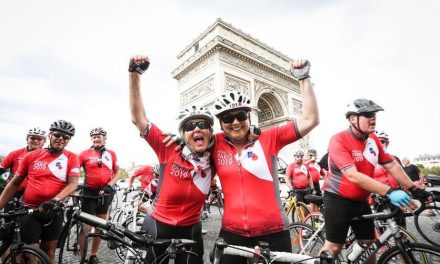