Dear Sir,
I thank Alistair Welsh for his polite and (as always) perceptive reply to my claim that the government is wrecking the north-east economy.
However, may I make three responses?
Firstly, surely it is irrelevant to mention Labour’s handling of the economy? Personally, I disagree that Labour caused this recession but – even if Labour did wreck the economy – that does not reduce the severity of the actions this government is taking against the north east now.
Everybody accepts that the government’s policies are hitting the north-east hard – and to assert that Labour caused the recession does not make those government policies one jot less harmful, less worrying, or less unfair. If Labour really did damage the north-east, surely we need more remedial intervention, not less.
Secondly, it is indeed true that Labour tried to help the north-east by increasing public sector jobs in the area. In addition, every year, the Labour government gave the regional development agency One North East approaching £250million to stimulate the economy, which One North East used to added yearly more than £1 billion gross value to the local economy.
Now, however, this government has abolished One North East and replaced it with a bidding system called the Regional Growth Fund, from which north-east firms have been awarded funding worth £140million over the next three years. Not only is this a real cut of 80% in regional funding, it is a 10% smaller proportion of the national pot than we used to get under Labour.
This is an alarming policy whether you are Labour or Tory – it has nothing to do with party politics, but everything to do with discrimination against our region. And surely we all thank our MP Phil Wilson for raising the issue in the House of Commons.
Thirdly, may I assure Peter Hardy that I am not ‘getting bored of the local scene’! However, I have realised that – if the local Council really is going to enhance townspeople’s lives – we need to have regard to a broader perspective than potholes, politicised venom … even the town centre. Vital though these issues may be, they are secondary to, and consequent upon, the wider issues of economic growth, housing and health.
The power of a Town Councillor actually to affect these broader concerns is arguable, but at least we can monitor what is going on, and be aware of the wider parameters within which we operate, as we try to develop our Neighbourhood Plan for housing and jobs.
Counc John D. Clare 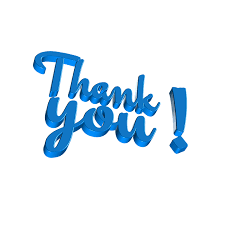 Newton News Does It Again!