I cannot understand the letter from Cllr. Crosby over the Labour Party selection process for County Councillor elections next year.

To select someone you have to be a Party member. but surely the members know what the electorate want and is he saying they really picked the BEST candidates for West Ward, knowing the sitting candidate had won three previous elections? Enid has done nothing but good for Aycliffe and has been cast aside by dodgy voting. I believe this type of block voting should be disallowed and the general public’s view should be considered somewhere in the rules.

I understand there were comparatively few people at the meeting and the vote was swayed by a family of six supporting their relative. Is that the right way to select a Councillor to represent the public who formerly voted in their choice of candidate?

This small branch of Labour Party members have overturned the people’s choice and a family should not dictate the way a Ward is represeted. There should be no surprise if the electors place their vote elsewhere at the election. The process is undemocratic and fundamentally wrong. 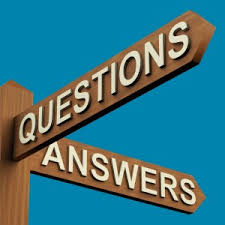 Will the County Council Remove Footbridge at Whinlatter Place?