Dear Sir,
Further to the picture in a recent issue showing an overflowing dog waste bin. The bin on Woodham Way next to the BMX track is constantly full  and overflowing. No sooner does it get emptied before someone always seems to deposit a full carrier bag of rubbish into it!
On the 16th January, I photographed  a cardboard box of Catfood that someone had deposited into a bin? The bin was only changed the day before, so why on earth should such a large item be placed there? Don’t  people have bins at home?
In support of the complaint- all the bins in the Woodham area are regularly overflowing to the point where people end up creating a separate pile of waste on the ground next to the bin. Not exactly conducive to health and safety protocol which we as a nation seem to be obsessed by to the absolute extreme.
I know the Council have been made aware of this problem in the past yet don’t  seem to be very proactive in addressing the issue. Perhaps they would like to comment?
Street wardens patrol the area all the time – surely they could report any issues and therefore have the bins  emptied the following day? I know that currently this does not happen as I have witnessed them drive past yet it can be two, three or more days before the bin is actually emptied.
If this is happening in Woodham I would suspect the rest of Aycliffe is equally affected. Maybe I’ll  just stop picking up after my dogs as should everyone else, perhaps? That way the bins won’t get filled to overflowing. After all health and safety and infection control don’t  seem to matter to the council!
Ian Archbold
Woodham
Editor: The County Council have to make tremendous savings and maybe the bins aren’t emptied as often to save money. The obvious answer in this instance is to have bigger bins or put two bins at the same location. 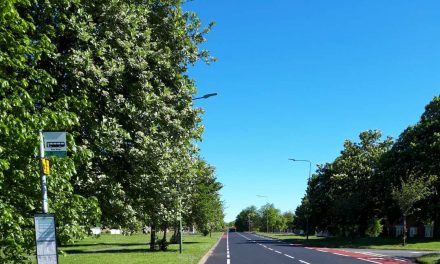