It appears that, having an MP who votes in support of his Party’s Manifesto and in accordance with the wishes of the majority of electors who elected him, is a novelty for Alan Jordan of Middridge.

Our elected MP, Paul Howell, stood on a Conservative Manifesto and with a promise to ‘get Brexit done’. This clearly was not right wing extremism in the eyes of the local electorate.

However, I accept that, from the extreme left-wing, anti-Semitic, viewpoint of a die-hard Momentum/Labour activist, the current Government is ‘right of centre’. Be warned, these people still exist and hold sway in your local Constituency ‘Labour Party’. How else did the local CLP, which claims to have 700 members, manage to endorse Rebecca Long-Bailey as a candidate for the Labour Party Leadership? Why is Rebecca Long-Bailey still a member of the Labour Party when she supported an extreme left-wing journalist who lied about Jewish involvement American police training? The extreme left is trying to turn the BLM movement into an anti-Semitic movement like itself.

Ask your ‘Labour’ Councillor if they are Momentum supporters or members. Ask them if they know how many CLP members are members of, or support, Momentum. You will find that they will not give you an answer. Momentum can only flourish at a local level if they can remain anonymous.

Our MP, Paul Howell is complaining about anonymous accusations. He should just assume they are from Momentum, and respond accordingly. Come the next elections, ‘true’ Labour candidates who cannot differentiate themselves from the current Momentum/Labour Party might as well not bother standing.

Three Dogs Killed Over One Year 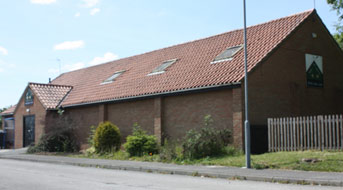 Something for Everyone at the Scout Centre