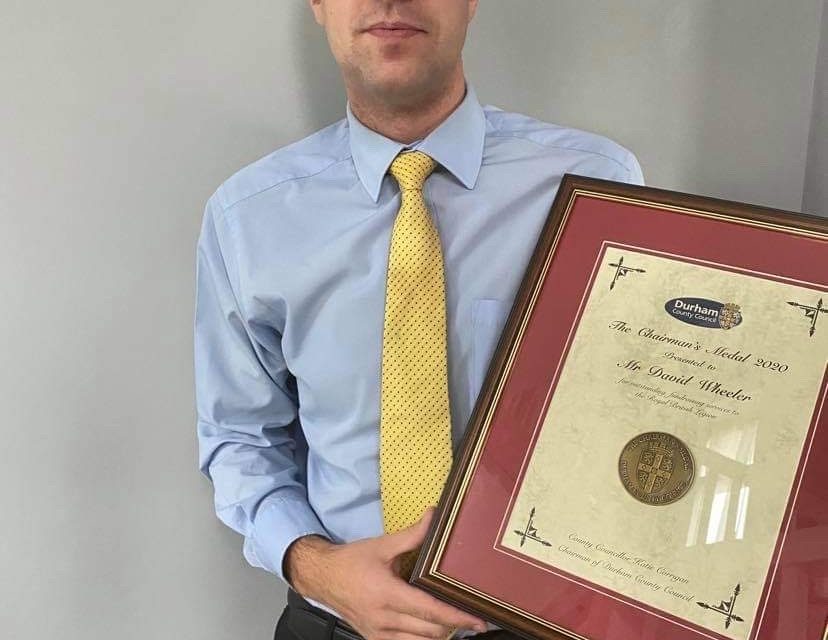 Seven County Durham residents have been recognised for outstanding service to their communities and their fundraising efforts.

The Chairman’s Medal is the highest honour that Durham County Council can award to individuals and organisations for outstanding voluntary contributions to the county.

The council’s Chairman, Cllr Katie Corrigan, awarded medals to the seven residents via online presentations because of the latest coronavirus restrictions.

Raymond Pye, Peter Hall, Eric Hepplewhite and Isaac Emerson have all been awarded the honour for their outstanding voluntary services to their local community.

Raymond has been heavily involved in supporting Sherburn Village community centre where he has acted as treasurer for 45 years, helping with odd jobs, calling the bingo and cooking breakfasts. In addition to his support at the community centre, Raymond has also been a school governor and parish councillor and was a governor at Sherburn House.

Peter has also recently celebrated 40 years of service with the Boys’ Club at Woodhouse Close in Bishop Auckland, where was he was treasurer and on the board of trustees. He is a dedicated member of Woodhouse Close Church, looking after the property and health and safety. He has raised £42,000 for a new church roof and has given up a lot of his time to running the church’s youth clubs, including volunteering for residential weekends and holidays for young people. Over the past 10 years, Peter has also been the coordinator for the church’s luncheon club, meals on wheels and day club.

Meanwhile, Eric has been involved with youth work, particularly with the Boys’ Brigade for decades and is chairman of the Campaign to Protect Rural Lanchester. He is a member of the village’s Emergency Team and has for the last twelve years been Chairman of Croft View Halls, which are used for community activities. In those twelve years he has helped to modernise and ensure that the halls are a community asset for the village. Most recently he spearheaded ‘Lanchester Remembers’ and Project Poppies to honour those who’ve lost their lives serving their country, which raised £14,700 for the Royal British Legion.  He was also responsible for organising the planting of 20,000 crocus bulbs on the village green.

Seventeen-year-old Isaac was nominated by the council’s Weardale Area Action Partnership (AAP) for his efforts in setting up a skate park in Wolsingham. The teenager met with his local parish council, spoke at public meetings about the benefits of the park and set up a Facebook campaign to encourage his peers to support the plans.

Awards were also presented to Harold Joseph Binyon, Julia Errington and David Wheeler for their outstanding voluntary fundraising efforts, having raised huge amounts for causes close to their hearts.

Harold, a retired fire fighter from Howden le Wear, has personally raised over £200,000 for the Fire Fighters Charity, organising open days, firework displays and fundraising evenings to support a charity that is so close to his heart. His incredible fundraising efforts have also been recognised with a British Empire Medal in the Queen’s recent honours list.

Meanwhile, Pity Me resident David, who first started raising funds for the Royal British Legion while he was school, now spends two weeks of his annual leave based at Sainsbury’s at the Arnison Centre to raise money for the charity. According to the Royal British Legion, he has contributed over half a million pounds in the time he has volunteered, raising £15,000 in the last eight years alone.

Julia has also raised a huge amount of funds for many charities over the last few years including Hartlepool Chemotherapy Ward, St Oswalds Hospice, Durham Foodbank, the Great North Air Ambulance Service, the Alzheimer’s Society and The Firefighters Charity.  In addition, she has hosted many events across County Durham, such as afternoon teas and race nights, to bring communities together for worthy causes.

Presenting the awards, Cllr Corrigan said: “These medals are tokens of appreciation to Peter, Isaac, Eric, Raymond, Harold, Julia and David. Their incredible commitment and hours of unpaid work and fundraising are helping to transform communities across the county and make a real difference to neighbourhoods and good causes.

“Each and every one of these recipients is setting a wonderful example to others and I would like to thank them for their dedication.” 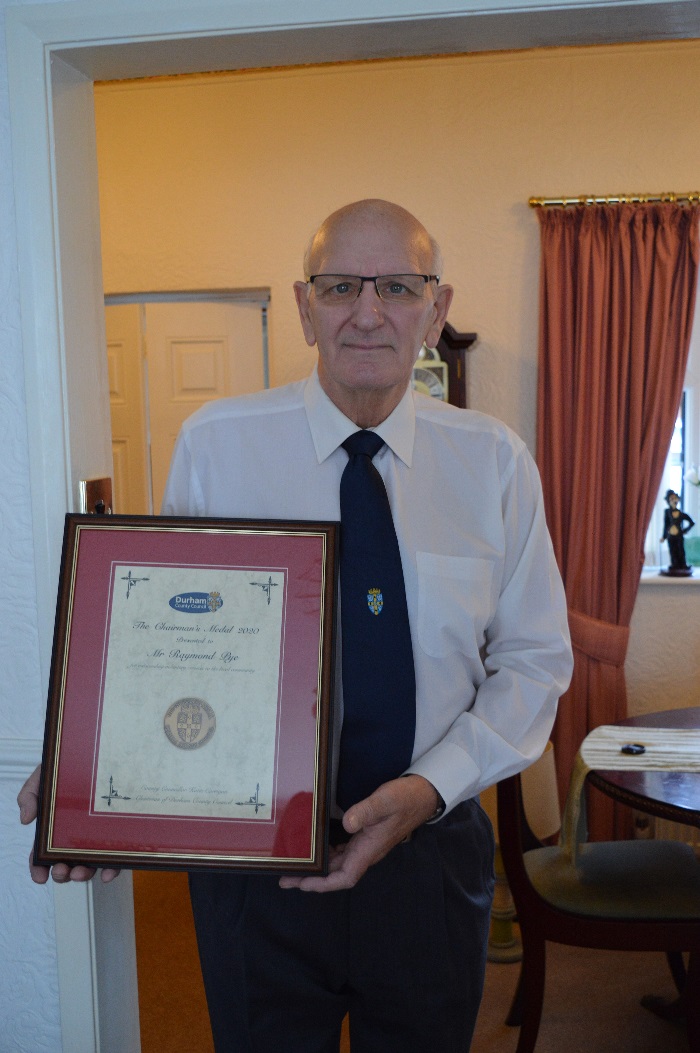 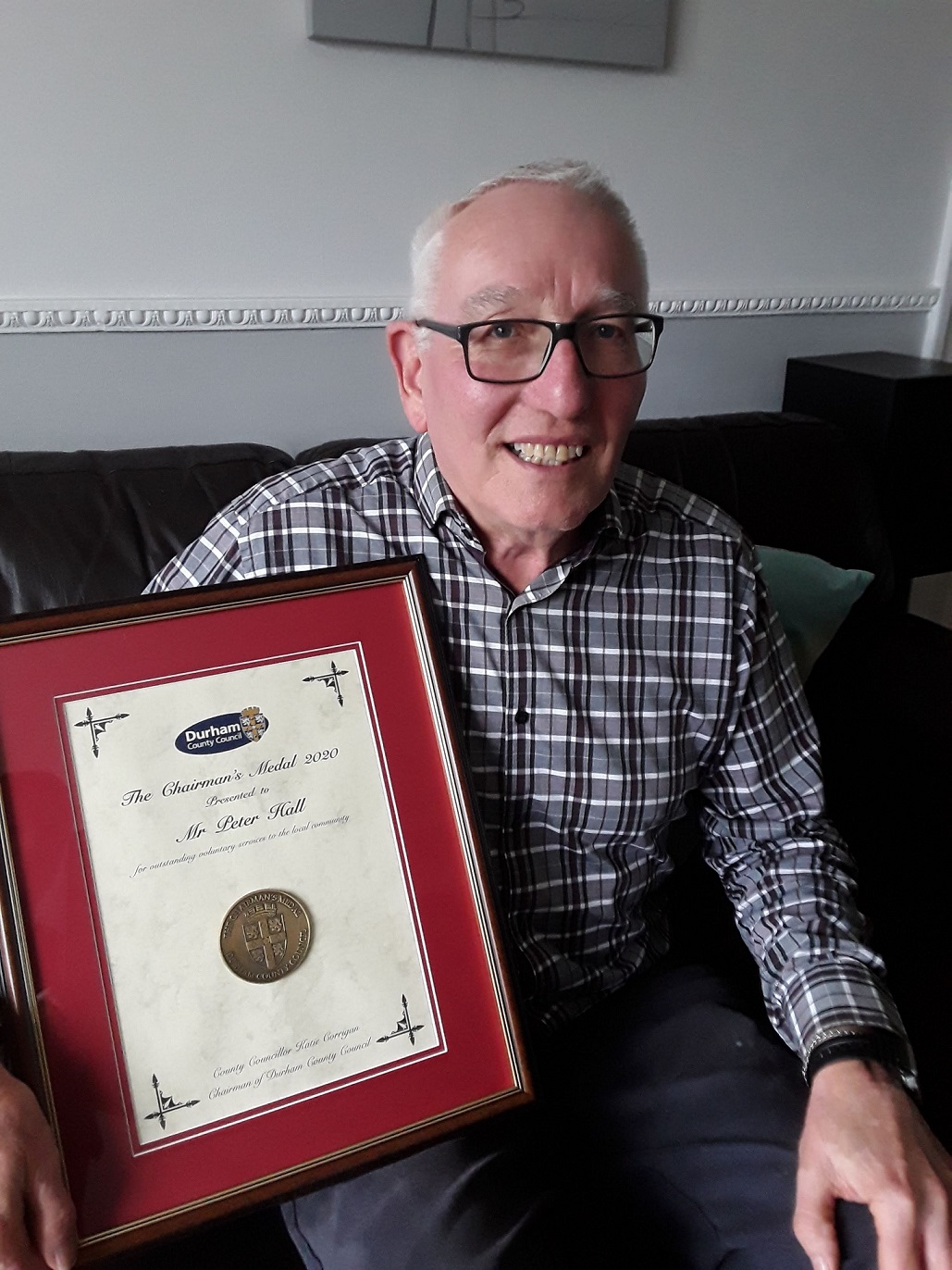 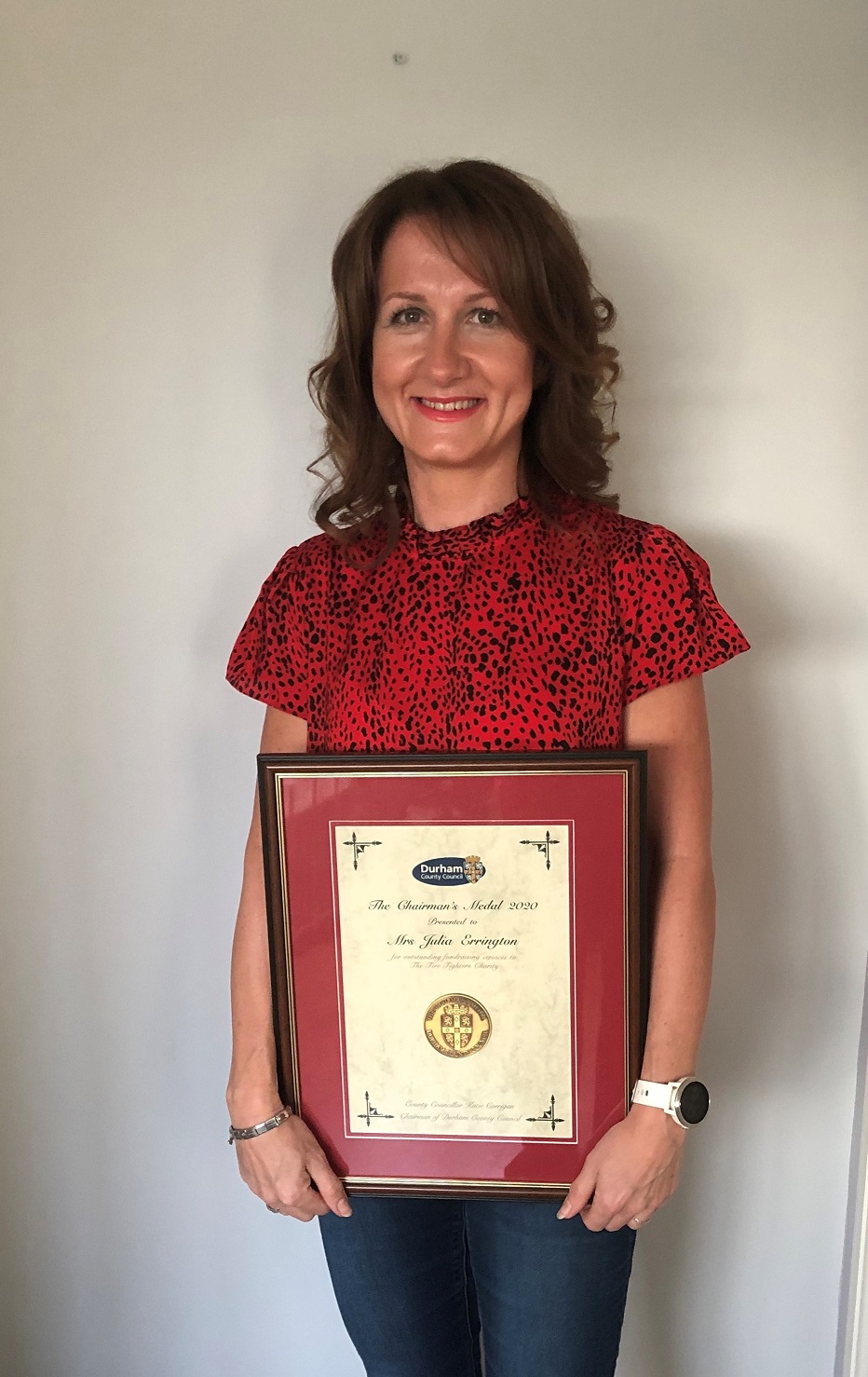 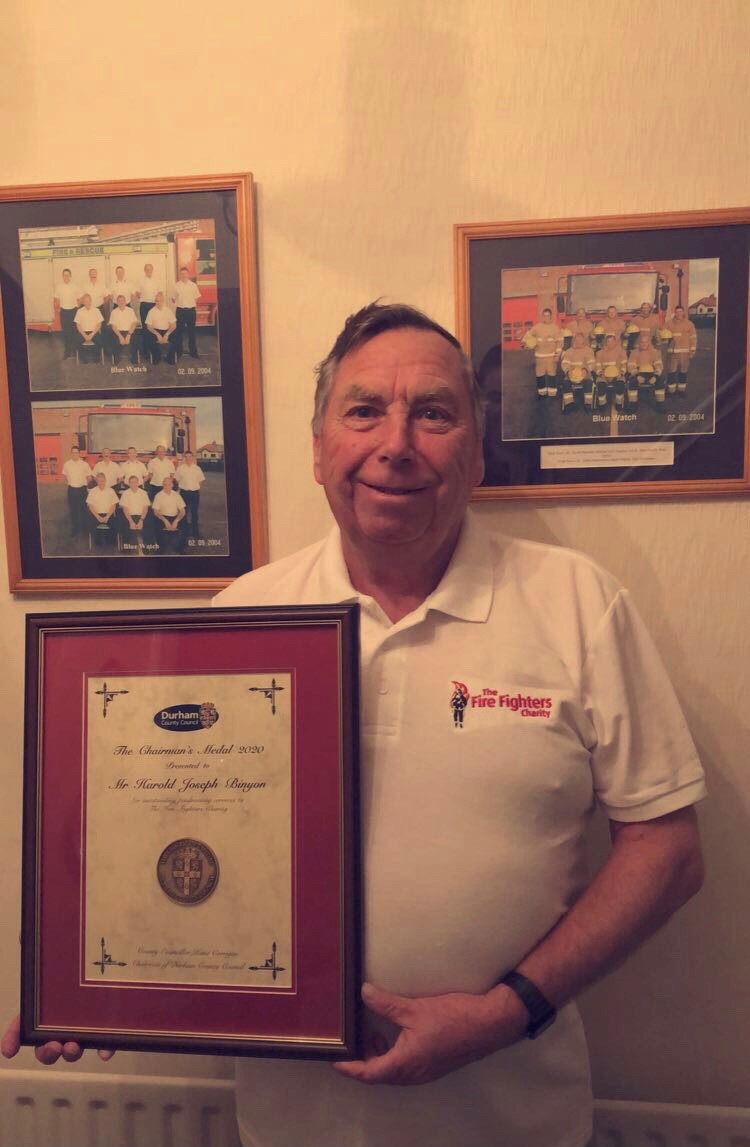 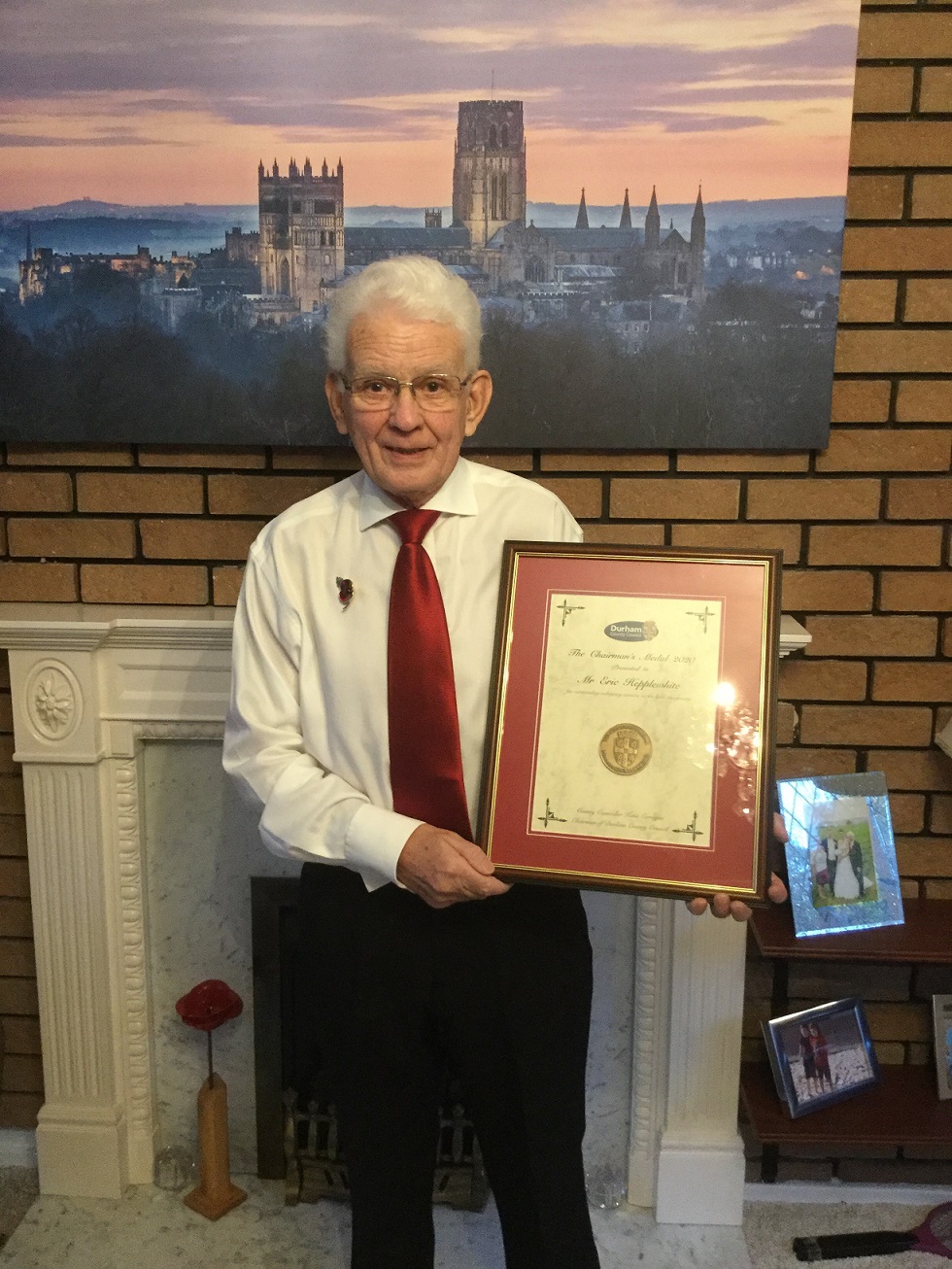 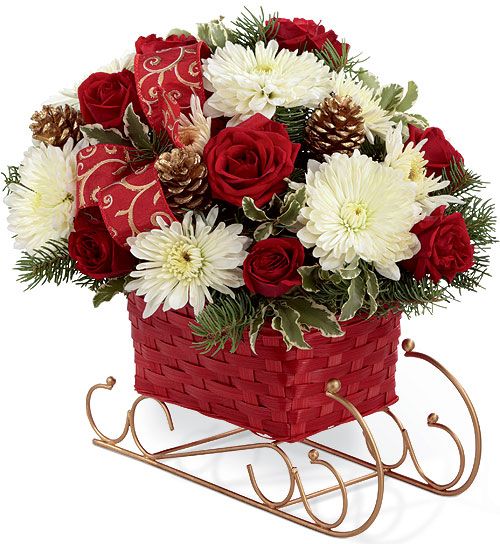 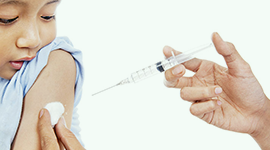 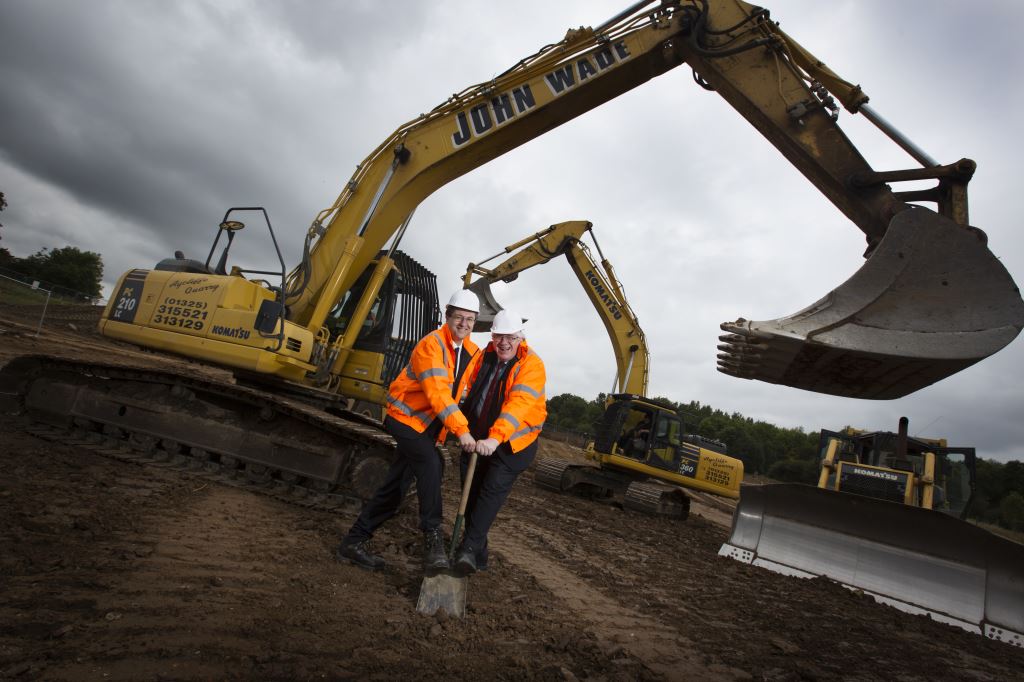