Dear Sir,
There is an important ongoing consultation on draft master plans for settlements in County Durham, one being Newton Aycliffe. Details are on the durham.gov.uk website under consultations (responses to spatialpolicy@durham.gov.uk by 14 January).
The draft focuses on the town centre, but does not offer strategic solutions, only some potential projects. As with the recent town centre facelift project, none of these address the underlying issues.
The town centre was designed to fulfil the needs of its residents and was never intended to be a regional shopping or leisure hub, like Darlington or Bishop Auckland, both within easy travelling distance. It is essential to recognise this as a reality.
The draft identifies as a disadvantage that the town centre is ‘inward facing’. Most buildings date back to the earliest days of the town and are functionally obsolete. Many businesses have failed, due mainly to new and bigger entrants, cost base (rent and rates) being too high, or generally falling high street demand due to retail parks and the internet.
The big advantage of our town centre is easy access, which has been compromised by closure of the main car park. This enabled shoppers to park freely, close to the ‘high street’ shops and under cover in inclement weather.
Tesco and Aldi have adjacent free car parks allowing shopping to be easily transported by trolley to a car. They appear to be thriving and both are located in new purpose built buildings, not pigeon-holed into older units.
The draft talks about moving the Bewick Crescent doctors’ surgery and having other unspecified development in place of the multi storey car park, the adjacent car park opposite the care home, and the block of shops and offices housing the former Nat West branch, and also developing the Bewick Crescent car park.
Where would people park to access the doctors’ surgery and town centre? There are now dedicated car parks right outside the current surgeries, and there is a strong argument for keeping the surgeries out of the town centre, one essential requisite being the facility to drop off immobile people right outside the door, another to have an adjacent car park and proximity to a bus stop.
What is the coherence of demolishing one block and leaving the others? If there is a strong case for demolishing this block, there has to be a strong case for demolishing the others and having a phased rebuild of the entire town centre.
The draft refers to creating a leisure zone to improve the evening economy opposite Lyon Walk. This ‘evening economy’ was discussed in producing the neighbourhood plan, and was not welcomed by many people. Aiming to attract young revellers into the town centre next to an area predominantly of OAPs might not be a great idea. Revellers can go to Darlington or Bishop Auckland, where the infrastructure and police presence are more geared up and such businesses are already established.
The Government is pushing cycling and walking, but the vast majority of essential shopping is done from a car, and much of the rest involves a taxi. Very low volumes of shopping are done by walkers or cyclists.
The draft refers to improving links to the town centre by improving the network of cycling and walking routes. I see no prospects of such an approach making a significant difference to town centre trade, whereas reducing and distancing parking will almost certainly adversely affect it.
Newton Aycliffe is a new town designed in the age of the car and is too spaced out to expect significant numbers of people to use cycling or walking as their main means of getting around, especially when it involves carrying shopping. This is a reality which the authors have overlooked or ignored.
Another big issue, overlooked by the draft plan, is increasing congestion associated with unrelenting house building and population growth. The County declared a climate emergency, but continues to destroy green field areas by building yet more housing on it. I strongly believe that a line should be drawn on building on green field sites, including the proposed 1,400 dwellings at Copelaw, which will destroy prime farm land and reduce connectivity by further increasing congestion on the A167, by extra volume and by requiring another two junctions on it.
The NPPF points towards consideration of residential housing in town centres. If the space isn’t demanded for other uses, and there is a demand from DCC to accommodate more people, why has this not been considered as an option? Much better to build on brown field than on green field.
John Snowball
This is a curtailed version of the contributor’s letter, the full version can be found on the Newton News website – www.newtonnews.co.uk 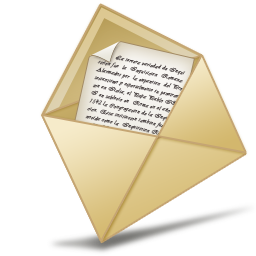 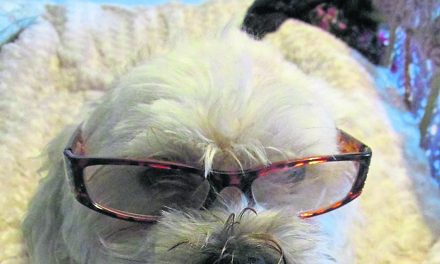 From a Dog of this Parish 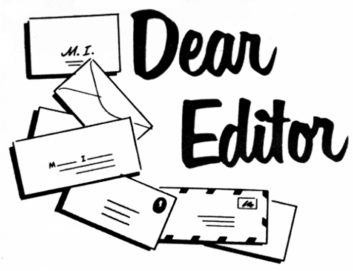