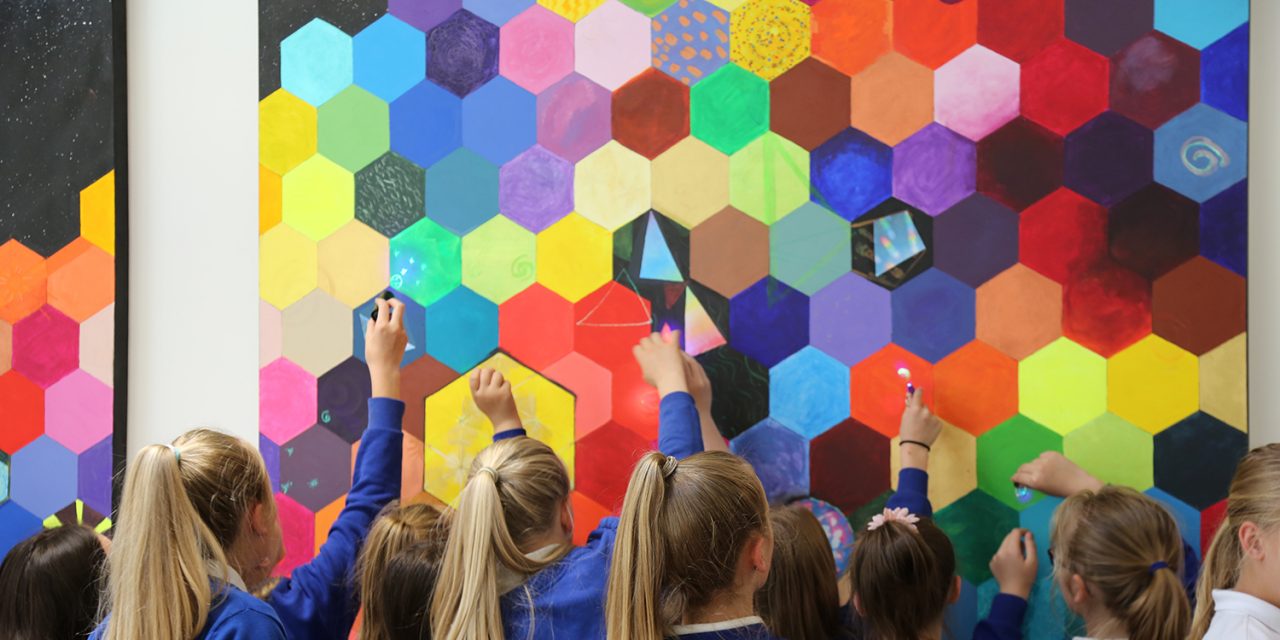 The piece comprises three large panels created by North East artist Mel Connell, based on the children’s interpretations of the pioneering astronomy and cosmology research undertaken at the University.

The artwork was developed over six months, through the ‘Changing Cosmic Perceptions: An Exploration of our Universe’ Project.

Each school hosted three sessions, on three different themes: The Observers, led by researchers from the Centre for Extragalactic Astronomy (CEA); The Creators, with the Centre for Advanced Instrumentation (CfAI); and The Dreamers, supported by the Institute for Computational Cosmology (ICC).

All three are research groups within Durham University’s Physics Department. Staff at the CEA observe the Universe; staff at the CfAI develop state-of-the-art technology; and ICC staff investigate the origins and history of the Universe.

As the researchers and children worked together, the children created paintings and computer-based images based on their learning and interpretation.

Then between April and June, Mel Connell worked with the children to turn their ideas into the artwork for the Ogden Centre.

The finished piece was unveiled at the Ogden Centre for Fundamental Physics on Thursday 27th June, when the children spoke about the project and what they had learned.

Adele Watts, year five class teacher at Byerley Park Primary School, said: “The pupils have really enjoyed all the science experiments and the equipment that we have been able to use during the project, and have been really keen to come to the University to share their learning. We’re so pleased with the artwork. Seeing all the different light effects that the children explored, and the fact that the children are able to share and touch the work which you are not usually able to do. It’s just great for them, and they’ve had a really great time.”

Victoria Fawcett, who is studying for an astronomy PhD on black holes, was one of the physicists involved in the project. She said: ‘It was fantastic to see how enthusiastic all the children were about astronomy. I ran an activity where we explored objects falling into black holes. It was great to see everyone excited about my subject. Sometimes it’s nice to be reminded that the work I do is really interesting and I’m grateful that I get to do it every day.” 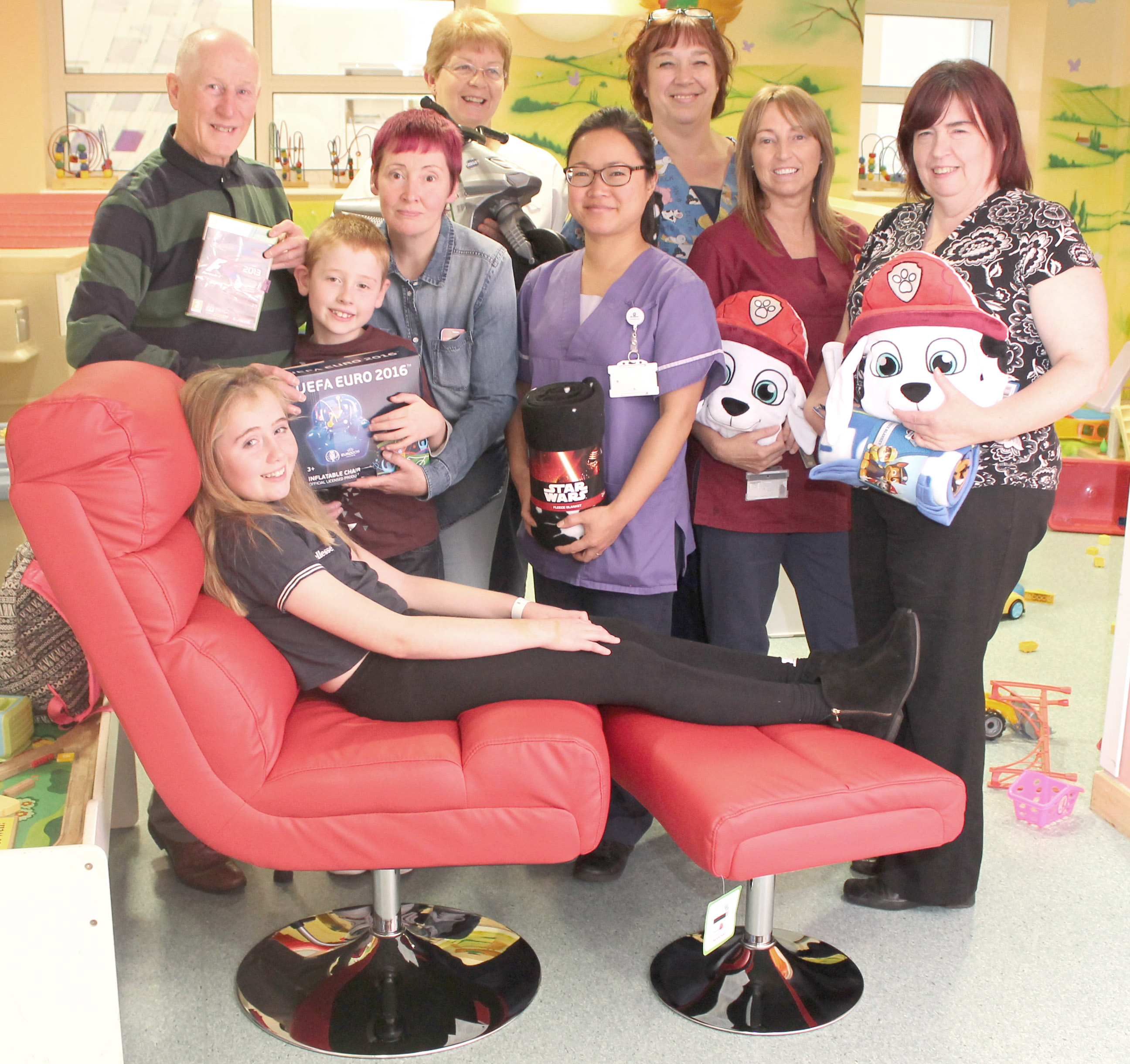 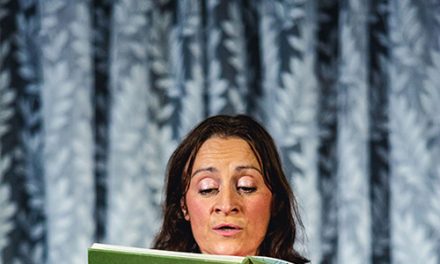