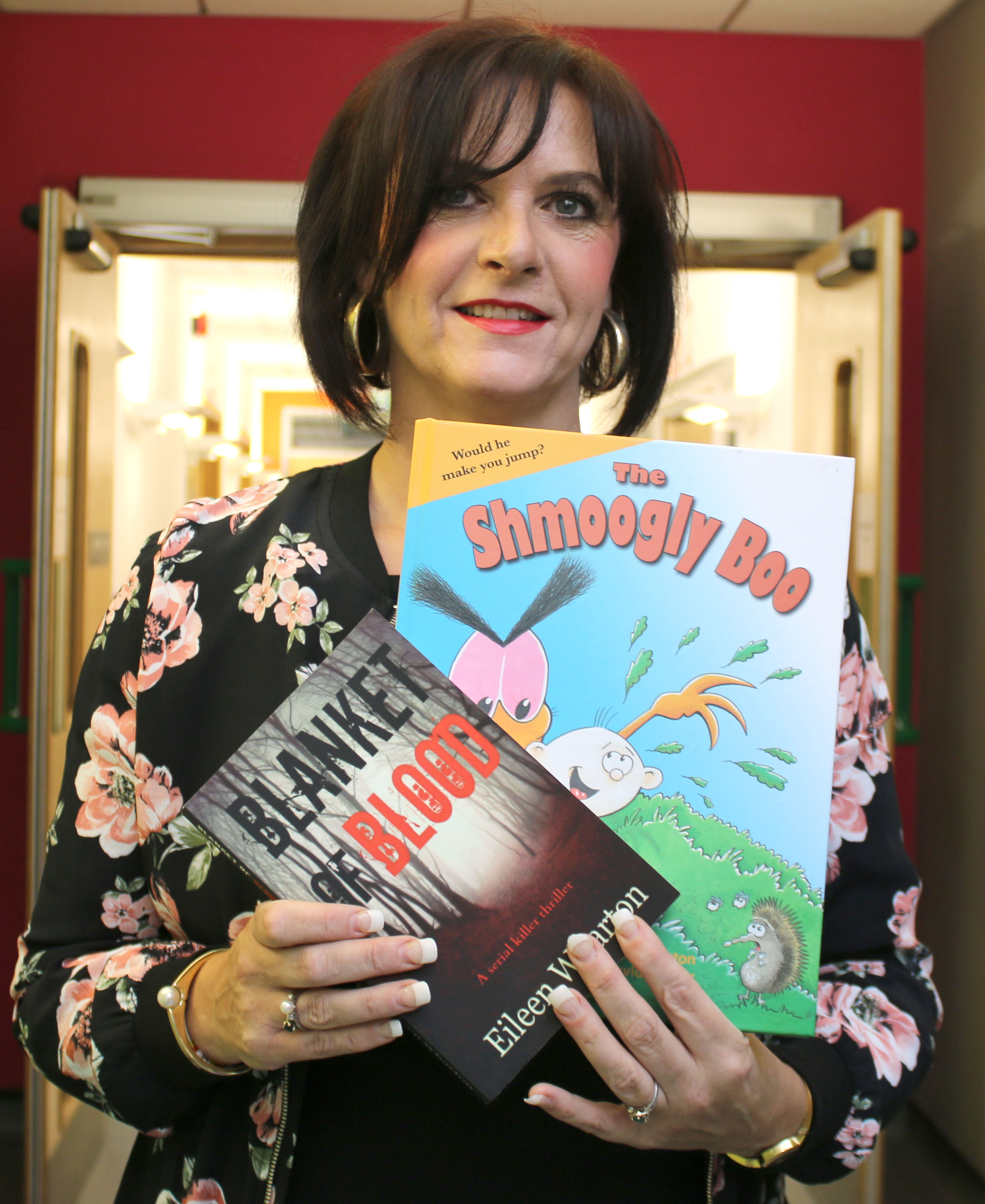 Greenfield Teacher, Eileen Wharton, has always told stories and remembers telling friends when she was a schoolgirl that Batman was her uncle! She also made her own books out of bits of paper so always had a desire to be a published writer. She is mother to five ‘lively’ offspring ranging from twenty eight to nine years of age and all the time the kids were growing up she wrote stories. In 2002 Eileen was awarded a Northern New Promise Award and has won various prizes in National short story competitions. Her first novel with a controversial title, ‘Shit Happens’ was published in 2011 to worldwide critical acclaim. She also won awards for exaggeration which topped the Amazon humour chart so  she is officially a best-selling author. Eileen’s first children’s picture book, ‘The Shmoogly Boo’ was published last year by Hogsback books and another is in the pipeline entitled, ‘My Dad’s Better than Your Dad.’ That will be illustrated by Aycliffe Artist, Graham Stead. Her first crime novel, ‘Blanket of Blood,’ published by Bloodhound Books, is launched as a paperback on Friday 28th November. The ebook has sold very well and Eileen is working on the sequel “Tears, Hair and Gnashes Teeth”. Eileen teaches English at  Greenfield Community College and lives in Bishop Auckland. She told Newton News she has never eaten Kangaroo testicles, is allergic to cats and has a phobia for tinned tuna! Readers may want to read books by this very interesting character. 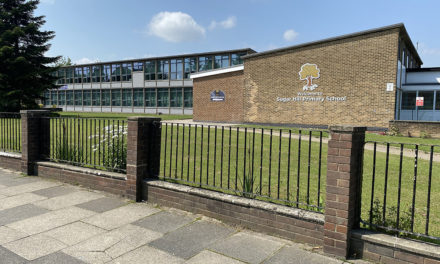 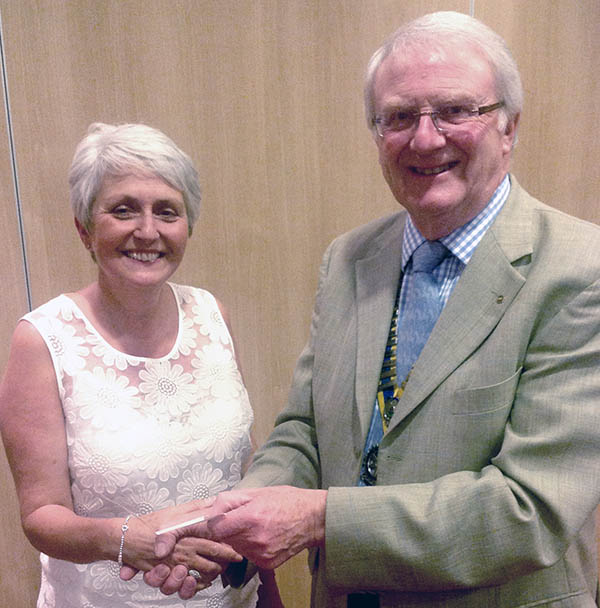 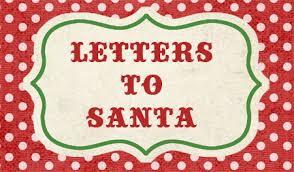 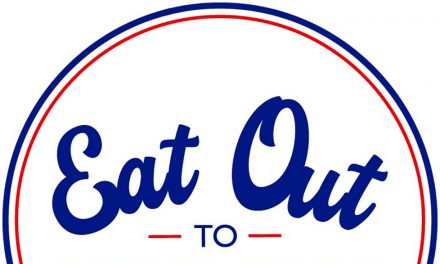 Eat Out to Help Out – Look for the Logo